Jōnin of the Iga Ninja

One of the three head ninja who manage the shinobi clans in Iga Province, currently on contract with the Hashinara Clan along with her direct subordinate, Tsukuda Katsuo. Despite her small stature, she possesses a professional, if excitable attitude, and an iron-hard determination that allows her to fight on even when gravely wounded. In combat, she skillfully wields two large scythe-like kama, and outmaneuvers opponents with her greatly superior agility. She has few hobbies outside of training and arguing with Katsuo, but can be occasionally seen training hawks with the hunters of Wakigami.

Bansenshukai (萬川集海): Whenever Fujibayashi Nagato uses her Infinium ability to relocate behind or to the flank of an opponent, her movements are so quick that, for a few seconds, she appears to be in multiple places at once. Any time she successfully uses this ability, she creates "clones" of herself that mirror her movement. These clones vanish when attacked, but regardless of in which order they are destroyed, the real Nagato is always the last instance to be attacked. When moving to the flank of an opponent, one clone is created to the side of that target. When moving behind an opponent, three clones are created at each side of the opponent, resulting in two and four apparent copies of Nagato, including the "true" instance, respectively. These afterimages last until they are destroyed, Nagato disengages from the opponent, or until the start of her next turn, whichever comes first.

Fujibayashi Nagato entreated the help of the Hashinara Clan through her subordinate, Tsukuda Katsuo, who approached them when he heard that the clan was interested in hiring ninja. Agreeing to his terms that the Hashinara would assist Nagato in defeating the revolutionary elements known as Igamono, in exchange for the Iga Ninja serving them without pay for a period, Katsusada Shishauezaemon and his generals set out for Iga.   Upon arriving in the province, Katamoto and the others met Fujibayashi Nagato in a tea house, where she explained that she had put out word that she would be meeting with reinforcements at this very place, and was expecting an ambush. Sure enough, a hulking ninja named Crocodile burst through the wall, surrounded by lesser ninja, and engaged them in combat.   Ishikawa Goemon killed a kunoichi directly behind Crocodile, and Nagato followed up, moving so quickly she seemed to teleport behind him and delivered a blow with her kama which ripped his arm off at the shoulder, sending him dead to the ground in a spray of blood. The surrounding Igamono ninja, however, saw their opportunity, and surrounded Nagato, using their numbers to their advantage as they overwhelmed her with attacks. She was unable to dodge all of them, and one of the ninja managed to land a powerful blow which broke her shoulder before Ryūzaki Sanosuke arrived and drew the attention of some of her attackers.   Though she fought well, even while clutching her shoulder and grimacing through the pain, it seemed as though Fujibayashi Nagato would be defeated, but another ninja, one Momochi Sandayu appeared at the last moment and cut down her attackers. Nagato recognized Sandayu immediately, and his appearance seemed to instill in her feelings of bittersweet sadness. Momochi, however, simply stated that his debt was paid, and vanished from the battlefield.   Nagato proceeded to reenter combat, slaying another few ninja while the Hashinara generals and Tsukuda Katsuo wore down and defeated Stoplight and Vengeance, the other Igamono leaders.   After the battle, she explained that her ploy had been more successful than she could have imagined, despite her injury, as all three leaders of the Igamono revolution had appeared and been subsequently defeated. As the public defeat of the revolutionary elements left her position in a significantly more stable state, she agreed to work for the Hashinara clan for free for a month, after which they could discuss a contract, as well as bestowing upon them a squad of Iga ninja to do with as they would.   After the events at Iga, Fujibayashi Nagato aided in the search at Kongobu-ji before returning to Wakigami and remaining there to rest and recover from her broken shoulder. Because of this, she did not participate in the reconnaissance for or the battle itself at Awa Harbor.   After several days, she had recovered enough to participate, and made her way across the strait, joining the Hashinara forces in time to take part in the battle of Sanuki Province, but was knocked out almost immediately in an engagement with an enemy Nue.   Nagato served the Hashinara for several weeks after these events, often acting as a messenger when a high-speed correspondence was required, but not seeing much actual combat. When Katsusada Shishauezaemon announced a tournament to celebrate his clan’s declaration of war on the Oda, however, she entered as a participant.   Her first match was against lauded defender and head of the fictitious Yamashiro Vigilante Association, Tsutsumi Hōzan. Despite Hōzan’s defensive skills, however, Nagato finished her in a matter of seconds with a well-timed sneak attack which knocked her opponent immediately unconscious.   Nagato’s second match had her scheduled to fight the Masked Swordsman, now revealed to be Akechi Mitsuhide. Her opponent failed to show for the match, however, causing her to win by default. - After the short war between the Hashinara and Oda Clans, during which Nagato used her speed to act as reconnaissance but otherwise played no notable role, she returned to Yamato Province and engaged in her third match once the tournament resumed. Her opponent was Hakutaku, a powerful time-manipulating Yōkai. As with all of Hakutaku's previous opponents, Nagato was unable to breach her shield, and was subsequently shrunk to a quarter of her size by the youkai's magic, her legs rendered useless to prevent her escaping. Though the result of the match was somewhat confused at first, Katsusada Shishauezaemon declared it a victory for Hakutaku, and Nagato was moved to the losers' bracket.   When learning about the attack by Ninja Ranger Igaman that killed Katsusada Shishauezaemon, alongside Takenaka Hanbei's reasoning that it must be Hattori Hanzō, Nagato refused to comment on the other ninja or his abilities. She claimed ninja honor, and stated that he would do the same for her in such a situation. She did, however, receive orders from Ryūzaki Sanosuke to make preparations to deal with the threat, and proceeded to do just so.

Vanquisher of: Slayer of: 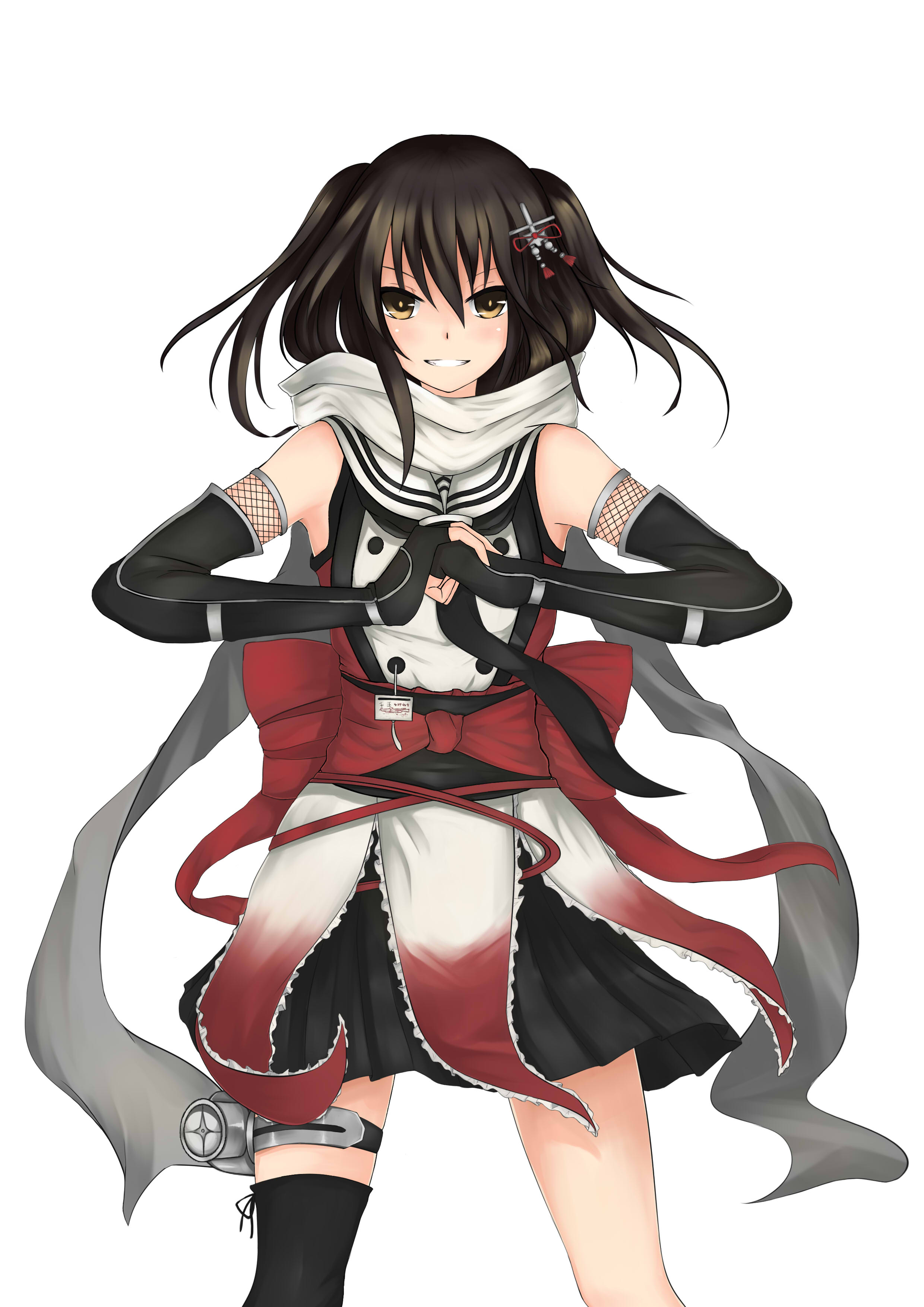