A ranking member of the Kōga Ninja, having undergone special rites to join the enigmatic group known as "Kōka-no-mono". These elite shinobi undergo a secretive initiation said to involve the ritual consumption of Yōkai flesh. In the case of Ōgon no Hakuhen, the resultant transformation warped him into a creature clearly inhuman. With golden skin and a six-eyed mask fused to his skull, he towers over his comrades. While an incredible enhancement to his already keen knowledge of martial arts, the additional arms are also a curse. Only two sets are actually usable; the third lacks the same strength and, while movable, acts mostly as dead weight. Hakuhen has trained to be able to move quickly even with this heavy drag on his torso, but the curse has perhaps held him back from even greater heights 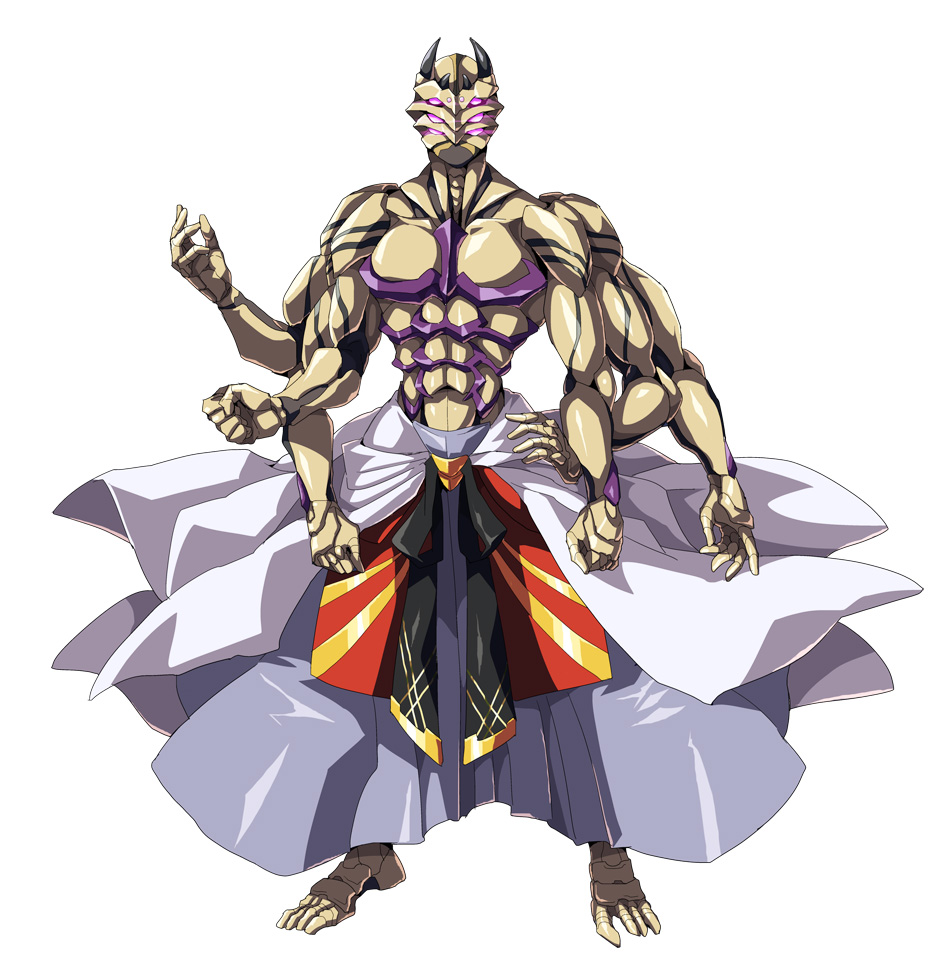