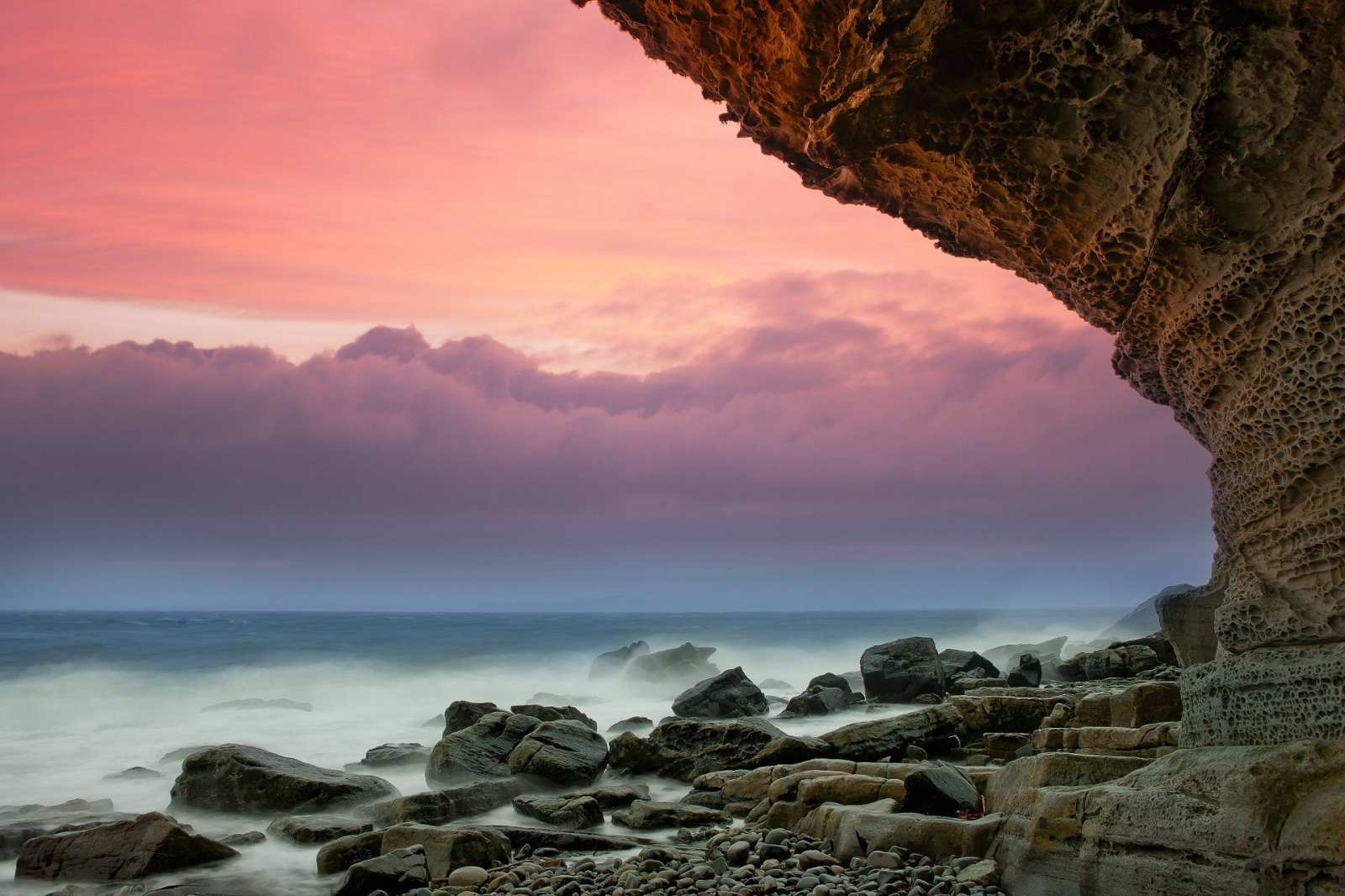 The Giant Kingdom is also called the cradle of civilization, as it was the first civilization to ever get together on Totania. Dragons, or more specifically the many Dragons that call themselves Dragon Lord, had existed prior to them, but the Giants were the first to build a settlement and claim land as a united people. 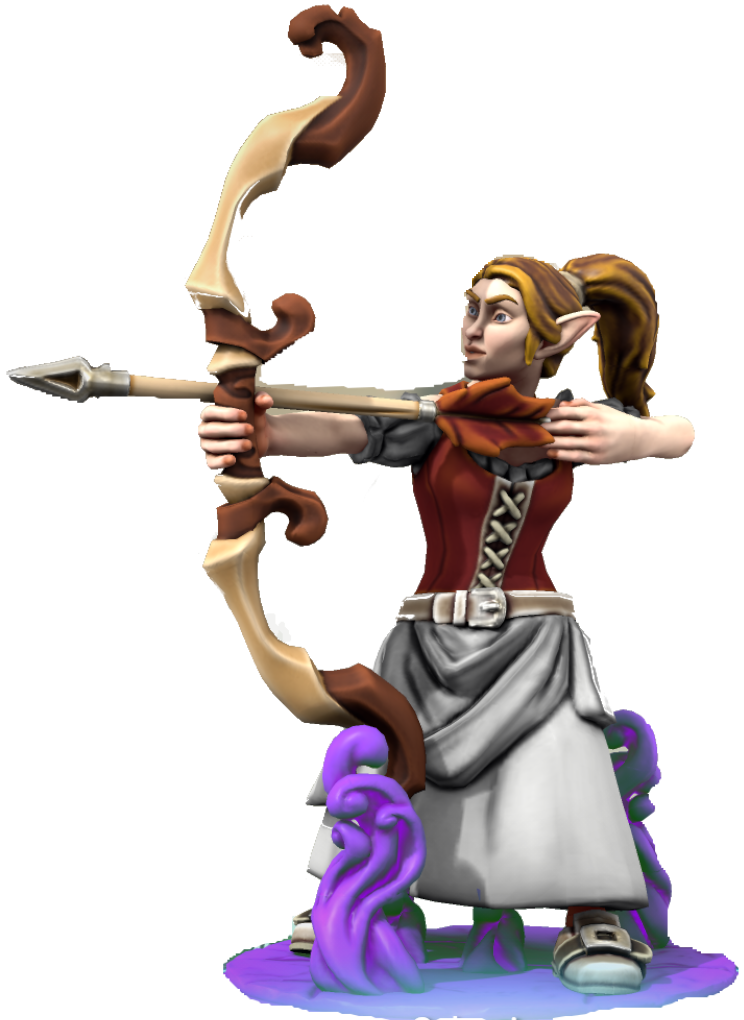 Sehanine by Jarhed
The Giant Kingdom is one of the largest civilizations in history, spanning from the south-eastern tip of Moroza to the north-western coast of Elone. It was actually not incredibly populous, as much of its land was dedicated to making giant buildings to house the few residents it did have.   Founded in -2,000,000, the Giant Kingdom boasted a military that was able to repel even the Dragon Lords. Had they more time to build, they could have spanned the entire world. Yet there was one thing that could step them: The Gods.   More accurately, one Goddess who went by the name of Sehanine. Sehanine was known as the Jealous Goddess and had already copied many creations of Gods, such as making the Moon in response to the creation of the Sun.

The Giant Kingdom worshipped three Gods. First was , second was , and the third was the Nameless God. The Nameless God was their main God at the time, though after the destruction of the Giant Kingdom, most records of him have vanished.   The worship of these Gods by the Giants was the foundation for the modern day Church of Erathis and their Holy Trinity.   It was also these three Gods that created the Giants together, the only race created by a group of Gods rather than a singular God, and it shows in the variation between different Giants. Due to how powerful and seemingly unstoppable the Giants were, the Gods all decided to make races alone to not create such a monstrous force again.

Remove these ads. Join the Worldbuilders Guild
Sehanine had the same reaction to Melora's creation of the Ocean towards the South of Totania. Sehanine wanted an ocean, and saw how much the Giants were thriving. So she decided to put a stop to this. In a single day in -975,000, the entire northern continent was flooded, and the Northern Sea was created instead. 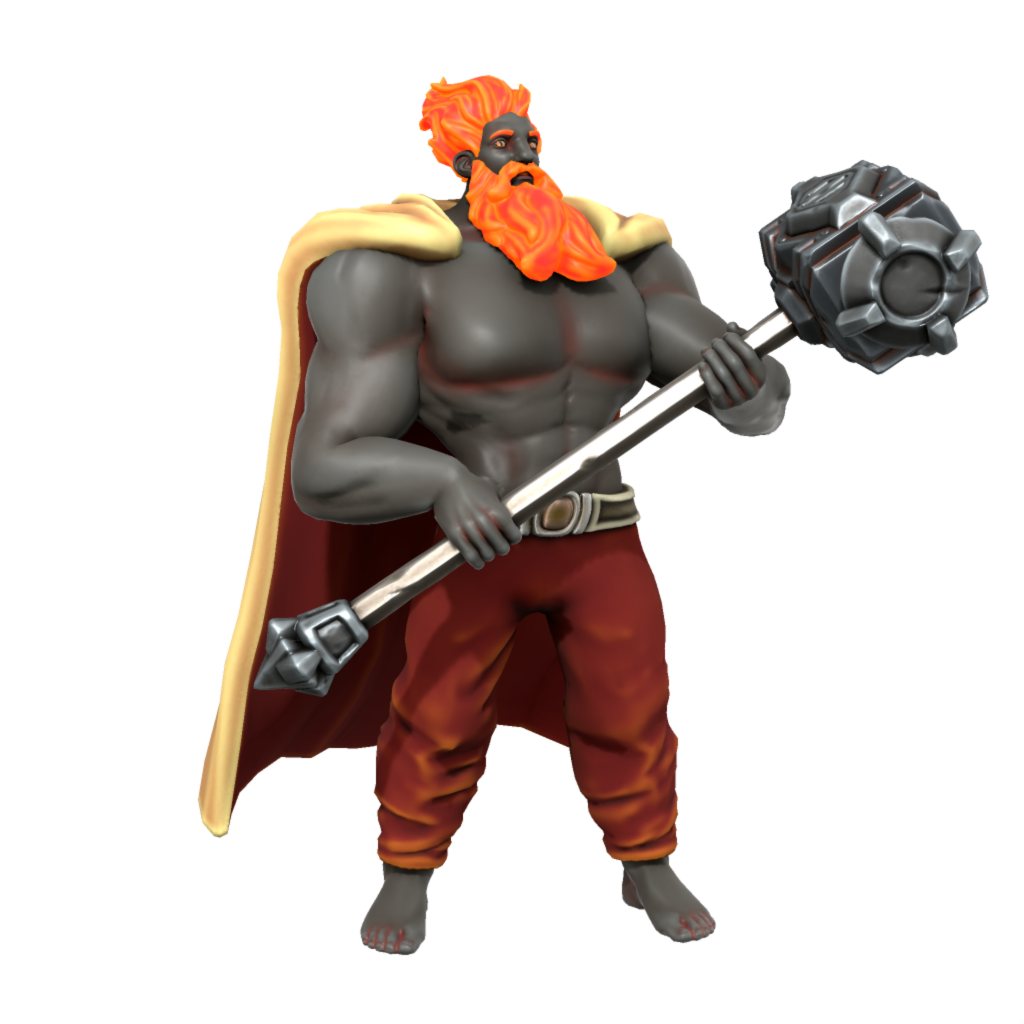 Agnaus by Jarhed
The Giants were forced to split up after this, at least those that remained. Earth Giants fled to Udai, though some are believed to have managed to get to Elone. Fire Giants made it to Elone, while Ice Giants fled to Moroza. It is unknown what happened to Storm Giants.   The Giants of Udai were not able to settle down, and adopted a lifestyle of simply roaming and attacking settlements. In a similar vein, Ice Giants adopted a nomadic lifestyle alongside the Wolfmen to adapt to the icy lands of Moroza.   Fire Giants, however, managed to settle into the few settlements they had built in Elone. Most notably, they settled in the city known as Gremont, where a Giant named Agnaus had built a Temple to their Gods.   The Fire Giants, however, did not make it very long. They were driven out by Goblins, who were small but numerous. The Goblins swarmed from both sides, and the Giants found it difficult to fight back against such small opponents.   Out of fear for their lives, the Giants were taken in by the Dwarves, and began to live underground in caves. They also came into contact with the Dark Elves and Deep Gnomes, and formed an alliance to live alongside them.   While the Giants still exist, the Kingdom itself was wiped from existence. Still, it is cited as the inspiration from which all future civilizations would take inspiration.

The Giant Kingdom was populated by many Giants of various types. There was often strife between them, as differing groups fought for supremacy. However, there was an established ranking of power amongst them. 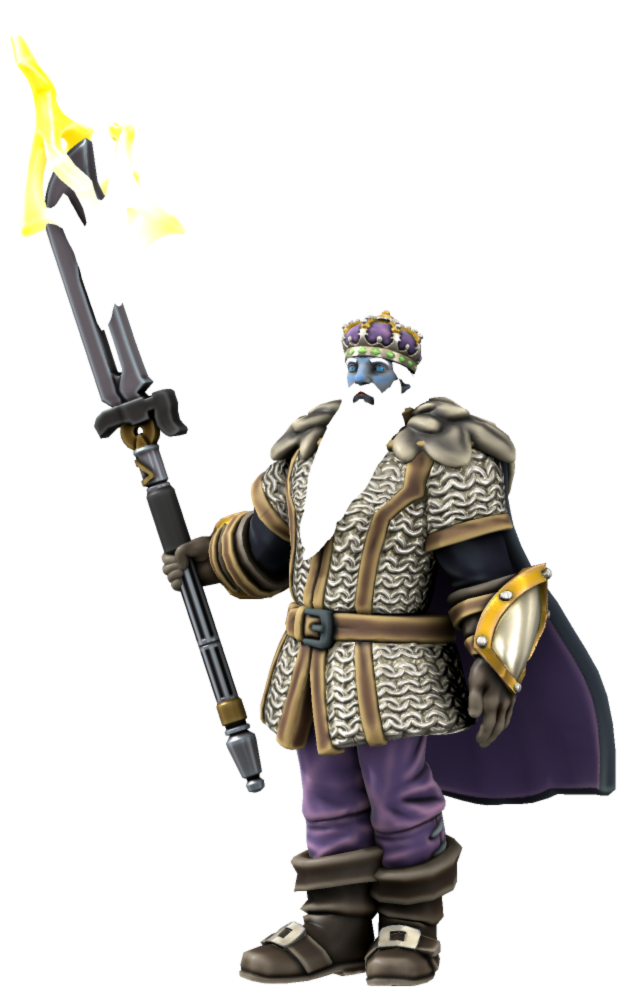 Storm Giants were wielders of Lightning, and were the strongest Giants. They were the Kings that ruled over the Giant Kingdom, and were feared by all. The most notable Storm Giant is none other than Vulnon, the Storm King, who is believed to be the first person to unlock the use of the Weave as a Magic user, granting him power beyond imagination.

The craftsmen of Giant society, Fire Giants are the ones that created all weapons and armor, and are even believed to have built many of their structures with the help of lesser Giant workers. The most notable is Agnaus, the Fire Giant that built the Temple of Erathis and (presumably) other structures. Agnaus is remembered fondly as a Saint in Erathis's church.

Artists by trade, Ice Giants were believed to have created incredible creations in their lives, though like their icy magic that melts away as the years pass, it has all been lost to time. No notable Ice Giants are recorded from the Giant Kingdom.

Also known as Totans, Earth Giants were the basic workers of Giant society. They did the jobs no one else wanted to do, and thusly were tossed away quickly at the flooding. They split off into two variants, Stone for the smarter ones that embraced civilization, and Hill for the dumber ones that instead let their minds wander. The most notable one in history is Anka, an Earth Giant known for being a mass murderer who only targetted men (some tales say specifically horrid men, others say any men).

The Giants had a monarchy with the Storm Giants leading them. However, it was a just society where the King would have a representative from each version of Giant and each profession.   Its government was based in the city of Lorev, which is nothing but a fleeting dream of a utopian city that no longer exists nowadays.

Lorev was a giant city that was believed to span half of the northern continent at its peak, with buildings so large that they reached the Heavens themselves. There are beliefs that its structures serve as the home of the underwater civilizations, but it is unclear whether this is true.

A coastal city where the Fire Giants would build boats to travel the world, Holmsa was a bustling port and center of trade with many Ice Giant artists populating it. It was also important, as it was the hub of the Storm Giant King's representative council.

The religious capital of the Giant Kingdom, Gremont, was home to many different types of people, though its main population was Fire and Earth Giants. Religion was a major part of their daily life in Gremont, and they would visit the Church daily.

Giants were not actually very in touch with many of the other races of Totania. Part of this could be that, during the time of the Giant Kingdom, there was only one other race on Totania. Dragons. 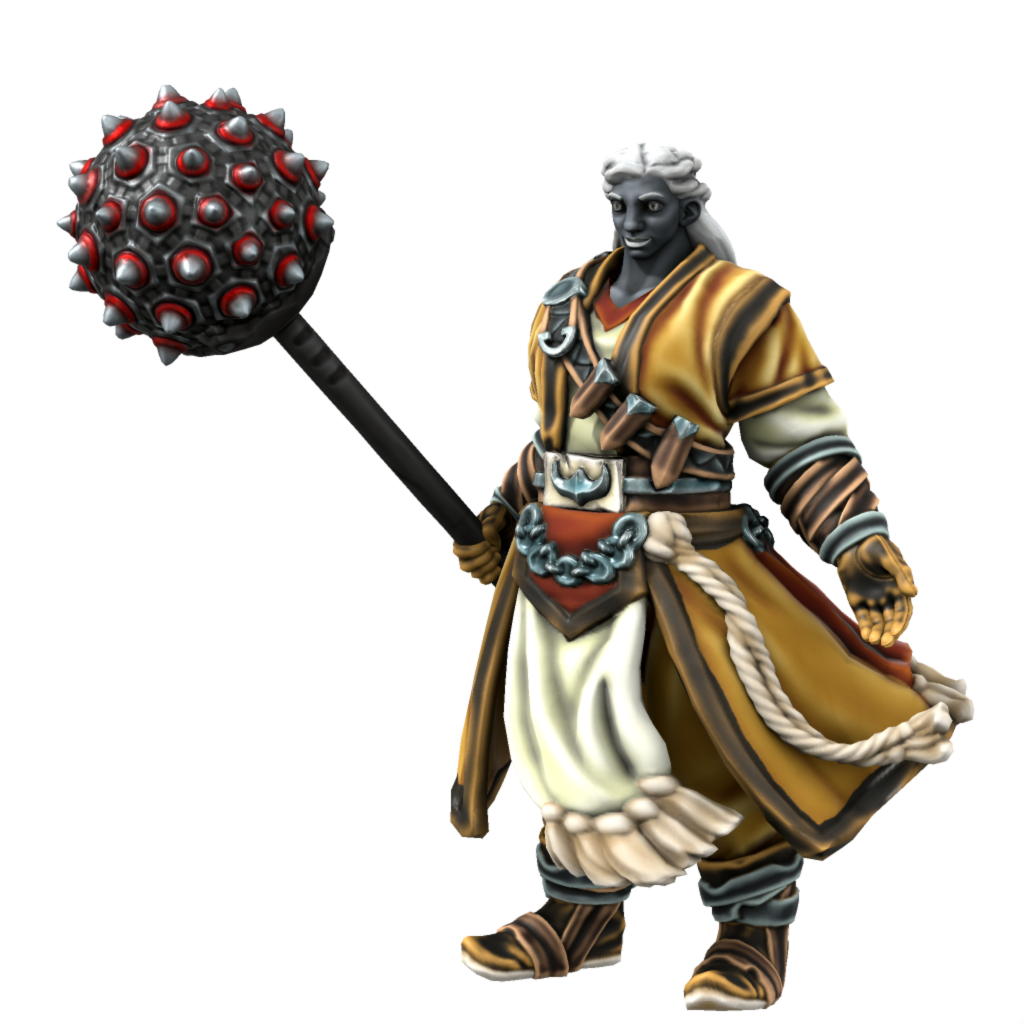 Anka by Jarhed
To put things into perspective, Sehanine's Flood happened in -975,000. The first races to be created after Giants (Elves and Orcs) were created in -2200. This shows why little record exists, as it was hundreds of thousands of years after the destruction of the Giant Kingdom that any other race came to be.   Any other race, that is, aside from Dragons. At the start of the Giant Kingdom, there were frequent Dragon attacks. However, as the Giants found more ways to fend them off, the Dragons attacked less and less. Kath the Eternal, the first living creature on Totania, admired the Giants, but rarely interacted with them due to their hatred of Dragons. He wished to speak more with them, as he was so incredibly lonely and wanted to share his knowledge, but found that he never got too much of a chance.   Anka was considered terrifying for this as well. She not only sought out male Giants to kill, but even led an all female group of Giants (known as the Lady Killers) to hunt Dragons. It was only a joint force of Giants and the Dragon Lord Fraeton the Usurper who put a stop to the Lady Killers, which then ended with Fraeton killing the Giants that helped him.   There was one Dragon that lived semi-peacefully with the Giants. The White Dragon Lord, Inrilyth the Hushed, lived in the icy lands of Moroza. She froze those that came near her, so the Giants instead would gaze upon her from afar and admire her might. This is as peaceful as the Giants ever were with Dragons.

The Giant Military is only vaguely known about, though some things are known for certain. There were different platoons, some consisting of one type of Giant and others consisting of mixed groups depending on the General and the purpose of the platoon.   These groups would fight amongst each other, using the vast wastes of Moroza or Udai as their battlegrounds. Many craters exist in Udai that are remnants of Giant battles. 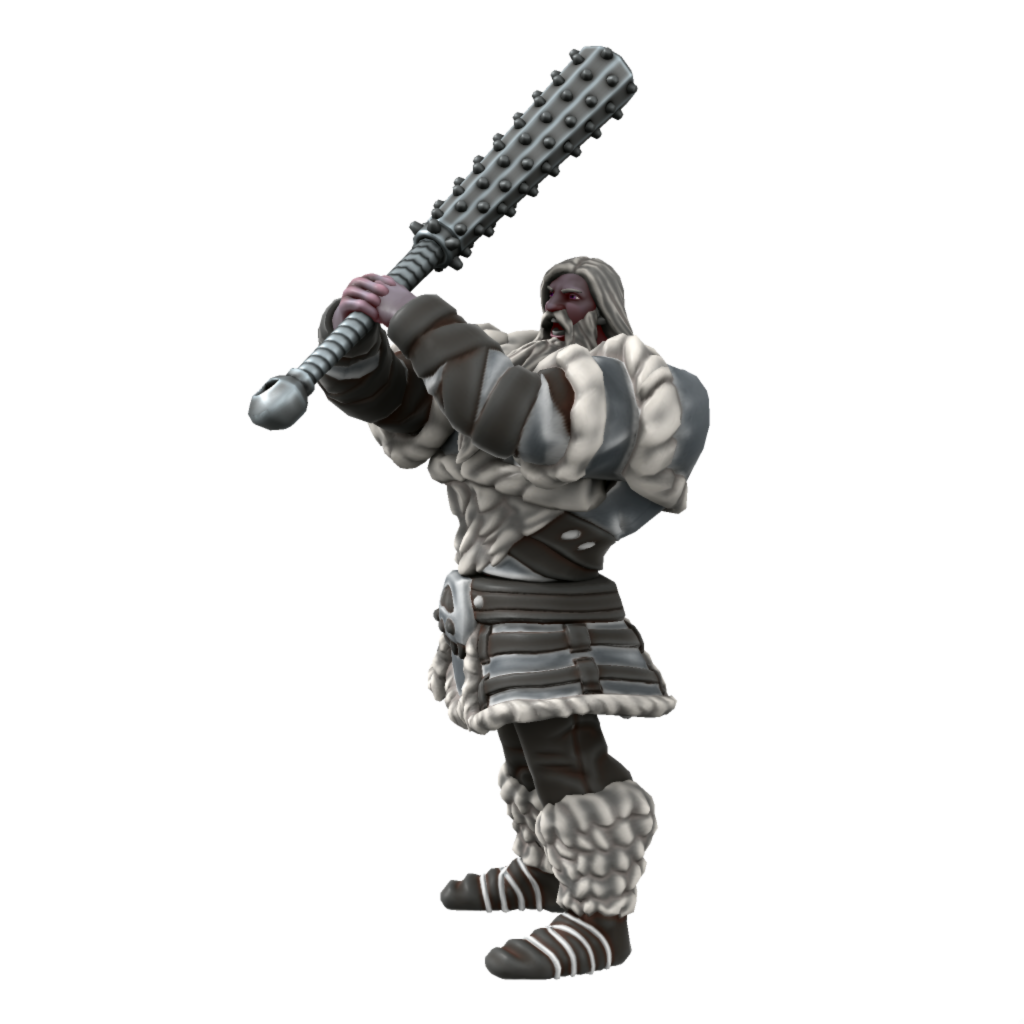 Fjord the Ice Giant by Jarhed

The Giant Kingdom was wiped out, but not all records of it are gone. Many of its large structures still linger in Elone and Moroza, and even in the Northern Islands that stand over of their lost kingdom. Most notably is the Church of Erathis, though ruins of Lorev are thought to be underwater still with the various fishfolk.   Creations of the Giants also still linger in the modern day. The Cross of Erathis is a magical item the Giants utilized, as well as all of the item magics. As the Giants were the only residents of Totania at the time, each item magic was wielded by one of them, and thusly it was the only time in history that all item mages were gathered together. Sadly, records indicate that all item mages died in the flooding, which spread the items around the world.   The final remnant is, of course, the many Giants and Half-Giants that still populate Totania. Though they are scattered and not unified, they still walk with the Giant Kingdom's shadow behind their backs. One attends the Magic College in the Class of 551, known as Fjord. Fjord looks to gain more knowledge, as Vulnon once did, to achieve the maximum power an Ice Giant can get.

Answering: "an old or ancient organization which still casts a shadow"
Visit Jarhed's Competition Page Check all other answers to this prompt Competition Homepage