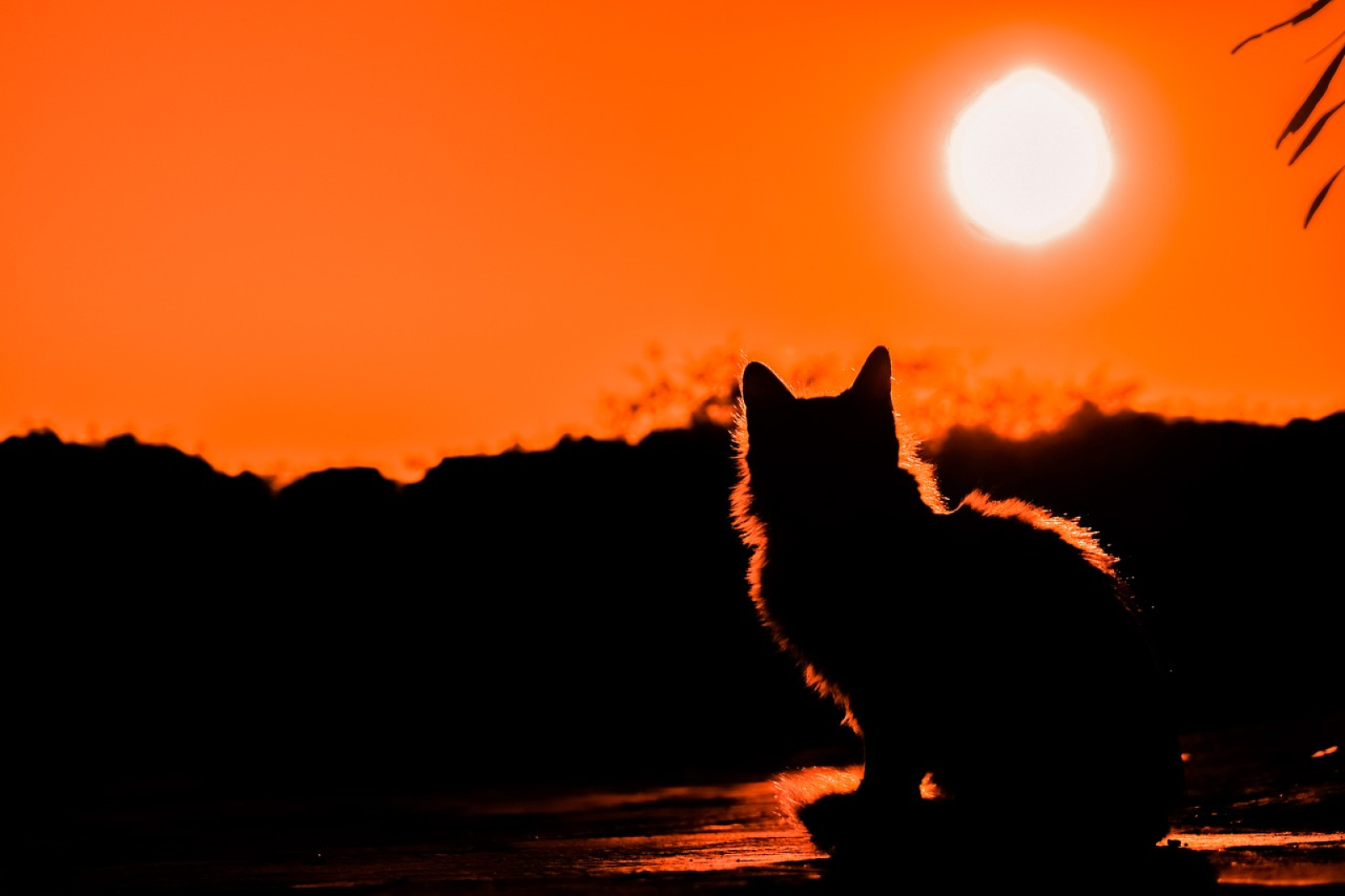 Martinau is a coastal city of Humanity, also known commonly as the Cat City. It is populated by Stray Cats, as well as Humans.

Martinau is considered one of Humanity's greatest vacation spots. Filled with beloved Cats, the city has rebranded itself after its various struggles with its feline population. Now, it embraces the furballs on its streets, and even has initiatives in place to train them.   Many people in Totania, when they are overstressed, find the time to travel to the western coasts, where they find the sandy shores of Martinau waiting for them, and cats waiting for them. These cats are, for the most part, trained to be friendly to visitors. It is not uncommon to walk the streets of Martinau and find people sitting or laying there covered in cats, petting them until they tire.   For this, there is a street-cleaning service in place with water mages. These water mages, often weak Dragonborn with no better prospects, use small droplets of water with their water magic to clean every inch of the streets. The smaller the better, as it is then less likely to interrupt a tourist and their fur-filled fun.

Another famous attraction in Martinau is the Cat Cafe, which is rather self-explanatory. A cafe where one can lounge with cats. These have, since, been adopted by some other locations, though Cat Cafe Connoisseurs insist that nothing compares to Martinau.

The beaches of Martinau are second to none, as they not only have incredibly soft and luxurious sands, but are also populated by cats! One can enjoy a lounge with their animal companions.   If one does not wish to be with cats, Martinau tourism has this covered as well. There is a section of the beach called the Sphynx Beach, where there is no cat interference in relaxation. Due to the empty land around Martinau, there is never any animals found on the beach, save for the fish or whale that may beach on its shores.

For being a tourist spot, Martinau must have souvenirs befitting this. Some of the more notable ones include cat treats, accessories, and art. Artists love to draw cats, and many live in Martinau to make a profit off of it. Some artists even make flipbooks with cats in them, to create the illusion of moving cats. They call these "Cat Videos" after the man who invented the concept, Vin Deos.   Another popular souvenir are the Mournsworth Claws, a staple item Rin Mournsworth wore as weapons. They resemble cat claws, as a matter of fact they were designed to look like them. Martinau makes both real ones for adventurers and warriors, as well as inflatable and plastic ones for simple tourists.   The final souvenir is the best one. Due to an overabundance of cats, the most important souvenir one can take from Martinau is a cat. Visitors are not just allowed, but encouraged, to steal a cat and take them home to a loving family.

The government of Martinau is said to be a joke by most, but there is no doubt that it has proven effective. After the death of founder and original mayor Rin Mournsworth, and the moving of his family back to Nerodil, no new laws have been passed. Rin's legislative tenure is believed to have been perfect, and no one wishes to change anything.   Therefore, the government is not run by anyone meaning to make laws. Instead, it is run by those that wish to keep Martinau thriving. The only logical choice for them, then, was to be run by the tourism agency itself. Therefore the government of Martinau is none other than the Sandy Saddie's Vacations Corporation, which is based in Martinau.   Martinau is technically a part of the Human Kingdom, and therefore listens to the King of Nerodil's laws. However, they are often exempt from laws if the King thinks it through enough, as Martinau's profit can also be his if he plays his cards right. Sandy Saddie's Vacations Corporation knows how to win over the King, and does it with nearly every King that takes the throne.   Sandy Saddie's was founded by a very dedicated citizen of Martinau who wanted to continue Rin's legacy. Now, it is run by dutiful tourism officials who want to see as many people on the streets as possible.

This phrase had a different meaning, once upon a time. In 129, Sandy Saddie's tried to eradicate the cat population. For this, Sandy Saddie herself went on the streets to take them out. This resulted in the cats recognizing Saddie and forming a group to take her out.   Saddie was mauled to death by the cats, but this gave her company (and government) a great idea. They did not need to wipe the cats out. The cats could work in groups, which meant they were smart. Smart enough to be trained.   The initiative saw associates blindly wandering the streets for days searching for ways to pacify the cats. The end result was simple: food designed specifically to pacify them. Made with the best ingredients for a cat, these foods would, when fed to the cat over time, begin to tame them and make them more open to Human (and eventually other races as well) interaction. 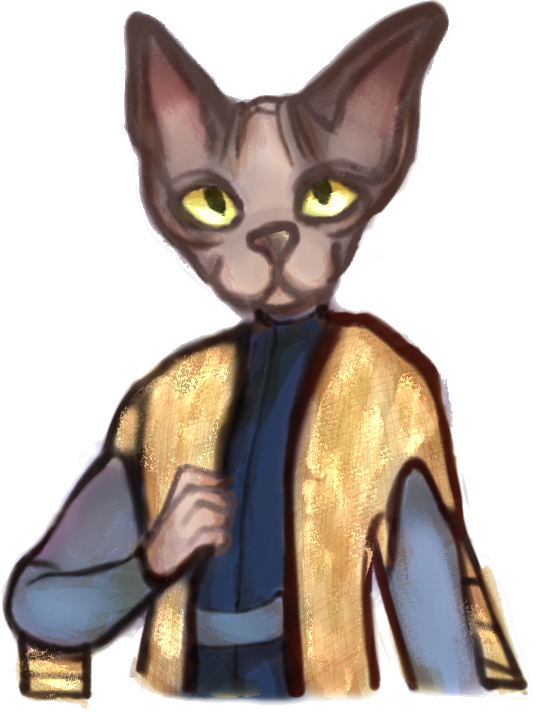 Martinau is mostly populated by Humans. It is, as a matter of fact, right in the midst of the Human Kingdom.   However, it is not just Humans that populate it. Dragonborn visit on occasion, though few stay. It is a typical vacation spot for being a calming place to study, so scholars go there often.   Dwarves like the cats but not the people, so they are known to go into the city, take a cat home, and not stay for more than five minutes. This allows them to bring the joy of Martinau home to their families who may not want to go to Human territories. Elves are the opposite, they will find one of the many quiet places to stay in Martinau and go there to be with cats alone.   Halflings and Gnomes visit, but are often trampled by cats and need to be rescued and brought to the Meowspital (the Martinau Cat-Themed Hospital, with workers of all genders dressed in cat outfits or at least cat-themed outfits).   The best reactions, though, come from Tabaxi. Tabaxi are astounded by housecats, who look like smaller versions of themselves. So Tabaxi make up the second largest portion of the city. It is believed the creator of Ointment, Ointment Cat, moved to Martinau. 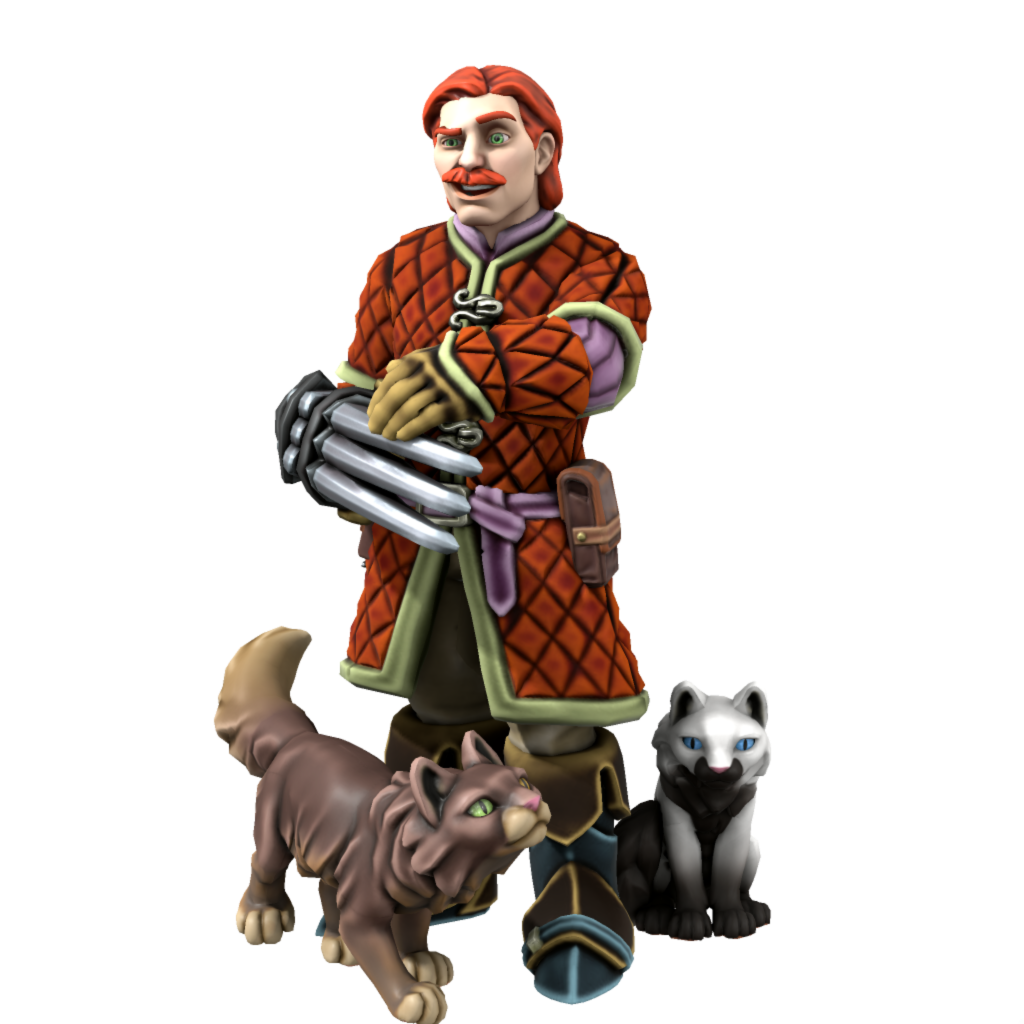 Martinau was founded by Rin Mournsworth, a nobleman who disliked the hustle and bustle of Nerodil, in 57. Instead, he wanted a picturesque vacation spot, and found the western beach of Elone.   He enjoyed the view, and felt that the sand would be a fantastic place to relax. What he did not realize was how flimsy a city built on a sandy foundation would be. Buildings would often crumble, and he would have to rebuild them again. His city was unpopulated, and people that visited would either pass through in a single day, or simply pass by without even visiting.   Another problem was that while the scenery was beautiful, there was no life. The city was dead, and so were its surroundings, as no animals roamed the lands. The best he could do for food was fishing and taking some tips he had learned from Gnomes about growing food in the desert.

However, a savior came to help Mournsworth. The Head Priest of the Church of Erathis, Choril Rhimman, happened to have Structure Magic. With this, she was able to make a solid foundation on even the sandy shores of Martinau. These buildings would not fall unless broken down, and would not bend to the elements. After all, they were blessed by Erathis herself. Rhimman was not only a structure mage, but also a wielder of the Cross of Erathis, making her Erathis's Chosen.   Word of Erathis's Chosen, the Head Priest herself, being in Martinau drew crowds. Mournsworth took advantage of this, lowering housing prices and throwing festivals for months on end to keep people coming and staying. Eventually, it became populous enough to be considered the major city he wanted it to be, even if it took 20 years.

This, however, brought unique challenges to Martinau. Chief among them was the problem of a lack of life. The city was now bustling, but there was still nothing around them. People loved animals, and kids and adults alike wanted pets.   Merchants began the trade illegally, smuggling in animals. Many of them would be rambunctious and get discovered anyway. It got to the point where an aging Rin Mournsworth had to create a license for merchants in Martinau to be able to sell animals.   This license soon was limited, as dogs did not do well in the sandy environment, and other animals were simply unpopular. What was popular, however, were cats. Therefore, cats became the only animal that was allowed to be sold under the law.   Mournsworth died soon after this, causing many to believe that the laws he put in place were final. This began to be a problem as more Merchants picked up the Cat Trade. As more people sold cats, more cats came to Martinau, and there were less families that wanted them that didn't have them yet. Therefore, Merchants often had Cats grow up too fast, and therefore they could not be sold. So the Merchants did the smart thing and let them go. In the city.   The city, overtime, became overpopulated with Cats. It was estimated that in 468, the Cat population either equaled or outweighed the Human population in Martinau. Yet Rin Mournsworth's laws still stand. Only Cats may be sold in Martinau.

Answering: "a settlement known as a pleasure town or for louche behaviour"
Visit Jarhed's Competition Page Check all other answers to this prompt Competition Homepage