Jiangsetl Sheimhal - the southern ocean town.
Seems they ran out of poetic names when they got south. You don't get more literal than that.

Jiangsetl Sheimhal is a seaside city in Waal Zaimyatl, and the largest port in the country. It serves as a trading hub for Vosti and Skarhan traders in the country, and boasts a sizeable fishing industry. It sits at the mouth of the Chalsei Sha river.

After the establishment of Waal Paisheim far to the north in 23 AC, it became necessary for a second large port to be constructed further south, to act as a rest stop for Vosti sailors coming from Shonyul. Jiangsetl Sheimhal, at the time given the Vostan name of Daryul, was founded for that purpose in 35 AC.   As the southern gateway to the growing colony, Daryul found itself pampered by the empire, especially once rich ore deposits were found not far up the Chalsei Sha river. This was not necessarily a good thing, as with increased Vosti presence came the conflict of their traditions with that of the majority elf population.   These differences became further pronounced during the Kailkoseltii Riots on 89 AC, where the Empire's inaction in regards to a recently discovered city infuriated the local Kailkoseltii, who stole imperial ships to sail for the destroyed city. The Empire subsequently placed harsher restrictions on the entire eastern colonies, banning the Elven language and many of their traditions.   Needless to say, this did little to endear the Empire to the colonists, who would end up declaring independence as the country of Waal Zaimyatl in 106 AC. Daryul renamed itself Jiangsetl Sheimhal the following year, and set about reorienting itself around its nascent fishing industry, due to a lack of Imperial ships coming to the port. With the 'return' of the Republic of Skarhu in 142 AC, the city once again became a major port town, for its relative closeness to Skarhu's capital of Plumtris, itself a major port.   It was this trade link to Skarhu that caused Jiangsetl Sheimhal to become the largest port in Waal Zaimyatl, even after the Kingdom of Telziad became independent from the Empire in 336 AC and traded near exclusively through Waal Paisheim.

Jiangsetl Sheimhal has two main industries - fishing, and trade. The lengthy low-lying coast near the city allowed for the fast establishment of shipping villages, as well as its easy access to the deeper ocean for larger hauls. The stench of fish, both fresh and rotten, hangs about the city at all times of year, though culinary expert say the variety of seafood dishes available makes braving the smell worth it.   Arguably its larger industry is trade, specifically with the Vosti Empire and Skarhu. Sometimes this is in the form of a middleman between these two countries and the rest of Waal Zaimyatl, due to its relative accessibility, and in these instances is handling imports. In other cases it is come to just for itself, often to collect fish and mining products, the latter of which originate upstream but are developed in the city.
Alternative Name(s)
Sheimhal, Daryul
Type
City
Inhabitant Demonym
(Jiangsetl) Sheimhalkee
Owning Organization
Waal Zaimyatl 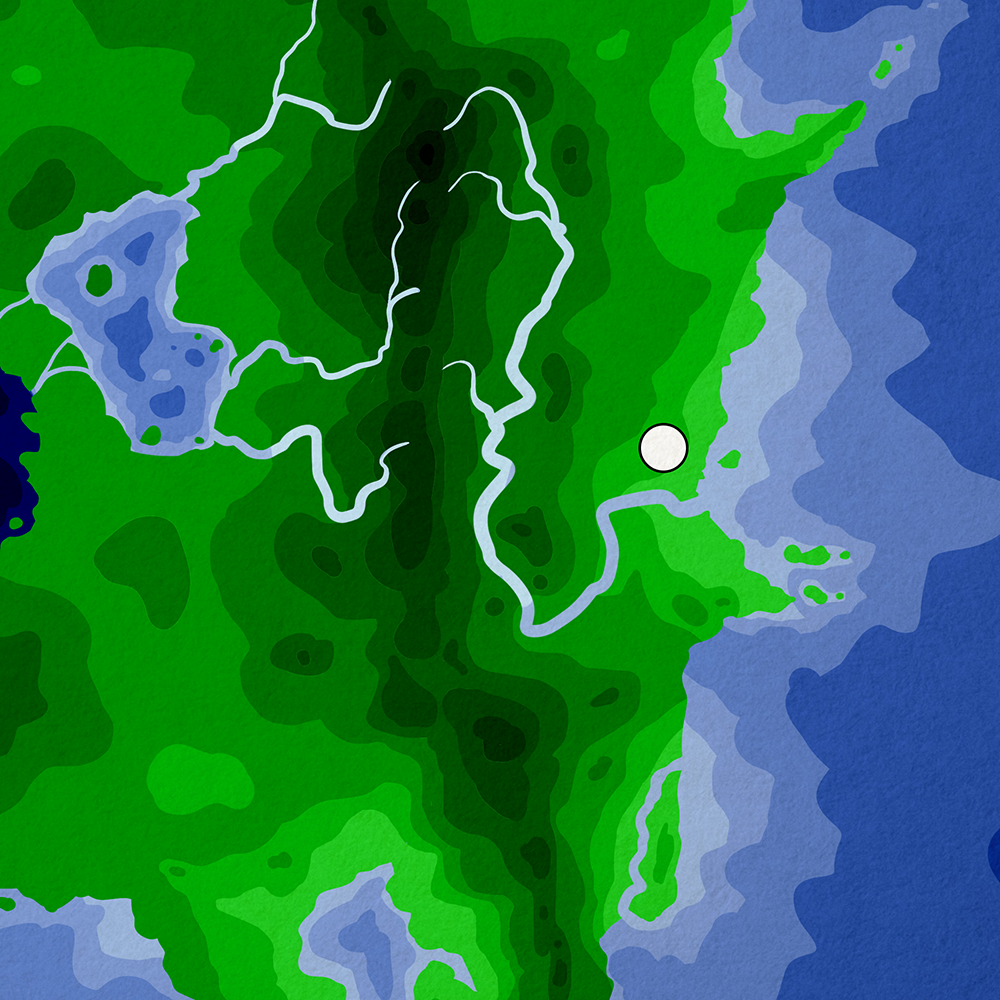 The City Islands, as they are now known, are the ruins of a Kailkoseltii city stranded far off the eastern Abravosti coast. It came to rest in the ocean during The Collision, which forced the worlds of human and elf together, often with catastrophic results.   Due to the high concentration of Kailkoseltii elves in Jiangsetl Sheimhal, it is the host for regular mainland events commemorating the loss of the city, and celebrating Kailkoseltii culture in general. It is also the starting location for a popular ship which takes passengers to the city itself.

Answering: "Describe a settlement that is famous (or infamous) for its industrial activities."
Visit Isaac Thompson's Competition Page Check all other answers to this prompt Competition Homepage

Paper textures by graphicsfuel.com
Starry background by Casey Horner
All images, unless otherwise stated, are made by Isaac Thompson
Cover image: Camogli by dexmac

This article was written for the "Describe a settlement that is famous (or infamous) for its industrial activities" prompt of Summer Camp 2019!
Please Login in order to comment!