Floating thousands of feet in the air and accessible only via a teleporter, the city resembles an upside down mountain hovering above the coast.   Within the city, libraries and schools flourish. The new non-magic using residents are researchers or run shops catering to a city filled with wizards.

Show spoiler
Arc 1
Uman’ Yiro, "The City of Knowledge" has always been a place of higher learning. Originally a place where all magic users could go to hone their craft, the city eventually removed themselves from the continent and took the city into the sky. From that point on they chose to only worry about the gathering of knowledge and not concern themselves with the affairs of Theria. This was a problem, of course, because the original warforged were created by the mages of the city and when they split away from The Mainland, they banished the living constructs and left them without a home or purpose.

The city is led by a council of Archmages, of which there are currently 7.

Nearby thugs or dragons hunting for food would be the only local dangers. 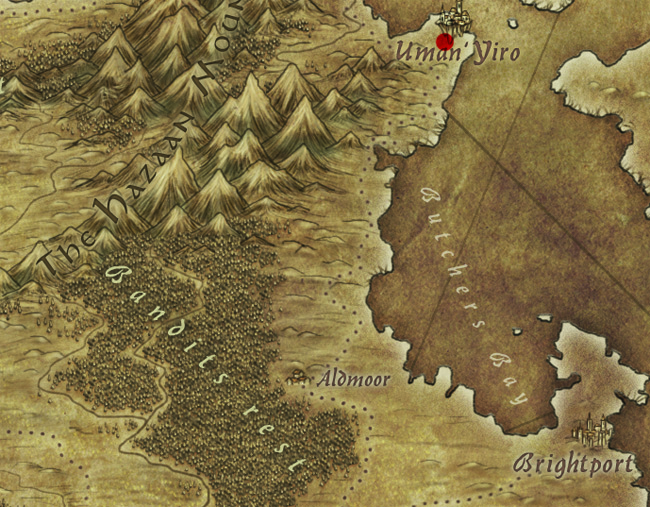