We should have known better than to travel across the mountains without a guide. All of the wealth in the world would be a small price to pay for security against the threat we are facing now.   Instead, I write to whoever finds this in the hopes that it is a warning. Do not enter the Marpic Mountains unless you are prepared to face the wrath of these Skulldiggers.
— anonymous journal found in the Endless Sophos

Cudgelkin can be found in mountainous regions all throughout Dreandril. But something about the ones inhabiting the Marpic Mountain region of central Algonas is different. These ones are particularly obsessed with congregating in large groups and killing or chasing away outsiders. The only proof that one has arrived in the lands of the Seventeen Skulls might be the bones of those who recently did the same.

Two main pieces of information are known about the organization of the Seventeen Skulls Cudgelkin (often called Skulldiggers).   First, they never seem to stay anywhere long. Their major figures - such as their Queen AAyakrûl the Merciless - appear to be nomadic, travelling from valley to valley. Permanent housing seems to not exist for them; they pack up their belongings and tents and travel at a moment’s notice.   The other piece of information is the lack of knowledge of how their hierarchy functions. It appears there are ranks in some order, but none with first-hand knowledge of them have lived to tell the tale. The only clear ruler they have is their queen, who commands a great deal of respect and fear.
CW: death, xenophobia
Type
Geopolitical, Kingdom
Notable Members 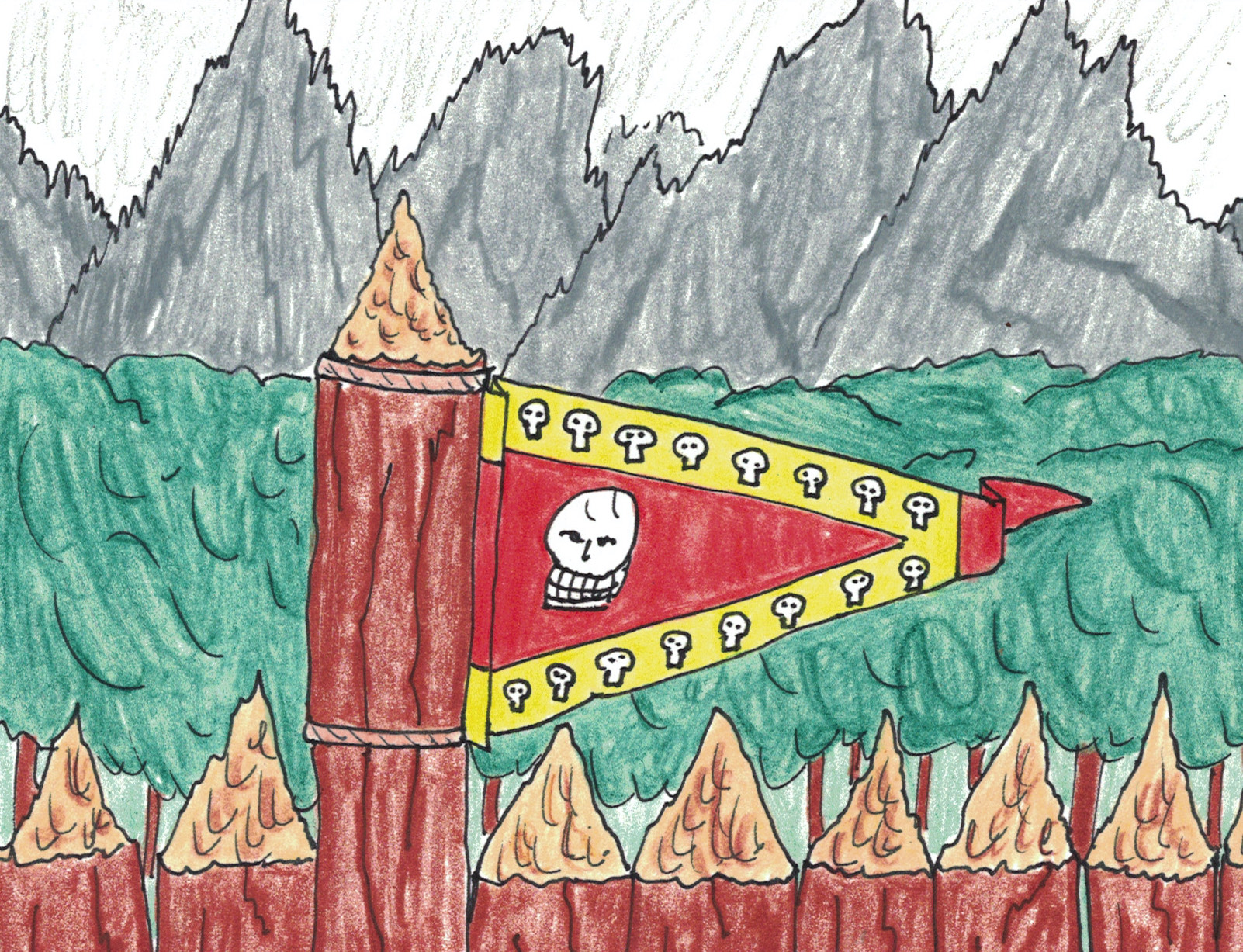 An artist's interpretation of the flag of the Seventeen Skulls (if it has one).

May your scribbles be the last thing anyone learns of us.
— A note scrawled on aforementioned journal

All images in this article were created by me, EmperorCharlesII, unless otherwise indicated.

Answering: "an organization considered cruel or monstrous by some"
Visit EmperorCharlesII's Competition Page Check all other answers to this prompt Competition Homepage