"Go ahead. Blame them for the problems of your own making. Take from them what you pretend you earned. Give them what you claim they deserve. Do whatever you think will soothe you. I don’t care. But don’t call it justice."   "I’ll call it however I please!"

Carmen is vain and short-tempered. She is generally unfriendly and even rude to others and doesn't let anyone get close to her. She takes everything personally and takes revenge for every perceived slight. Unashamedly selfish and egoistic with a megalomaniac streak, she cares more about glamour and recognition than about anything else. Because she is so unpleasant however, she doesn't get either.   She is obsessed with the idea that she is being discriminated against because of her class - which isn't completely wrong, but the main reason why she is treated poorly by others nowadays is her nasty personality.   No tank of her current team knows her actual name, they mostly just call her "Panther". She was asked about it many times, but always refuses to say. The only thing that she doesn't want to be called is "Arty" - hell hath no fury.

Grey and brown striped camo that she tries and fails to keep in a good condition.

Wears a piece of painted fabric on her cannon. She doesn't say what it's for, but seems to be emotionally attached to it. (Note to self: Actually draw her with it.)

She was already old by the time the Purge happened. Having always been an SPG and convinced that she was something better than the others because of it, she participated in the power grab shamelessly. How she survived the fall is unclear, but like her sister Scarlett, she couldn't adjust to the fact that her class was now scum. Not because she cared much about the ethics, but simply because she loves power and recognition.   She therefore still lives in the past, mostly. When she is forced to acknowledge the bleak present, she feels nothing but bitterness. Unlike her sister however, her idea of changing their situation is very short-sighted and all over the place. She lacks any coherent agenda beyond thinking that she is entitled to being respected and admired.

Mentally scarred by being constructed shortly after the bombs. The Purge was another traumatic event.

Sister of Scarlett. They fell out long ago and haven't seen each other since. Even before that final argument, they didn't get along well and fought often.

Speaks harshly. Her words are usually barked in a commanding voice, but on occasion she also shows a more sinister tone. As she gets power-crazed when put in charge of "her" half of the team, that sinister side takes over.   Unable to craft an inspiring speech or persuading others of her ideals even if she tried, she relied on Nordic's ability to smooth-talk her teammates into helping her. 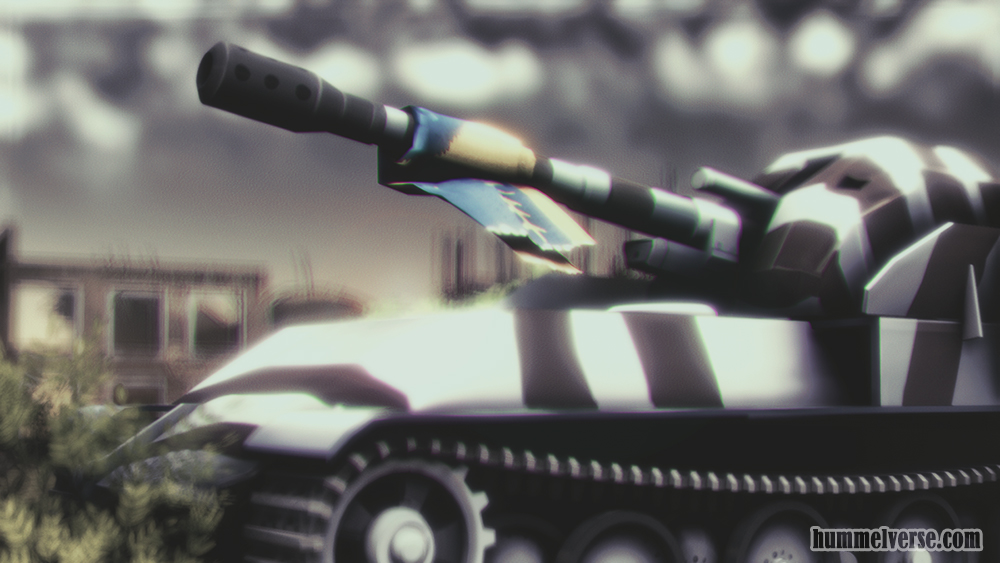 Species
Self Propelled Guns
Ethnicity
Tanks
Children
Current Residence
Falkendorf
Gender Identity
Female
Aligned Organization
The Falkendorf Team
Known Languages
German, English, some French
Age
~78 winters
Carmen is a social disaster. She is cynical and uses sarcasm liberally, but is bad at recognizing good-natured jokes from others - she immediately gets offended and is quick to hurl insults. Her teammates have learned not to poke fun at her, though some do it on purpose to spite her.   She likes to cause trouble just for the sake of it, which is her idea of directing attention to the team's issues; she tells herself that she wants the best for the team, but - as her teammate the M40 pointed out - most of the time just does what she does for attention or because she feels like she's not being taken seriously or valued enough.   Her paranoid tendencies keep her from trusting anyone, which is another factor that leads to her not having any friends. She is always alert, keeping up her guard in case someone tries to deceive or harm her in some way.

"Naturally, I would've preferred to lead a group of loyal followers. But as a means to an end ... an angry mob also works."
— Carmen