arty
Artificial intelligence and war machines and the end of the world as we know it:   In an alternate timeline of our Earth, humanity wiped itself out and left behind sentient vehicles that continued fighting their war until there was little left to fight over. A hundred years later, clans battle for territories and infrastructure, and independent teams roam the remaining no-man’s-land. Although their lives are a perpetual fight for survival in a hostile world, between all the battles and conflict we can find stories of friendship, hope, and kindness.

A little guide to get you started with the most important info about the Hummelverse in condensed form!

I'm making a free online magazine for the Hummelverse and the Tanking League story. Check it out below or see this article for more info! 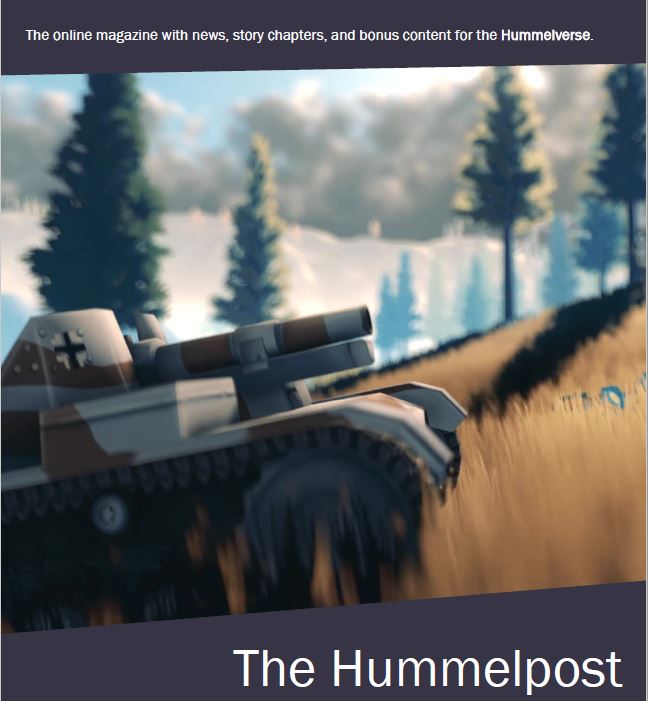 Join the official Hummelverse server by clicking on the graphic above!

A selection of short animations I've made about the Hummelverse.

The Hummelverse and The Tanking League are my creation. All content - including art - on this page was created by me, unless otherwise stated.
Want to submit content like fanworks, ideas, characters? Please note that you are accepting these terms if you do.
Back to top
Powered by World Anvil