Say it with Flowers

Knowledge can be intoxicating. It's addictive, destructive, but at the same time enlightening and soothing. Yet you mortals don't know whether you want to know it all, or ignore the truth to put in your own reality. How peculiar...
— The Gardener

Memorillies, sometimes named Thought Takers, are a type of plant only found in the Faelands. Growing around the Fae's reincarnation pools, many deem them as the key to remembering long-gone memories. And in some circles, the key to understanding Fae themselves.

Most Memorillies grow in large clusters together near the pools where Fae emerge from. While they come in a variety of colours, ranging from red to purple, the most common variant is the paper white one.

What's unique to the Memorilly is the fact that its petals have writing on them. Most of it is written in Sylvan, or a dialect of it, recollecting scattered thoughts. Some are only a mere words, others tell entire stories on their petals.

Memorillies only grow around said pools, finding nourishment from the thoughts and memories of Fae. Anywhere else has them wither in mere days, regardless of how much one takes care of one.

However, in some situations, the plants showcases parasitic traits. Once attached, it will siphon any memory the host has to sustain itself. Long-term effects of this tend to be memory loss, with the worst cases making one forget basic functions like breathing.

Due to the Memorilly's ability to eat memories, many consider it a valuable plant in the research of amnesia and recovering memories. On the medical market, living samples are rare, but highly sought after. A single flower often sells for thousands, if not more.

By grinding the petals into a drinkable medicine, one can use it to help recover memories. The medicine itself is able to cure all forms of memory loss, often in a couple of days. Though depending on the severity of the memory loss, results can vary.

In some circumstances, it even allows one to gain new ones. What a person learns is pretty much randomised, but they can learn anything from a historical fact to a whole new language.

The danger is that overdosing leads to inconsistencies in one's memory. Personality traits might develop or multiple can manifest as a side-effect. At worst, insanity kicks in.

A particular side-effect of Memorillies is that non-sapient being ingesting it can gain sapient thought. Most show semblance of understanding others, while some even are able to speak or use tools. Extreme cases downright can cast spells, but those are rare. 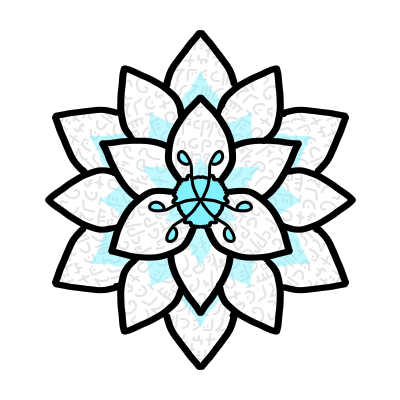 Join The Fabulae Anthology Discord!
This setting uses trademarks and/or copyrights owned by Paizo Inc., which are used under Paizo's Community Use Policy. We are expressly prohibited from charging you to use or access this content. This setting is not published, endorsed, or specifically approved by Paizo Inc. For more information about Paizo's Community Use Policy, please visit paizo.com/communityuse. For more information about Paizo Inc. and Paizo products, please visit paizo.com.
Additional artwork is owned by their respective owners.
Cover image: GoldGreen Set - Language Cover by Vertixico

This article was made for the Peculiar Plants Challenge here on WorldAnvil.

I like the idea, very original to have writing on the plant leaves itself! The fact that other creatures can gain sapience from reading it is a nice addition. Layout is also nice, no long pieces of text and to the point. The only thing that could perhaps be somewhat improved, but it is a bit nitpicking, is that the sentences regarding the reincarnation pools are kind of similar so perhaps use a different structure or choice of words there. But besides that nice article! Perhaps a tooltip for the reincarnation tools could be added if you want to add something extra. :)

This is a very cool plant idea! I like the idea of people just gaining random memories from other people, potentially learning some very interesting stuff – and the potential change in personality that can results from that can lead to so many story ideas! Would some unscrupulous people force some prisoners to eat them/ or someone in a position of authority convince other people to do so, so that they can share the new information they are getting?   You say that "in dire situations", the flower will latch onto people. I think you could add examples of what would be a dire situation for those flowers. Is it if someone is trying to pick them?   I understand that this is a defence mechanism for the plant, so once it has siphoned the memories and thus neutralised the threat what becomes of it? Can it go back to the ground? Does it stay in the body and use it as fertiliser once the person dies?   And the idea of animals becoming sapient is also very intriguing!

I love the idea of these. I particularly like that can be use to help cure memory loss. Does it work on something chronic like Alzheimers or only something more acute?

Hello Endrise! Congrats for participating in the challenge. The concept of a Memorilly is fairly original, and beautiful.   You mentioned that this plant gathers and feeds off of thoughts and memories, and also that it can be used to cure amnesia. Do you mean that people ingesting it will gain the memories the plant absorbed? Or that they will gain back their own memories?   Also, how does sapience work in that world? Do you consider a sort of scale of sapience from the understanding of others to the ability to cast spells? And how are animals turned sapient by memorillies considered? Would nobles use it to make their pets more intelligent?   In any case, that's a great entry. Good job!

Glad that you like it! As for your questions:   A bit of both: It basically tries to use whatever memories it has stored to either fix the gaps in one's mind, or generate new sections of the memory. It's why those with a decent memory gain new ones more often, while amnesiacs will have their mental gaps filled up by weaving together any existing memories with that of a Memorilly's. It's why overdosing can be dangerous: you might end up creating a full-on false memory.   As for sapience, I guess I just meant "They're able to understand societal complexity". Spellcasting just tends to be a very complex thing to study for Wizards, but if a wolf would say have those memories, they might use it. Many often consider such creatures Fae-touched, which can ranged from a blessing to a curse depending on who you ask. But the Memorilly's scarcity and randomness does not make it a viable for raising intelligence in beings. Better to use other rituals to raise intelligence.

My worlds are 2% actual important story, 98% dumb facts I make up on the spot. Check out The Fabulae Anthology!

This plant could easily star in a horror story. O,o It sounds real nice though, if handled with care.

Hi Endrise!   I love the Memorilly art piece you made for your sidebar! Your plant is unique both in its form and its use (my favourite being the ability to grant sapience, especially with the options it gives me as a GM.) Two items for your attention:   1) I assume it's intentional for both your main content and scientific name box to both be partly shifted to the left? I haven't seen that done in an article before so figured I'd bring it to your attention in case something broke in your CSS/BBCode.   2) You wrote à in 1 to 2 feet as the only French in the article so it may be pragmatic to remove it.   Wonderful job!