An Introduction to Tarin

Divine Symbols, text, and header by Crimz. All other art by Terry-Lynn L

The World at Large

Tarin, a planet watched and tended to by a divine pantheon. The most powerful of these Gods have sworn never to interfere directly in mortal conflict. The Gods are bound by their rules; they are meant to only observe, to only step in if the need is great. Despite this, mortals live in relative peace. Magic and magi-technology is used by all, and is considered a blessing of the Gods. However, mortals as a whole are blissfully unaware of the divine politics that rule the natural order of their world.   Though most mortals will never directly interact with the Gods, some lucky ones may make deals with them in exchange for miracles and a semi-immortal life of servitude. Fewer still are born as the Vessels of the Gods, imbued with their magic and their voice.   Until recently, the Gods have maintained their rules, never directly interfering with the growth of the mortals. But the destruction of the capital city of Saito at the hands of the Dark God was a horrific reminder of the Gods might.   Peace was difficult to attain as the destruction set off a chain of mortal conflicts . Unfortunately for this young peace so carefully cultivated, one man with a greedy and ambitious heart seeks a deal with the Dark God, unaware of the divine consequences of his actions... 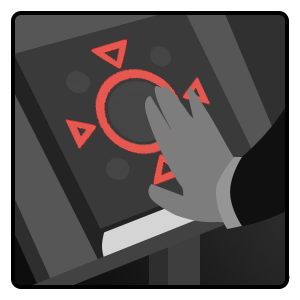 Created by a celestial and utterly alien being, the Gods live far above the mortal realms watching over their worshipers. Though there are far more Gods in the Divine Realms, The Eight are those most widely worshiped.   Each God is paired in order to create balance; Truth cannot exist without Deceit, Order cannot exist without Chaos. The first four Gods to have been created are the most powerful and all who came after them are either their children or other creations.

The first four Gods created by the celestial being:

by CrimzN
The children of Creation and Destruction, Life, Rebirth and Death hold some of the strongest sway over the mortals, as it is through their hands that mortals are born, die, and their souls are reborn into new forms.

Mortal interactions with the Gods

Vessels are mortals born with the eyes of the Gods and a birthmark of the God's symbol somewhere on their body. Most Vessels can be identified simply by looking at their eyes—particularly in the case of the Goddess of Order and her counterpart. Vessels have immense magical potential, and for some, limited control over a type of magic that few Gods can even use.

Vessels are highly revered as they are the closest thing to the Gods themselves that most mortals have the chance of interacting with. Vessels are brought to the temple of their God at a young age to be trained in controlling their magic and learning their role as the Voice of the God.

At any given time, up to 12 Vessels can exist. One for each of the Four Elder Gods, and one each for the Gods of Creation and Destruction, as well as their replacements. Vessels are long lived, and can survive for far longer than most mortals—if a new Vessel to replace them in their role has not been found... 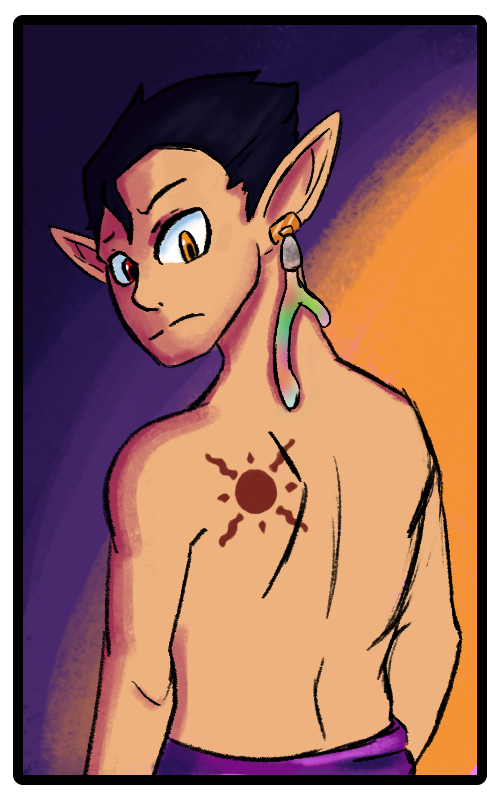 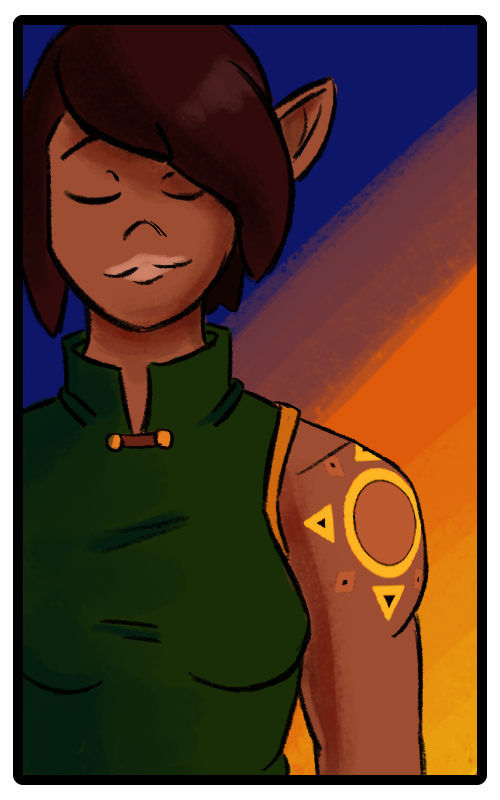 by ChaosTearKitsune
Knights are mortals who have made an arrangement with a God. The God will grant any miracle that the mortal wishes for. In return, the mortal pledges their service to the God in times of war and times of peace. The God, for proof of service, claims the soul of the mortal. As a result of this, the mortal loses the ability to age, and gains superhuman strength and speed, and the ability to be revived in the instance of death. Eventually, these revivals stop working, and the Knight dies permanently. Similar to Vessels, Knights are marked by their Gods. However, rather than appearing as a birthmark, the markings are bright in color and highly noticeable.

Knights are highly respected among mortals as they carry out the wishes of the Gods in the mortal realms, in addition to fighting for them in the Divine Realms. More often than not, they carry out protection details for the Vessel of their God as well.

Despite these "perks" of the role, mortals who become Knights are condemned to watch all those they held dear in their mortal lives grow old and die. As a result, most who make deals with Gods are those with truly nothing left to lose.

Knights who abandon their oaths and their duties become Revenants, dangerous semi-immortal beings who need to steal the life energy of other mortals to survive.

Magic in Tarin takes a variety of different forms. From the Celestial magic used only by the Elder Gods, to the creative and destructive forces used by the Great Gods and their Knights. From the elemental spirits known colloquially as Shoni Sprites that partner with the mortals born with the ability to bond with them, to the complex rituals used by those without. Mortals utilize magic in their everyday lives. Very few, if any, cultures exist where magic is not used in at least some capacity. In one country, magic is used to power constructs of stone, crystal and metal, or used to power prosthetics and medical breakthroughs. In another, it is used mostly in very specific religious and political ceremonies more than anything else.

Mortals that have made pacts with Gods in exchange for a small miracle.

Mortals born with the power of the Gods.

Revenants worshiping one of their own... and destroying any who don't.

Art for the World At Large, Vessels, and Knights sections drawn by ChaosTearKitsune!

This is a refreshing take on dieties and their connection to the mortals that serve them.

I love the amount of details in this article. Love how its layout. very well done !

Thank you! Eventually I'll have articles covering all of the little subheadings, but for now this is a good basic intro : )

Excellent world introduction. Just enough information in each section to give an overview but also still need us to follow the link to their main article for the whole picture. Not going to lie, I got curious about the Knight section as there didn't seem to be a downside to this arrangement. Also if they live forever, does that mean their numbers are increasing continuously?

Thanks very much!   I didn't want to go into detail about the deaths of Knights in the intro article, and I realize I wasn't clear enough about it in the Knight article; whoops! Knights definitely can and do die permanently. Eventually they essentially "run out" of revivals and die permanently. Depending on the amount of combat they see, this can happen either very quickly, or very slowly. There are other ways for Knights to die, but I'll go more into that in different articles haha! Between those two main scenarios, the number of Knights tends to stay relatively stable, actually.

I like how seasons are the result of godly wars! Does it apply to other natural phenomena? Like earthquakes, tornados or snake-meteorite-showers?

Ooh great question! A lot of natural phenomena are the result of other divine beings; specifically the Elements! I have to write an article about them haha, but suffice to say they're living embodiments of each element. Thanks :3

That might make for some really interesting weather phenomena, to be sure! :D