The Duchy of Antonian

The local Grand Duchess is a Dwarf by the name of Frida Featherstone. Her palace is the one on the hill on the south side of the river. It’s walls are 40’ high. The citadel doubles as the local military base, housing not only the Grand Duchess’ mansion house, but the barracks, mess, infirmary, training/parade grounds, and the administration buildings. In the center is a green space, with a pond and a small grove of local plants, remnants of the jungle that used to be here centuries ago. 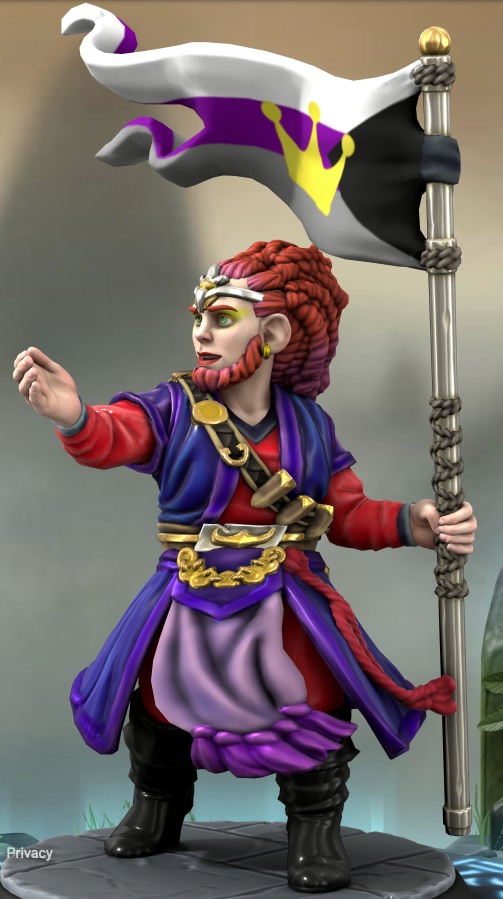 Her family has been in power for several centuries. She is 431 years old, and inherited the title and lands when her father died 74 years ago. She has two children, a boy (Anders, 230 years old) and a girl (Shayl, 210 years old). She also had another son, Umber (who would be 273 years old), but he was killed by assassins.   She has two brothers, both younger than she (Monten, 409; Sedd 376). If Frida dies (or otherwise becomes incapable of ruling) the succession goes Anders, Shayl, Monten, Monten’s children, Sedd, Sedd’s children. Monten and Sedd (and their families) still live under the mountains in the family’s ancestral homes, so if they ever had to take over, they would be very unfamiliar with the Port Karn area. Not a showstopper, but it might be a difficult transition.   Most of her attention is on the grand duchy as a whole; she lets Duke Antonian handle the local stuff; he, in turn, delegates the running of the city to Count Sharpe (and other county-level things to the respective counts/viscounts). Those local things are often delegated to the even more local barons, although not always; this varies by count and how active they are politically. Some are better than others; many have a hands-off attitude that allows them to enjoy their ranks more than those that actually do the work.   There are 158 noble houses, not including Featherstone.   The Grand Duchy (which includes areas not in Port Karn’s immediate area; it’s about 1/12th the size of the whole Empire)
Grand Duchess: Frida Featherstone
Dukes (12, 1 of which is “local” to the Port Karn area) (4 Dwarven [3 in the Zirinibar Mens, 1 in the Melekurad Mtns], 4 Human, 1 Elf [NW, near Linaxa], 3 Orcs)
Counts (150, 12 of which are “local”; 3 Viscounts, 9 Counts) (VCCHuman CCCOrc CDwarf VCElf CHobbit VCGoblin)
Barons (1530, 145 of which are “local”; 97 Barons, 48 Baronets) (Human Orc Dwarf Elf Hobbit Goblin)   Knights/Steadholders (1565, typically members of the noble families already listed above)

Articles under The Duchy of Antonian

The City of Port Karn