I've recently found out about Safari's "reader" mode. It removes extraneous things like ads...but it also removes carriage returns, as I found out recently when one of the players showed me the wall of text--with no line breaks--that my writings had become. This was unacceptable; I want people to actually read the results of my efforts, so I had to figure out a solution.

As it turns out, I came up with one. Manually adding a pair of line-breaks after every paragraph. This returns my text blocks to paragraphs, and puts a blank line between paragraphs. The result is no more wall of text, and readable stories and gaming information. I just have to spend a lot of time reformatting all of my articles.

I started with the Adventure Logs, going in reverse order. As of 1/17/23, I've done 17-21. I also did "Cathryn Becomes a Mage". More adventure logs to follow, along with everything else. Eventually.

Update (1/18/23): The Adventure Logs are all done. So are the shorter Citiscapes, and the Religion article.

A little over seventy years ago, the smaller of the two moons, Jypra, spontaneously and explosively disintegrated.

The immediate effect was a mana-shockwave, causing a momentary spike in the mana level that blew outward from the explosion point, causing destructive spell effects all over the world. The moon broke apart, the debris streaming out in orbit. It soon caused a rain of material to plunge into Velyri’s atmosphere. There were months of increased meteor showers, and overall world temperatures rose, causing blistering summers and mild winters for a few years as the falling pieces of the moon burned up in the atmosphere.

It also caused a rain of crystalline shards that covered the world. These didn’t burn up in the atmosphere, and ranged from being about the size of a grain of rice to about an inch long. People who picked up the shards sensed they had an intrinsic value, and searched around for more of them. Even animals sought them out: there were tales of crabs carrying shards from the sea onto the beach, and fish being found with collections of shards in their stomachs. Academics theorized that perhaps the crystals have some sort of ability to impart a mental compulsion on nearby lifeforms, although why this is so, and for what purpose, no one knows.

People collecting the shards soon found that the shards themselves were indestructible as far as they could tell. Dwarven forges couldn’t melt or shatter them; mages couldn’t damage them with arcane energies. Mages were able to determine that the shards were magical, but all attempts to analyze the magic contained within them gave ambiguous results. The lack of results didn’t stop them from trying, however.

Some people used them as coinage, some as religious artifacts, some as parts of tools, some as pretty baubles. They were, in fact, rather pretty, looking like slightly bluish quartz crystals with a very faint phosphorescence. Eventually, someone discovered that some shards would attach to other shards, and when that happened, wild magic erupted. The power and extent of these eruptions were based upon the number and size of the shards connecting together. Some effects were good, but most were either bad or inconsequential. In some cases, it was only a flash of light; others might involve color changes of objects or people nearby; still others might have their hair fall out or grow uncontrollably. In some rare cases, objects nearby were destroyed or transformed into something else, or people were killed.

When people noticed the effects of combining the shards, they played around with mixing and matching shards, creating the Game of Shards. Rules varied from place to place, as the need arose. In taverns, bars, and other meeting places people would come together and try to fit their shards together, in the hopes that something would happen. Sometimes it did. The rules of the games emerged because people needed a way to peacefully trade shards, but as it turns out, the rules designed to prevent violence didn’t work. Violence follows the shards like a bad odor. People didn’t like giving up their shards; to many, the shards became an obsession. Many people would pay exorbitant prices for any shards they could get their hands on, and many others would hire thugs to get shards forcibly from others.

Once shards connected, they couldn’t be separated; they had become a single unit. The lucky people (in the eyes of those most interested in the Game of Shards) ended up carrying large conglomerations of crystal, in oddly shaped, random forms. And the more crystals someone had in one piece, the easier it was for them to find others with large pieces. The players, or perhaps the crystals, working through the players, somehow seemed to seek each other out.

This phenomenon has social and psychological effects. The subtle urges emanating from the crystal shards make travel more common, as people feel the need to find others with shards and see if any attachments can be made. Some rulers made diplomatic concessions as a way to make their borders more open, as the increased amount of traffic put pressure on the nobility. Even the poor, usually limited to a day’s travel from their home town due to expenses and feudal considerations, have found ways and excuses to travel farther.

Economically, there is a thriving trade in shards. People pay good money for them, and a lucky strike by some poor farmer can lift him and his family out of poverty if they can get past the allure of the crystal and sell their find. There are dedicated buyers/brokers for shards, who were either hoarding them themselves, or getting a significant cut for other hoarders.

Politically, things are starting to become unstable. The Tondene Empire is beginning to amass a military force large enough to attack other countries, something they haven't done for decades. Neighboring countries, often long time allies of the much larger Empire, are beginning to get nervous. Uncertainty about the future is beginning to be felt by those with their finger on the pulse of the Empire, as no one really knows which way things will go. The Empire has been around for nearly 900 years, so there are a lot of old noble houses constantly vying for power and coin. But this buildup of the armed forces is something new; it’s not the usual squabbling of ambitious barons and counts, trying to gain power for their clans.

Meanwhile, a religion has sprung up in the last few decades. Called the Church of the Awakening, it doesn’t follow a specific god or set of gods, it’s more about personal spirituality. Its primary message is about “awakening your soul” and “awakening your inner powers of the mind”. There are varying versions of this in different nations, but they all are more or less about personal enlightenment, which many people find very appealing. While they don’t follow any specific deities, they don’t mind if their followers do. It’s not really about gods. It has been growing in power and influence, and are one of the largest patrons of the Game of Shards. In fact, each member is given a shard to wear as a necklace as a sign of their devotion to the Church of Awakening. Many of the Church leaders brag about how many shards they have collected, and urge their flocks to seek out those shards that they can. They have been at the forefront of many political issues surrounding the shards, and have been the leaders in influencing the nobility to keep shard economics unfettered by governmental control.

The campaign begins in Port Karn, a port city at the mouth of a very major river, and situated in one of the older parts of the Tondene Empire. It's an old city, founded by Orcs long before the Empire absorbed it, and while much of it has been rebuilt over the centuries, many of the lanes and alleyways follow their old, twisted, shadowy paths. Trade is the lifeblood of the city, and its wharves and docks are always bustling. The surrounding area, farmed for centuries, is a patchwork quilt of tilled lands, orchards, pastureland, and woodlots, bordered by hedgerows and low stacked stone walls. Farming villages dot the expansive farmlands cut out of the surrounding subtropical jungle. It's the seat of a Grand Duchy, so politics and economics are always in play. 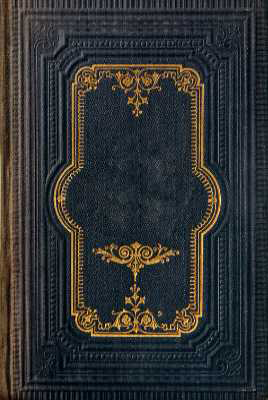 Scourge of Shards has 4 Followers

A Game of Shards

Port Karn is a busy city, filled with all kinds of people. Some are dangerous, some aren't. Where do you fit in?