Feren is the Zeribian god of the sea and storm winds. He represents the dangerous and unpredictable sides of the sea. He is responsible for storms, thunder and frost. He is represented as an angular purple serpent. He is also known as the Great Sea Serpent, Lightning Serpent and Stormwind.

Usually no shrines or temples are built for Feren, but sacrifices are made on the sea, to ask him for good sailing weather. Thus he is less visible in the Zerbian architecture than many other gods. Despite that, he is probably the most universally worshiped and perhaps the most important Zeribian deity.

A constellation that marks the approximate South on Salan is called Šamhešyn the Sky Serpent by the Zeribians, and is thought to be the representation of Feren. In one of the myths about their mythical past Zeribians tell about their arrival in the Eastern Islands from the North, following the great serpent. Finally they reached the Southern end of the world, and found a land that was the serpent's grave. Then they decided to travel no further, and settled on the islands nearby.   The serpent's grave in the story is thought to be Irin i heš, the Southernmost island under the Zeribians' influence, and where the bones of giant dragons are often unearthed in the mines.

Simple snake shaped jewelery are popular talismans worn to gain his protection. In monumental architecture he is usually represented as a serpent surrounded by weaves. In clothing he is represented with zigzag patterns. The purpule colour, that is gathered from a species of sea snails, is associated with the divine in general because it's hugely expensive. 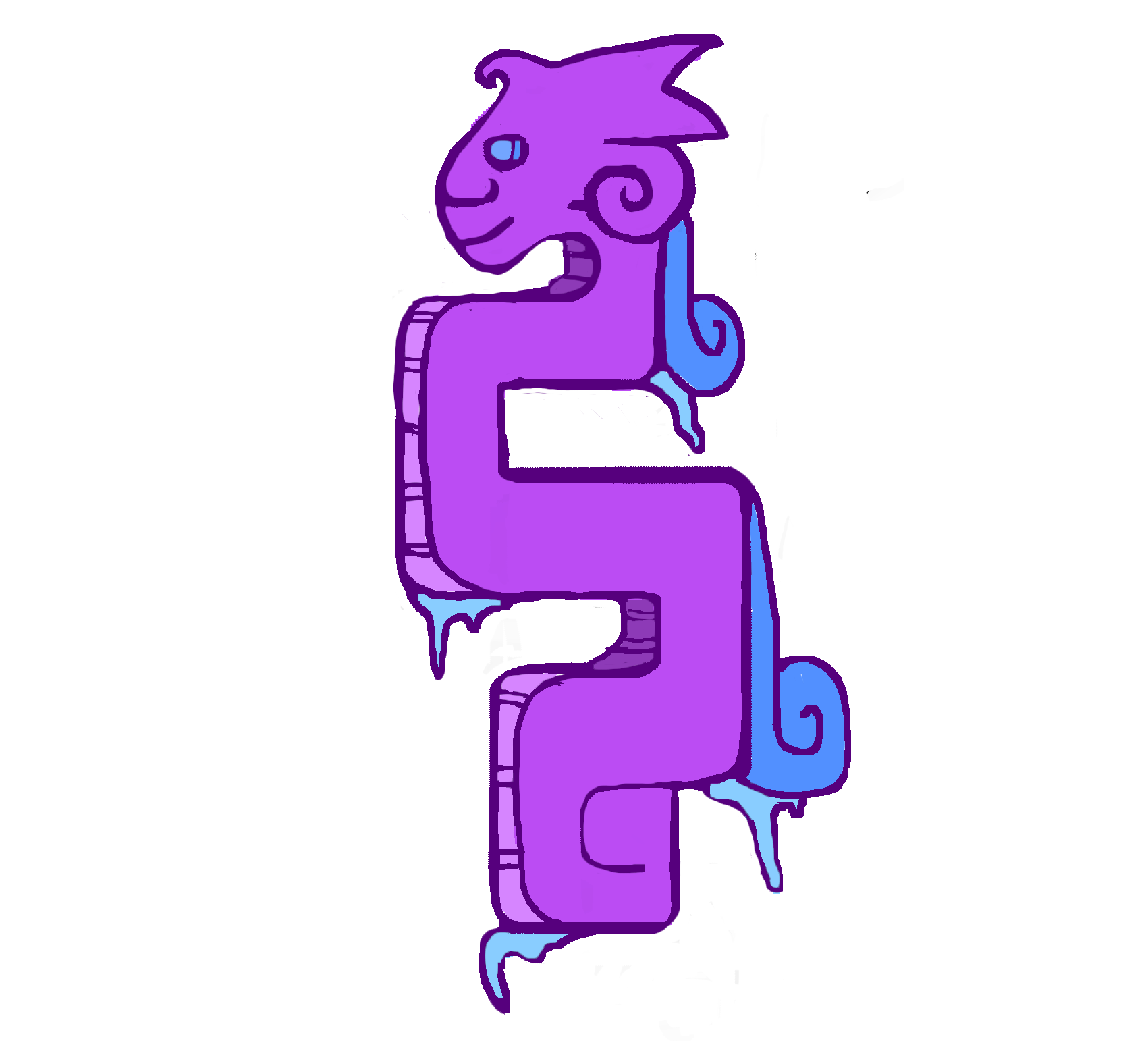