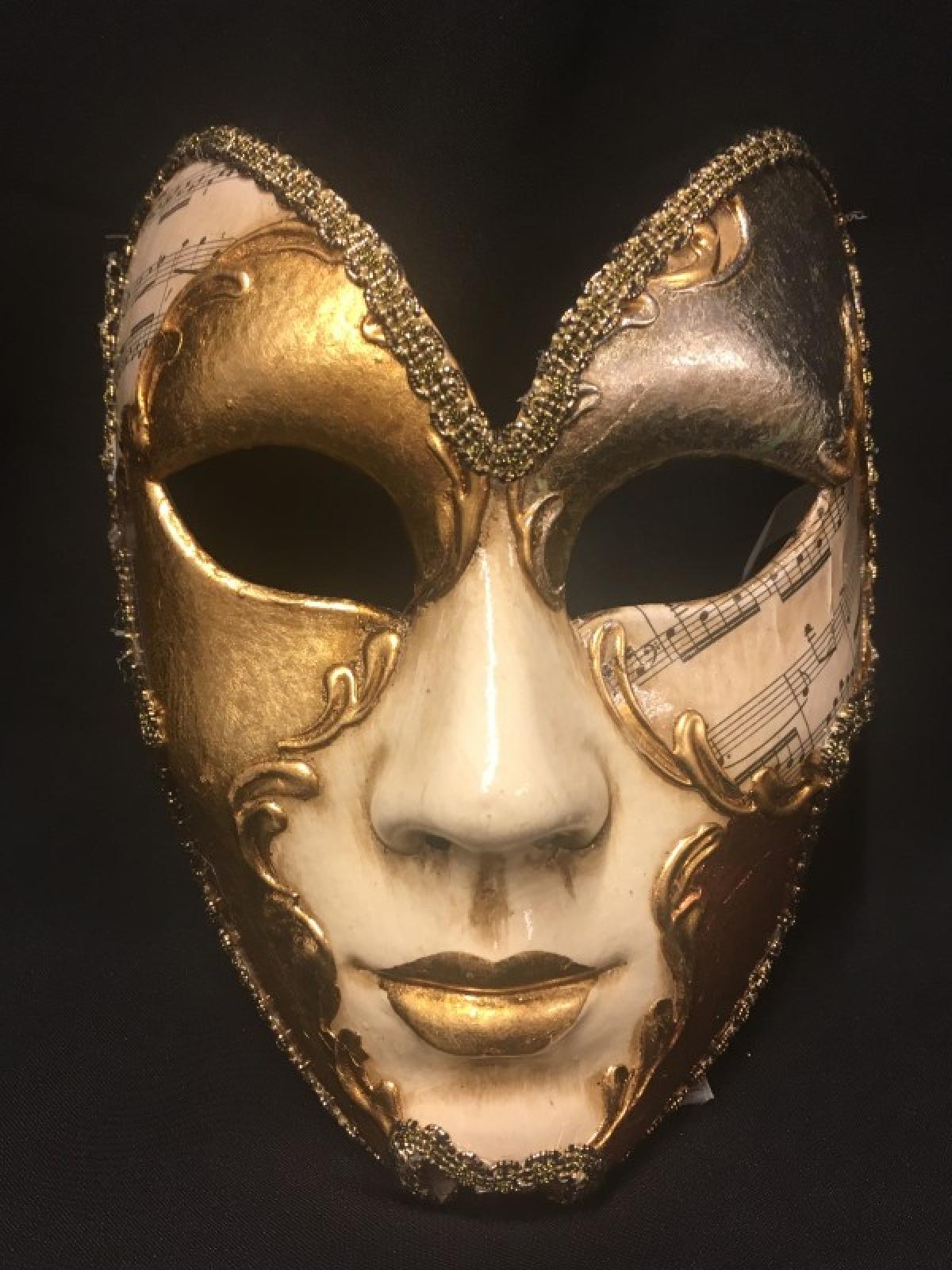 Masques are metaphysical manifestations that adorn the heads of Sleepers, from cradle to grave. These masks mark hold the essence of their nature and narrative, from old farmer to young knight. For the Sleeper, these masques are marks of their connection to the Dreaming-World.

Masques are expressions of essence, telling the tale of the Sleepers story and their role in the Dreaming-World. Masques may be damaged or cut, but never come off.   Masques are can be simple and elaborate, with smaller stories and roles resulting in the more simple masques. The masques are made out of a flesh-like material (or whatever creature-equivalent that may be) to form a life-like and expressive but stylized face. It is warm to touch and striking to masque is much like striking any other part of the Sleeper. They will bleed, break and come apart under abuse but are capable of almost complete regeneration with time.   Despite fully covering the Sleepers head, the Masque does not actually hinder them in any way. A masque-wearing wolf is fully capable of biting prey, while a knight always seem to be able to fit his helmet on without concern. Some masques include horns, tusks or other protrusions and these function much like one would expects.

When a Sleeper draw close to Awakening, the masque begins to show marks of fraying. The material crack at the edges, colors face and never-healing scars begin to form. The closer the Sleeper comes to their awakening, the less of the Masque remains.

Masques can and do change. As a Sleeper grows old and their role in the Dreaming-World enters a different phase, so too do their masques. Sometimes, this change is forced upon the Sleeper by outside elements; either the sub-conscious whims of the Dreamer or the Awakened.

All Sleepers have the potential to become more than their masque. When events conspire to bring the Sleeper far outside their intended role, the Masque begins to calcify and break. After that first step, the Sleepers eyes are opened and for the first time, they begin to truly think. For most, this first step sets in motion the irreversible path towards Awakening.

Chandra could remember the day. She had once been a farmer and her entire life had belonged to the routine of tilling fields, planting seeds and the frantic harvest. Her hand floated across the scars that marked her face. The deep, jagged cuts from the Nightmare still ached when it rained.   It had been difficult to guess who had been more surprised: herself or the beast. The thing had impaled itself almost on accident and it was as if her eyes had opened for the very first time. As if color had gained a new edge. The blows after that had been no accident and when the Nightmare finally stopped moving, the farmer had become something else. She had become herself, Chandra.

The masque remains after a Sleeper awakens but it is an empty, lifeless thing. Most simply wither away or fade.

Quentriandal is a dreaming-world, made manifest by the endless slumber of a creator-deity. Those who live within her dream are figments of her imagination, bound by the whims of the dream. These souls, human or beast, are called Sleepers and they are born into the world wearing the masque.   Read more about Sleepers

But not all remain bound by their masque. Some Sleepers go through the Awakening and cast off the chains of their masque. These Awakened are free to chose their own fate.   Read more about the Awakened

"Masques are can be simple and elaborate," Apart from the are can mix up id rewrite it as well in my opinion simply because it kind of implies they cab be both simple and complex at the same time which the rest of the sentence contradicts. :)     Love the concept soooo much. I remover reading it the jntro and it really stuck with me. It's super abstract though and I find it very difficult to really oicture the physical elements of masques. They are metaohysical but they bleed. are they literal parts of ones face? I seriously recommend Neil gaimens mirrormask if you havnt seen it/read it. It's not the same thing at all buttt its kind of what I picture. On the other hand I also picture like an ethereal face that molds to the head and has a corporal element. Please clarify if I'm right on that! I reallllly wanna know.

They're literally and physical part of the face, sort of like a flesh-melded mask-construct thing. As long as someone is a sleeper, the Masque is organic and really part of their body.

Ohhhh ok so that clears alot up and I love it lol I was having alot of trouble there.

Then it sounds like I need to make that more clear in the article! :)

Oh! lol indeed it does. Haha