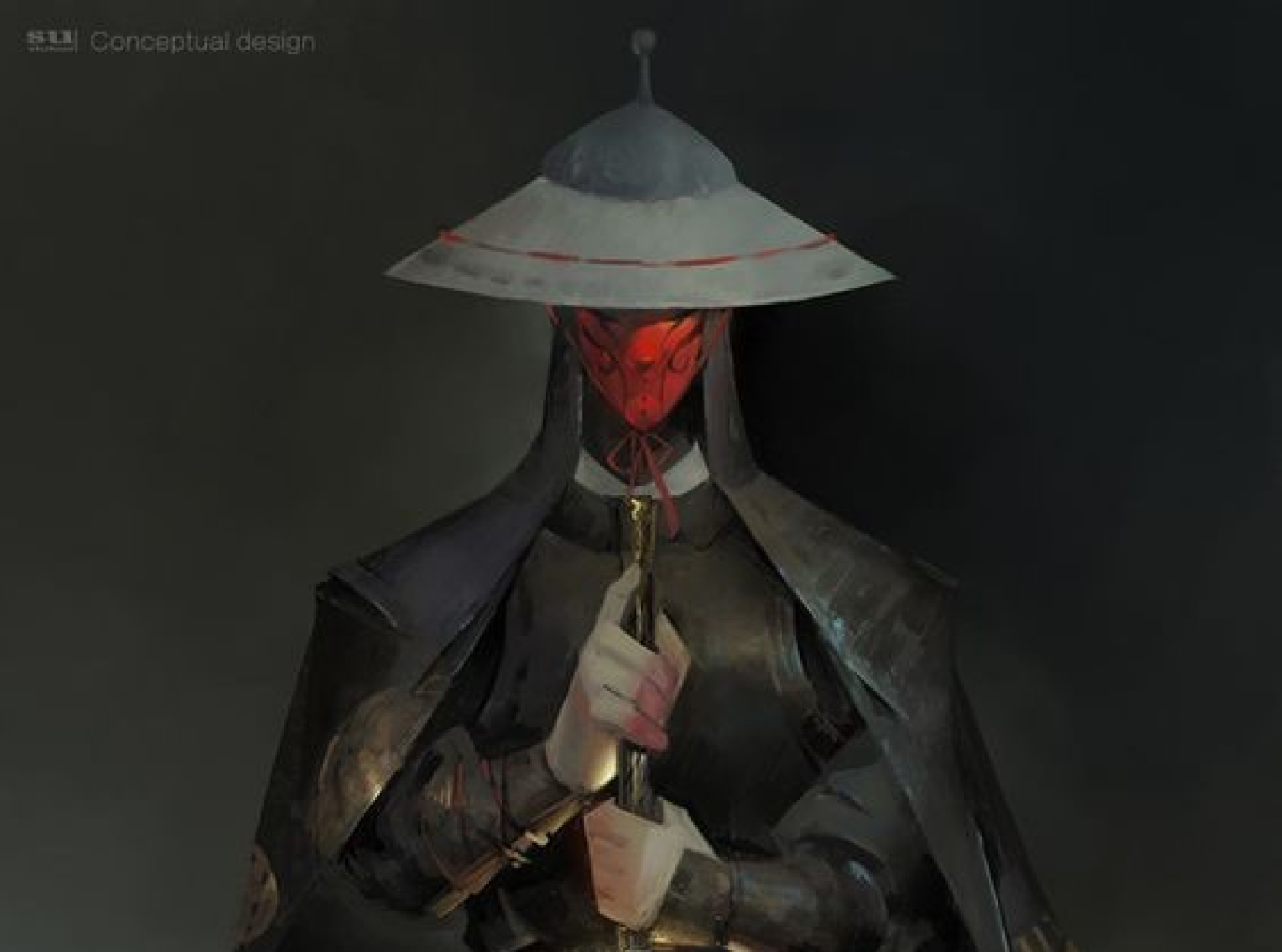 Sleepers are the inhabitants of the Dreaming-World who are still bound by the dream. They wear elaborate Masques, fully formed from birth, that tell of their tale and role. From simple to complex, the personalities of a Sleeper can be have all the depth of an Awakened, ranging from fully formed to archetypical.   But the blade wielded by a Sleeper can still cut deep and deadly.

Sleepers are people and creatures who are still in thrall of the dream. They are figments of imagination conjured by the Dreamer and subject to all the whims of the Dreaming-World. But sleepers are still people in all the ways that matter to all but the most cold-hearted Awakened. Sleepers bleed when cut, cry when tragedy strikes and age as the years wear on - though some of these factors are subject to the narratives they possess and embody.   What Sleepers never have is true independence. They cannot change themselves or their world. They play their part in their stories and tales, with no chance to seek anything different.

A Change Of Heart   On occasion, the whim of the Dreamer will change the story of a Sleeper. Other times, as the Sleeper grows old their role might change from better match their age. Whether slow or sudden, the Sleepers are bound to oblige.

Animals are also sleepers. Most have very archetypal behaviors and masques, while more fantastical and notable monsters are afforded the luxury of depth and detail by the Dreamer.

Path of the Sleeper

Sleepers tend to begin as archetypes: the burly blacksmith, the impetus young knight, the mad king and so on. As they age and as their stories interact with others, their personalities develop and broaden even if they can sometimes remain fairly shallow. Most sleepers do not learn new skills or improve the ones they have, at least not out of their own accord or ambition.

But being a Sleeper does not mean that they are meek or helpless. The master swordsman or vicious thug are just as likely archetypes for an Awakened to cross as it is the farmer or the friendly drunk. While Sleepers are incapable of True Magic, they are sometimes capable of abilities that express facets of it, depending on their story.

A majority of Quentriandal's inhabitants are Sleepers. They go through their lives, transitioning from one story into the next or repeating the ones they have on an endless loop. They are everyone and everywhere, from peasant tilling the field to kings from their thrones. Rank, wealth and privilege do not matter when it comes to being a Sleeper or not.   The most common source of disruption for a Sleeper are the Awakened. Simply by being, the Awakened have the power to warp and end stories, beginning entirely new tales from nothing. This can make things both better or worse for the Sleeper. An Awakened is the only one who can change a story of drought and starvation, but they're also the only one who's carelessness might lead a rampaging beast into the village.

For the most part, Sleepers make no distinction between Awakened and other Sleepers. To them, there is no difference and no masques. The Awakened are treated according to their story and actions.

All sleepers have the potential to Awaken. To break the Masque that obscure their selves and make them slaves to the Dreaming-World. Sleepers who do so become capable of changing not only themselves but the world around them, to weave new tales and to cut down old ones. Awakened are powerful, not because they wield True Magic or deadly blades, but because they are free. Such potential lie within every Sleeper.   Read more about Awakening

Weshryn's masque is that of a young woman, handsome rather than beautiful with a strong jaw and piercing eyes. When at rest, the expression of her masque is one of unbridled enthusiasm and energy. She is the Impetuous Young Knight, with a theme of impulsive thought and action. Her story has revolved around conflict and combat, but always with honor and good intent. To an extend, she embodied the chivalrous and wandering warriors.   Still young, Weshryn is still more an archetype than not. But ever since this fact was exploited by a clever young Awakened to trick her, this has begun to change and Weshryn has even begun to stop to actually consider her actions now before charging in. Only a short moment, though.

Being a Sleeper isn't all bad. For the most part, their lives are predictable and often pleasant enough. Many of them go through lives without many surprises. Unless their story calls for it, they are untroubled by sickness, debilitating injury or financial trouble. They simply are; but at least they have that.   Some, though, are less fortunate. When a Sleeper has no anchors into the world, the Dreamer can begin to forget them. This fate is known as Fading and it amounts to creeping oblivion. The color begins to fade from the Sleeper, their masque begins to turn blank and other Sleepers will begin to forget or ignore the Fading sleeper.   Still bound by the dream, there is very little the Sleeper can do about this. Unless something anchors them to the world and reminds it of their existence, the Fading sleeper will simple vanish from the world as if they had never been.   Read more about Fading

With a masque that bears an brown-nosing smile and a corpulent frame, Karrom carries one of the most elemental human stories within his beating heart and gilded masque: Greed. Karrom wants more and it doesn't matter what it is. More gold, more food, more attention. He will always attempt to oversell and cheat his customers by compulsion. He is the type that everyone knows is a cheat, but he makes it work anyway.   Karrom's interaction with several Awakened hasn't really broadened his personality as much as it has deepened it. From them, he has learned entirely new ways of deceit. His story of greed and hunger have only grown, with the masque he wears becoming crowned with gold.

Masks of flesh and essence, these ornate masques mark the Sleepers of the world. Their masques marks their part in the story and the dream.