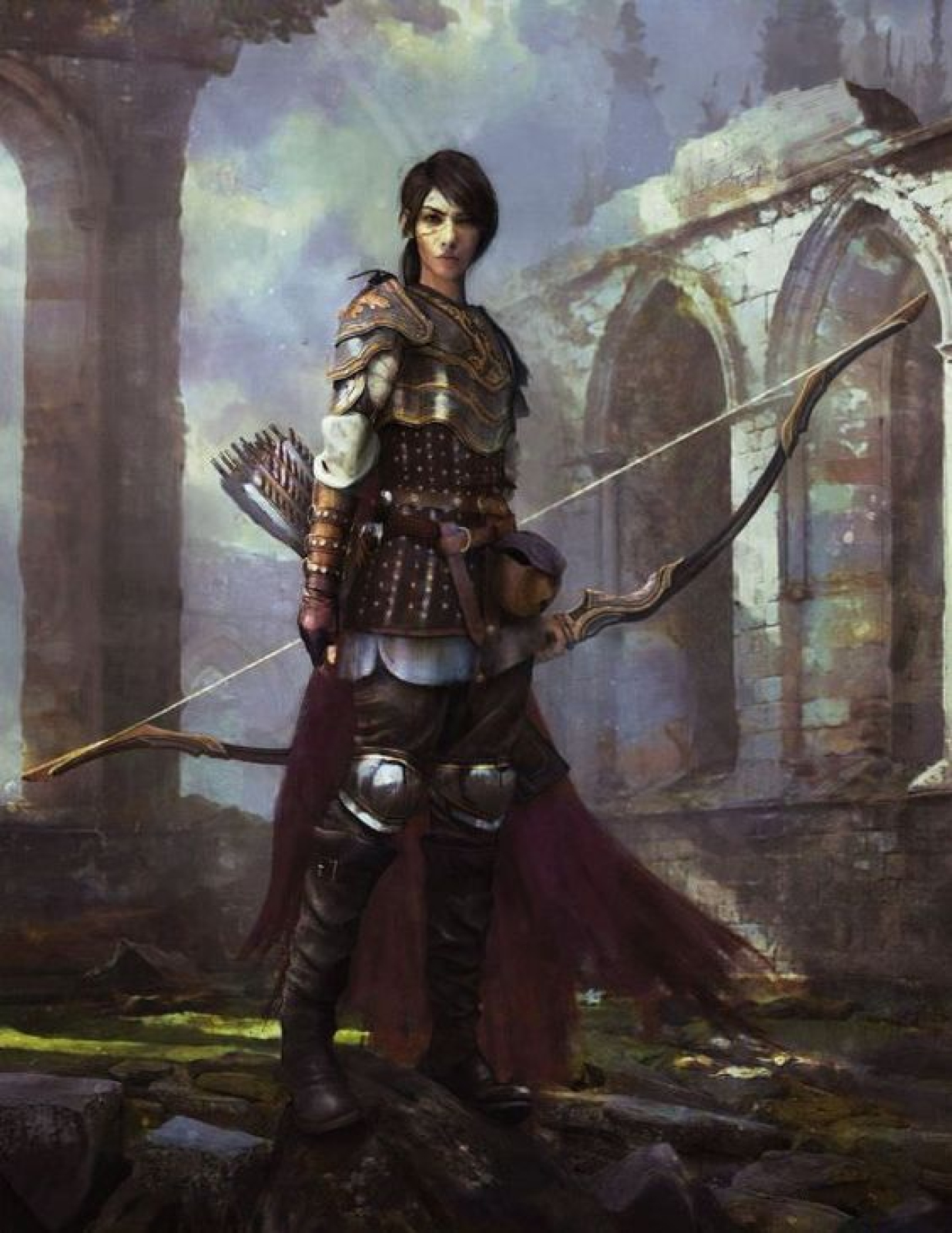 It's not impossible. I just haven't tried yet.
— Chandra, Awakened Hunter

Arete is the first circle of Magic that the Awakened come to grasp: the ability to do the impossible. The art of Arete is part instinct and part skill,

Arete is flexible - nearly any action that the Awakened can take can channel Arete to achieve wonders. Running, speaking or swinging a swords can all be performed as a legend would. Different skills or actions require different training and an Awakened's Arete is influenced to a high degree by their Narratives: a great swordsman would find the Arete for public speaking outside their grasp. Some manage to change their Narratives and learn new Arete, like a wandering swordsman becoming a leader.

The magnitude of Arete varies with the skill and the power of the persons Narrative. An Arete wielded by an Awakened possessing a strong narrative and experience can do far more than an inexperienced or weakly-enforced Awakened.   At the absolute peak, Arete allows an Awakened to do things like leap many times their own height, outrun wild animals, clip the wing off a fly with a thrown pebble and similar feats.
While Arete can enable deeds that will turn into legend, there are limits. The Dreaming-World displays a preference for effort and tenacity in its impossibilities; it will not allow the Awakened to clear a mountain with a single leap but climbing it with nothing but her bare hands, it will. Additionally, Arete never displays overt supernatural elements such as shapeshifting, conjuring flames or lightning, or other such phenomena.

The use of Arete relies on the Awakened's endurance and personal reserves. It is more spiritual than about sheer physical fitness, with practice and narrative reinforcement making it easier and less straining. The less impossible the action, the less straining it is though the Awakened almost always have an narrative of remarkable second wind and resurgence - especially when the situation seem at its most dire state.

Arete gains in power as its narrative is strengthened. As an Awakened practices her archery every day, she reinforces her narrative as a skilled archer - in addition to keeping her mundane skills sharp. Others might meditate to sharpen their technique or imbibe forbidden droughts to strengthen their bodies: there are many ways for the Awakened to empower their Arete.   There are two principle ways of empowering the Narrative as it relates: Immediate and Essence.

Techniques that are done in the moment. They provide short-term boosts to the Narrative and range from drinking a potion, visualization or more esoteric techniques. These take anything from a few moments to a few hours to perform and their benefits are expended as soon as the action is taken.   The ritual, stance and breathing technique of a swords-master just before her lighting draw and strike is an example of a typical Immediate technique.

Essence is not a technique, but relate to the way the Awakened live. The martial artist who practices every day without rest, the mystic who seeks the harshest elements to meditate in or the doctor who's experiments blur the lines between life and death, who lives or dies.   Many Awakened instinctively practice Essence - it is just who they are. The discipline and training required to master a martial arts is an example of an Essence technique.
The two paths are often combined. Either can incorporate an element of risk, danger or side-effect and these serve to make the narrative stronger at the cost related. The alchemist's strengthening droughts might only last for a certain duration or destroy the body if taken too frequently - these sort of drawbacks are common with the more esoteric and powerful Arete techniques.

Wind blows, grass grows, fires burn and Narratives is what governs the Dreaming-World. Everything and everyone has Narratives attached to them, short stories or themes that reinforce who or what they are. Only those damned to Fading lack Narratives, while the Awakened are unique in their ability of collecting and evolving them.   Read more about Narratives

Sleepers do not possess Arete - not as such. They have Arete-like abilities tied to their Masque and role, but these tend to be much more limited and straight-forward than the art of Arete. A Sleeper with the Narrative of "the world's strongest man" will possess remarkable strength, but its limit is set in (narrative) stone.   Read more about Sleepers

This looks very cool! So basically it allows people to do stunts out of actions movies. The way you explained the empowering was very clear and made a lot of sense.   Is magical skill covered by Arete as well? I know you said that they can't do anything supernatural with it, but is that an exception?   Well, I'm looking forward to seeing this page completed. Consider yourself having gained a follower!

Thanks!   This part of magic in Quentriandal is pretty much complete: was there anything you think was missing? :)   Arete is one kind of magic: there might be more, like dream-stuff-crafting and tale-weaving, but I haven't decided yet. Those would be separate thing entirely and not directly affected by Arete. I am having some thoughts about the second circle having to do with Altering actions instead of enhancing them though, so the two could probably/possibly be used together on the same action.   But right now, I haven't made any decisions regarding that. :)

I am reminded of the antagonist of Witches Abroad by Sir Terry Pratchett, who used stories to try and bring a forced peace onto her subjects. I love Pratchett's work, so you can probably guess how I feel about this. The idea of a world where stories are less fantasy and more natural law has endless possibilities, and I feel like this scratches the surface, but scratches it well.   I wonder, do villains in this world try and use stories to their advantage? Are they like General Tarquin from Order of the Stick, and use stories to become legends among legends, or do they try and work around the stories, following the Evil Overlord's list, creating an I know you know I know situation?   All in all, I love this idea and I can't wait to see what else you do with it!

"yes"   Both are true, but not everyone (or even many) are aware of the way the world truly work. Sleepers can't resist the stories or narratives at all, either.

So technically it's a bit of determination, pushing one to impossible levels? I do like the idea of it all though, the idea one could technically achieve feats way beyond physically possible! though, how would this be in terms of situations where the user may be physically hurt to the point of near death? Could they survive lethal wounds with this spell? Or is it moreso skill alone like swordfighting and bow and arrow?

Sort of - it's the magic of being your mythical best.   If you had a narrative that was some flavor of "ridiculously tough", yeah, you could use this art to stave off death for a time. The central limitation is that you can only enhance something that you *do*, though. You can grit your teeth and push through pain, but you can't "be immune to disease", for instance.   A generic "resisting damage" might be something else, though. :)