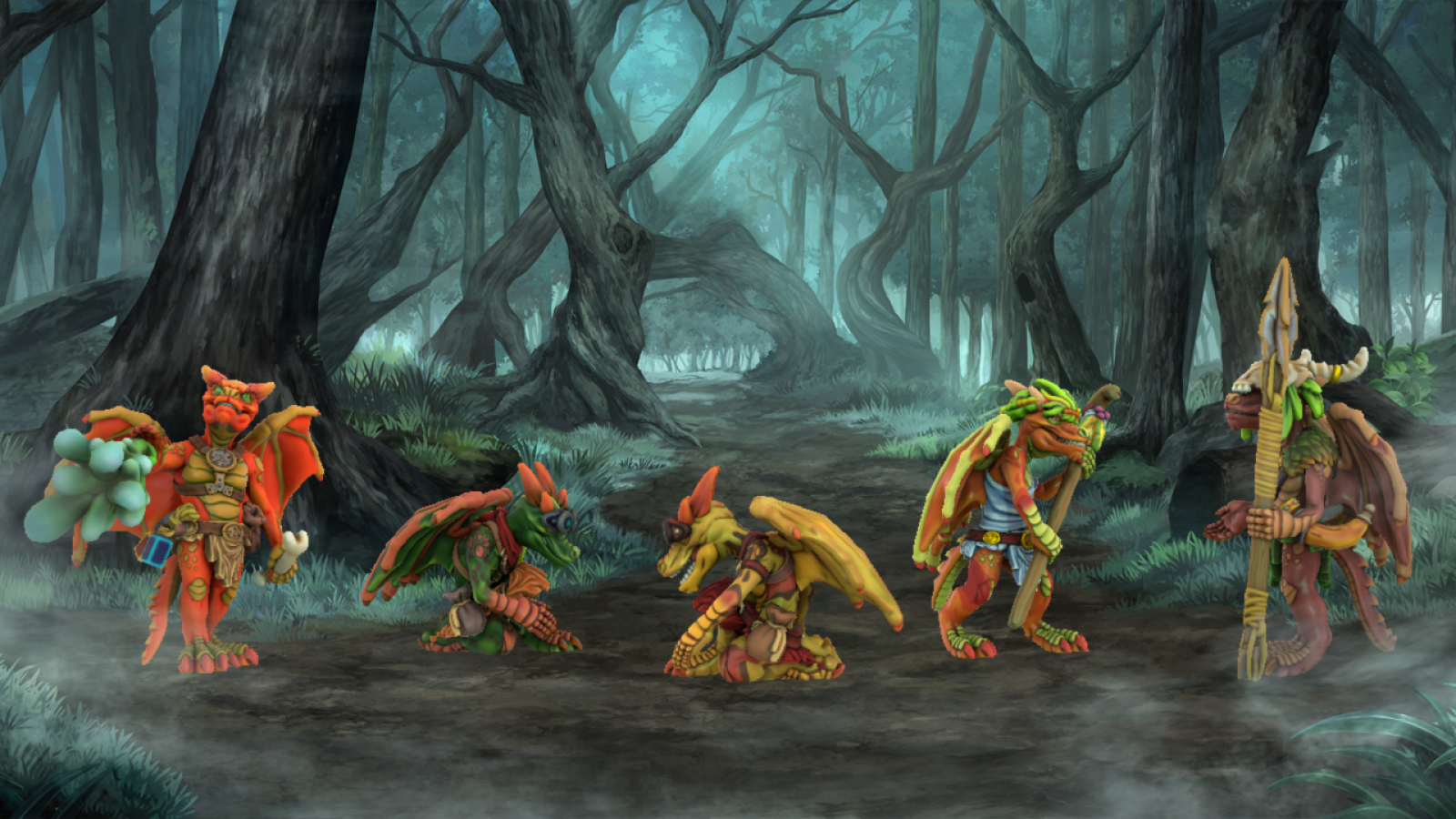 Where Is The Hidey-Hidey Lair?

"Home, home in the sswamp.
Where the meatss will eatss you sso don't play.
Ssno-oze if you will, the meatss findss you and kill,
And your sscaless won't ssave you, no waaaay!"
— Sung by Bard Kipess
sung to the tune of "Home On The Range" 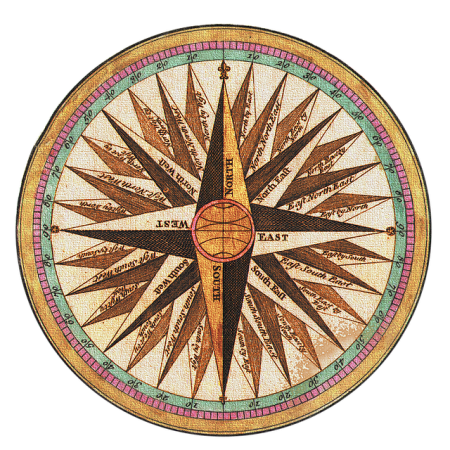 Blackstone Region
Open full size
The Southernmost settlement of the Miribex Kingdom. It lies on the South Branch of the Darkwater River, a system of rivers and lakes that serve as the major trade routes throughout the kingdom.
The Hidey-Hidey Lair is deep within The Thrundank , a large swamp near the town of Blackstone, which is also home to a cat-like folk called the Timukua.     The lair is home to a Nissling tribe who get along with the Timukua.     The two peoples have made a sport of raiding each other's caches and hunting shacks.     The humans in the town of Blackstone often hunt in The Thrundank for the tasty but dangerous snapjaw turtles that could bite off a man's hand if he got too close.   Occasionally, humans harvest cypress trees, but this is only with the permission and guidance of the Timukua.   Humans had little to do with the nisslings. 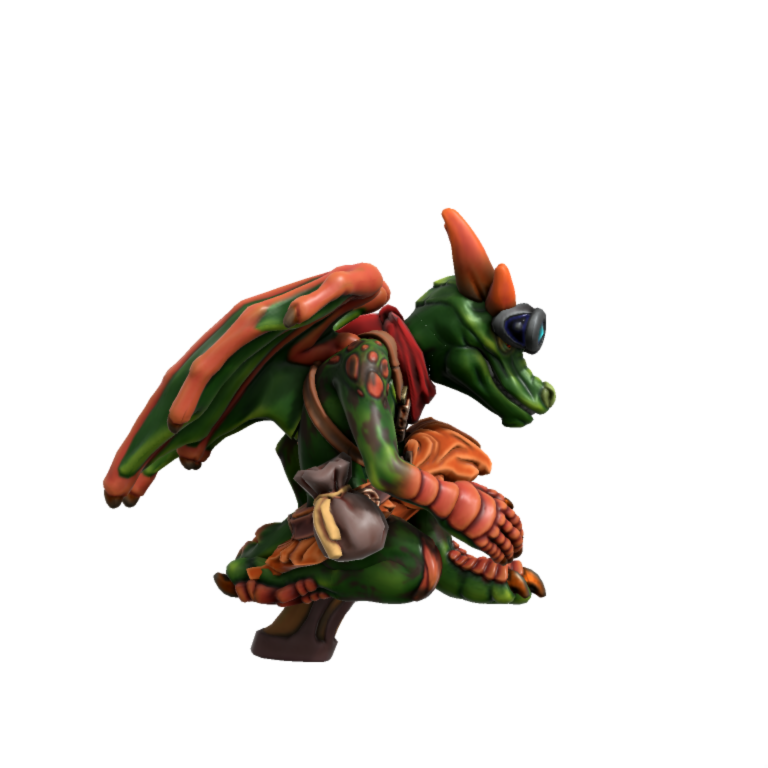 by Dazzlinkat
The Hidey-Hidey Lair entrance is large enough to allow humans and Timukuas to come in and conduct trades. It is always guarded by two nisslings, though their degree of vigilance depends on how much coin each one has and whether their Knuckler bones have been taken away for gambling on duty. They just might be caught rolling knuckle bones in the dirt. 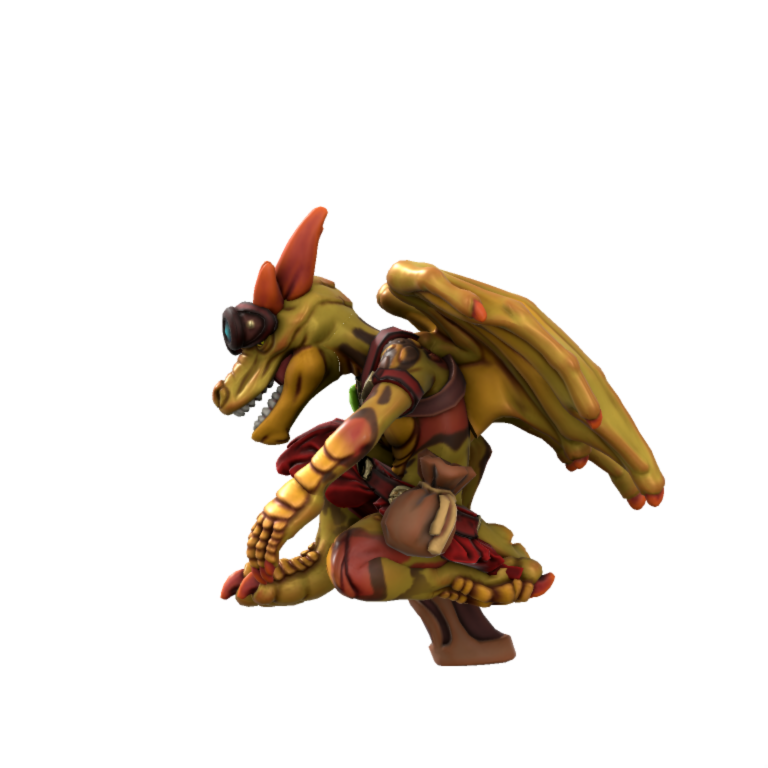 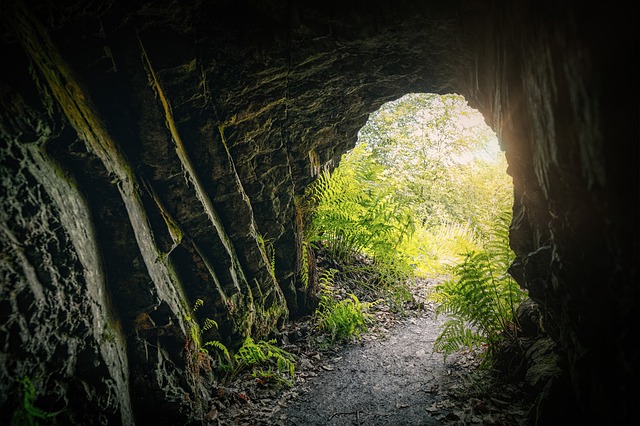 by Tama66
The Entrance 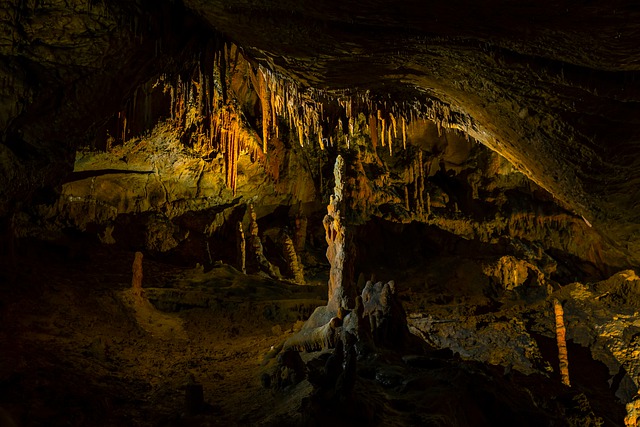 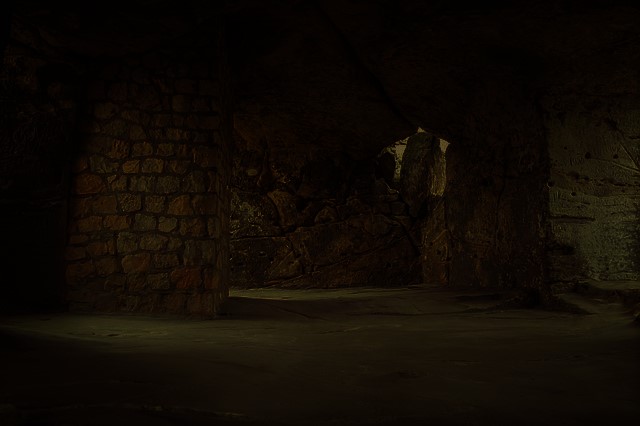 by Didgeman
Bossy Boss Cave
Past the entrance, a roomy tunnel ends at a rattletrap trip rope that will shake a line of rattlesnake tails should anyone trip it. Beneath the trip rope is a wide swath of dried twigs that will crunch in loud echoes should anyone step on them. After the traps are the Sleepy Cave, where the nisslings sleep during the day. At night, their little grass or vine pallets are rolled up and stacked against the walls. Those who aren't out hunting or raiding spend the night crafting bolts for their crossbows. Others make traps or nets. Older hatchlings play in the Sleepy Cave before being tucked back into the Rookery.   Beyond the Sleepy Cave, a roomy tunnel goes on to the Bossy Boss Cave where Bossy Boss Marss trades the tribe's shinies from raids and best skins from hunts with humans or the Timukua. All trading is conducted in the Bossy Boss even if these trades are not with the Bossy Boss himself. Being such an important cave, this is the only one made with fancy-stacked stone walls.

Not all tunnels in Hidey-Hidey Lair are sized for bigger folk. Small nissling sized-tunnels lead to the private caves none but nisslings ever see.
One is the Smoking Cave where a great fire pit has been built to cook and jerk meat. This is a shallow cave with a series of small holes open to the sky for the smoke to rise through.
There is also the Joy-Joy Cave. This is a large cave full of niches and alcoves where couples go to enjoy each other during the sleepy hours of the day. No hatchlings allowed!!
The third private cave is the Rookery where the females make their nests. They also hatch their eggs and raise the hatchling in here as well. Males are not allowed unless they are still hatchlings.


About twelve years ago, in a savage land far from the Thrundank, there was a great tribe of nisslings whose numbers had outgrown their territory. There were just too many mouths to feed and water.   Normally, the clans of the tribe come together to conquer a neighboring land and establish a new clan made from nissling from each clan.   But this great tribe had expanded as far as they could, for the neighboring lands were harsh and full of enemies that delighted in slaughtering nisslings.   Still, their numbers were too many so their Bossy Boss held a ceremony to determine which clan to banish. 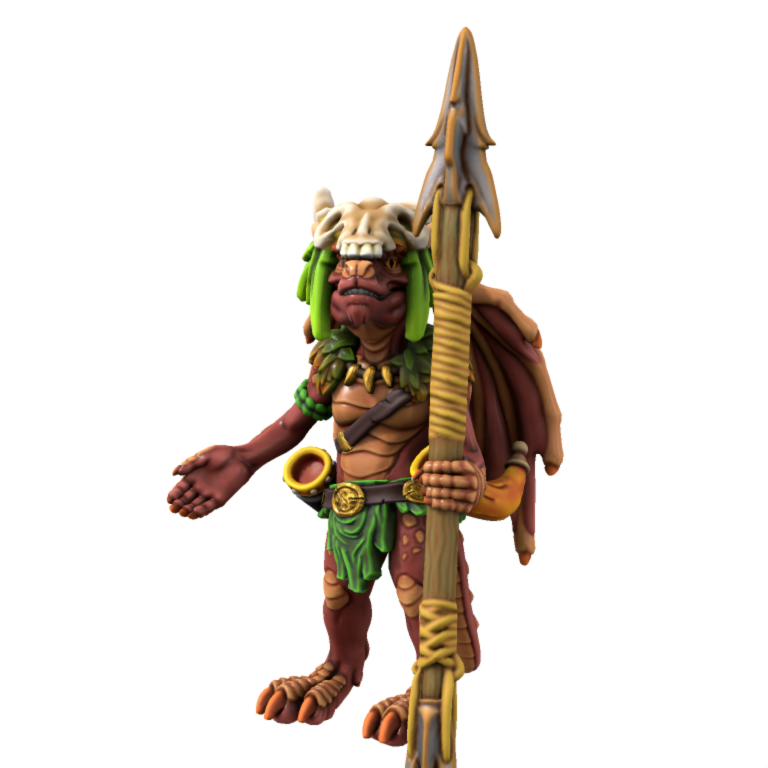 
All the Bosses sat within the Bossy Boss Cave, each one holding a wishbone. Bossy Boss Ssmagss walked up to each kneeling Boss and grasped one end of their wishbone and pulled until it broke. If Ssmagss ended up with the greater piece, the Boss was sent to sit before the circle of stones around Gimmy-Gimm MooDoo Pipss. Once he had done this for all fourteen bosses, eight sat around the circle of stones and stared at the elder gimmik with pleading eyes so she would not pick them.   Pipss ignored their stares as she waited for Ssmaggss to return to his Bonesy Throne. Soon as the Bossy Boss climbed up the rickety throne to his seat, she shook her bag of rune stones.   "MooDoo VooDoo," She whispered. "MooDoo VooDoo." She repeated louder. "MooDoo VooDoo!" She shouted.   Then, she upended the bag and all the rune stones fell out onto the dirt in front of her. For agonizing minutes she pondered the stones, stirring them this way and that. All the while she hummed and hissed until, finally, she stopped.   In the silence, all could only stare. Suddenly her arm flung out towards a Boss.   "Youss!" She screamed, pointing at Boss Marss. "MooDoo ssay youss strong enoughss to leadss clan to new landss. Be new Bossy Boss!"   "Oh, no'ss!" Boss Marss' wail was lost amidst the cheers from everyone else in the cave.

Journey of Wails and Tears


The Journey of Wails and Tears began the very next night. The wails were from the older hatchlings struggling to keep up with the adult who were burdened with packs filled with eggs and hatchlings too young to make long flights.   The tears were from the aching eyes of every nissling as they trudged through the daytime instead of sleeping. Nisslings were night creatures and though they longed to sleep in the bright, they dared not.   For three nights and two days they journeyed west until they came to a swamp with an island just right for them to dig a new lair. 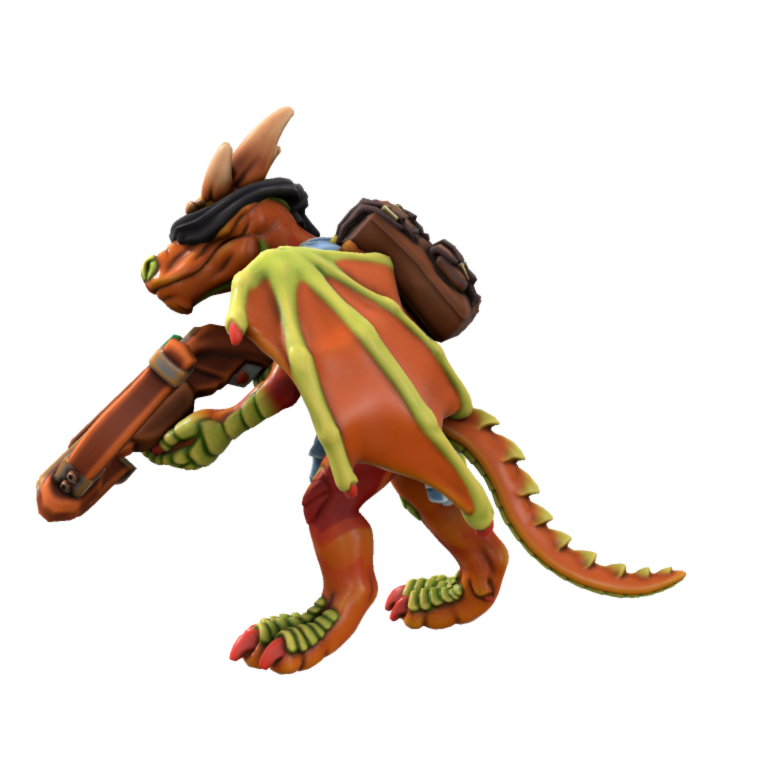 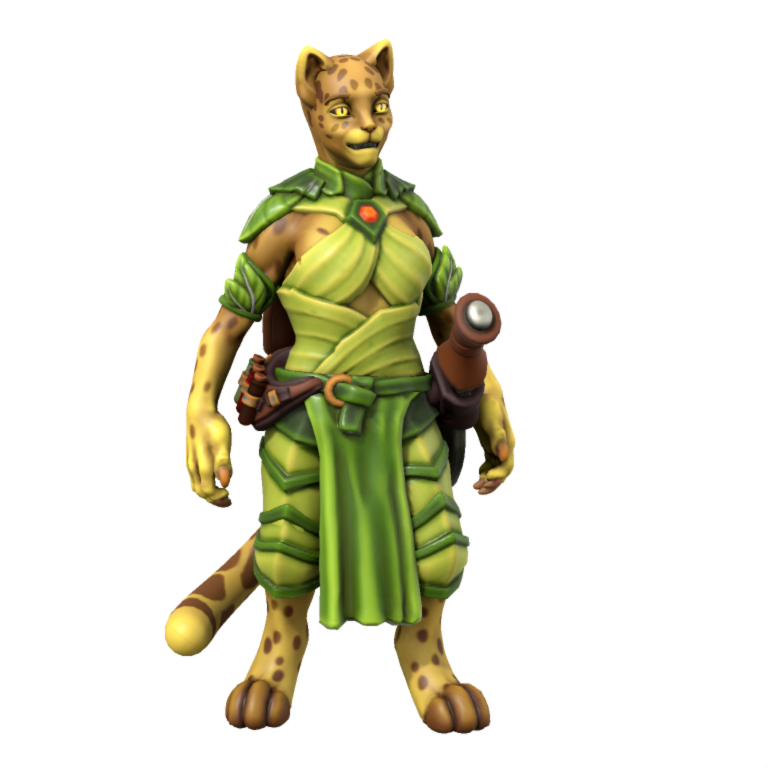 by Dazzlinkat
Though the swamp was in human lands, there was another non-human folk called the Timukua.   They were not at all pleased to see a new people moving in to plunder their swamp but, after some bloody negotiations, the Timukua allowed the nisslings to continue making their new lair.   To this day, the Timukua and the Hidey-Hidey nisslings continue to be at peace.


War of The Hand

One day, a human came to Hidey-Hidey Lair and hired the tribe to steal a magical bag. It was a simple heist that happened outside of the human town of Blackstone. Anything outside of settlements was considered fair game for raiding and the nisslings happily agreed.   Unbeknownst to the nissling, this human was full of treachery. Soon after they traded the bag for the promised coins, the gang of thieves known as The Hand attacked Hidey-Hidey Lair! The tale of the beginning of this war has been written by the Hidey-Hidey nissling bard, Kipess.

After the fancy raid, we feasted and partied for three nights and two days! As we rested from the great party, Bossy Boss Marss sent me to the fur peoples with jingles to get a hooch maker. Finally, we would have nissling hooch! I haggled my best and got a fine hooch maker with plenty of jingles left in the boss pouch. I flew back to Hidey-Hidey with joys.   It was daylight by then and I had to wear my eye scales. They let me see many boat peoples' boats poling away from Hidey-Hidey. Some were clawed up, others lay on the bottoms pierced with nissling bolts. Alls had blood. Oh, nos!   I dove down into Hidey-Hidey lair, half-folding my wings so I could glide fast through the out tunnel and land in the Sleepy Cave. Dead were every where. Most were nissling. Some were boat peoples. By a wall, I saw dead hatchlings and my heart cried. I howled to MoorDoon. From a tunnel came answering howls. Nisslings still lived!   Joys filled me and I ran down the tunnel. There in the Bossy Boss cave was Bossy Boss Marss missing an arm. Barker Devdass was struggling to move the last big stone holding down the pretty hide covering the secret trove cave. Once he moved it, the hide moved aside. MooDoo Rinkss stepped out. With her were many hatchlings. Oh, joys!   "Kipess," Bossy Boss Marss called to me.   I hurried to him and we began to plots the end of The Hand.
— written in Leather-Bound by Kipess

After that first terrible slaughter, it was The Hand who died until the next full moon. Peace has since returned. The Hand makes sure to never go into the Thrundank and the nisslings stay away from the hideout in the Wild Orchard favored by The Hand. 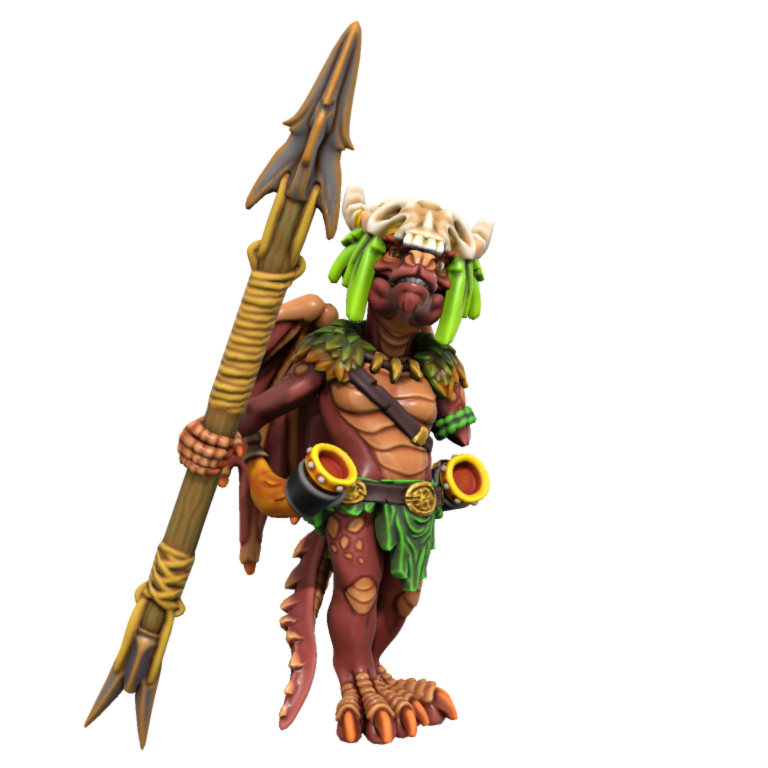 by Dazzlinkat
The Hidey-Hidey Lair is ruled by Bossy Boss Marss. 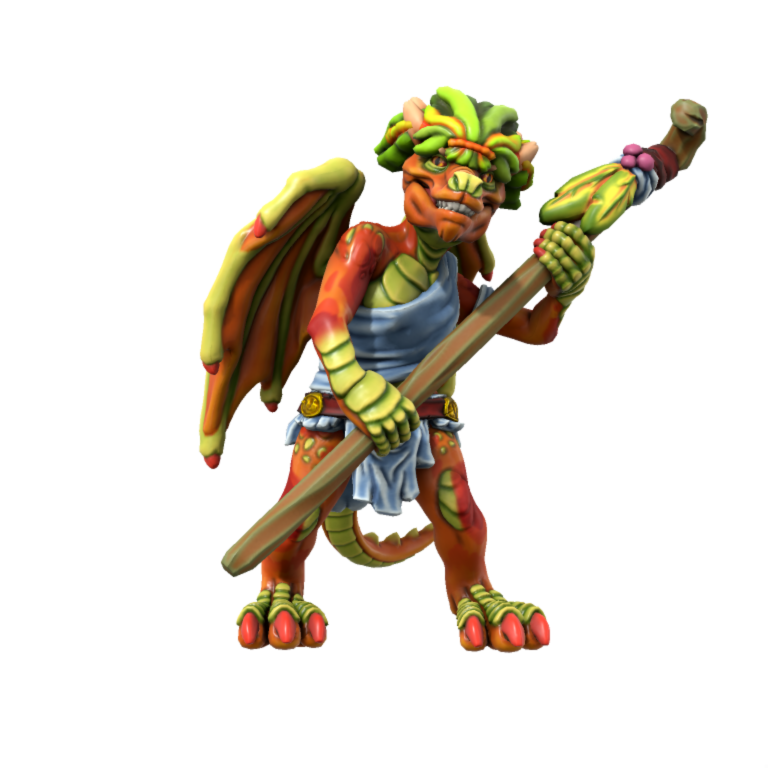 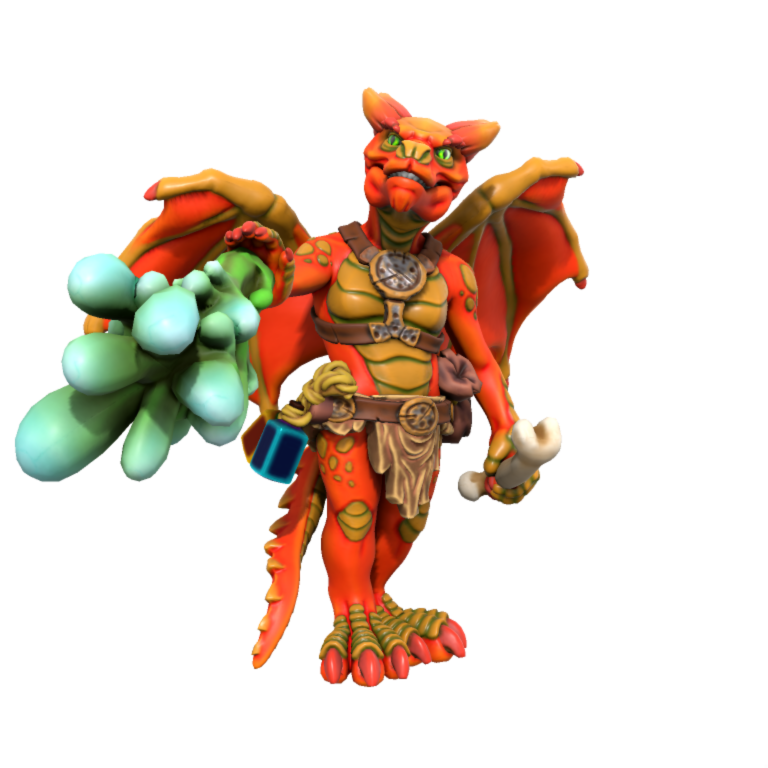 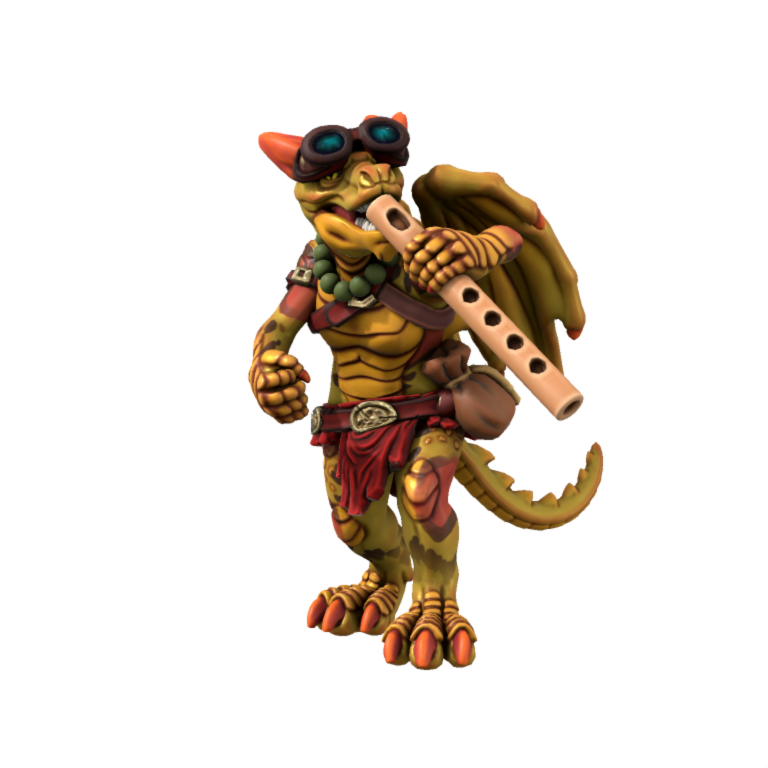 performed by WriterGreg
Click here to find WriterGreg on Twitch

from Tiger Productions.
Please Login in order to comment!

A really fun article that I truly enjoyed reading for it's novelty and humour through simplistic language and double-namings. The included maps and artwork along with lots of heroforge models, means you can truly get a sense of the inhabitants of this area, their apperance and the scale of the location.   I've included this amazign article in my Reading Challenge summary:

Thanx so much! Glad you enjoyed reading it!