Handfasting is the most common wedding ceremony in the Kingdom of Èirigh. This intimate ceremony has roots deeper than the oldest Crimson Pine in the Woods of Escaine, starting with the gods themselves. From bond servants to kings, this simple yet beautiful and intimate ceremony is the perfect way to celebrate two souls joining together.

According to Èirighean mythology, the practice of handfasting is said to come from Cior's love of weaving. Doomed to live eternally separated from their lover, Cior & Cal created the world by reaching across planes of existence for a single touch, and filled it with such abundant life that neither would be alone. However, some believe that the practice of handfasting stems from a conflation of Cior and Cal's love story with that of Fòmhar and Cuimhne, lovers woven from the same skein of life by the creator gods.

Truly, no one knows how or when the practice actually began, for it has existed longer than the kingdom itself. It could be theorized that handfasting became so common due to its flexibility and accessibility. Because the structure of the ceremony is so simple, it can be performed by those without a penny to their name under the open sky, or dressed up to meet the royal demand for spectacle.

Any handfasting ceremony begins with the most trusted friends of the couple preparing them in whatever way befits the couple. For many, this includes things like dressing up in their finest clothes, weaving flowers through their hair, and providing emotional support. It is seen as dishonorable for the lovers to get ready together, as many count it a snub toward the eternally divided gods of love.

While the lucky couple gets ready, the rest of their friends prepare the location of the ceremony. This may include decorating the area with flowers and other decorations that hold meaning for the lucky couple, tuning instruments, clearing space for the handfasting circle, or any other number of tasks.

When the lovers are ready, they are blindfolded by their attendant, and a trusted friend is sent to notify the attendees that they are on their way. At this announcement, the attendees will gather in a large circle and hold hands facing the center, leaving a space free on opposite ends of the circle for the lovers to join in. A few moments later, the attendants lead their blindfolded wards into position, whispering prayers and blessings over them meant only for them to hear.

As the lovers approach, the attendees hum a traditional wedding chant to provide underscoring for the beautiful moment, growing in volume as the pair draws closer to one another. At the edge of the circle, the attendants turn the lovers so that they are facing away from one another, and remove the blindfold. Then, the attendants place gentle, guiding hands on the lovers' shoulders, helping them walk backwards until the pair stands back to back. By this time, the humming of the attendees has turned to chanting, building in intensity. Finally, at the climax of the chant, the attendants spin the lovers to face each other for the first time. As they make eye contact, the chant comes to an end, leaving the lovers to take in the moment.

The circle closes around the lovers as their chosen minister steps forward, usually someone close to both of them, and the attendants whisper one last word of luck before joining the circle, leaving only the lovers and the minister in the center of the circle. At this point, the minister will invite the lovers to join hands as they recite a poem they have composed together, reflecting on the major moments -- both good and bad -- of their relationship. As they do this, the minister carefully winds a strip of fabric around their hands, wrists, and arms, tying it in intricate knots as they go. It is the minister's task to ensure the knots have been tied by the end of the lovers' shared poem.

When the knots have been tied and the poem recited, the minister asks one simple question of the lovers: "Do you of willing consent wish to bind yourself to the person before you, for good or for bad, from life into the light above?" Should the couple reply yes, the minister will announce "in the name of mighty Cior & Cal, so mote it be." The attendees reply "so mote it be!" At this point, the lucky couple may kiss, and are considered joined in life.

This done, the lovers stroll together around the circle, stopping to accept a blessing from each attendee. Often this is the most emotional point of the ceremony, as the newly wed pair receives overflowing support for their continued joy together.

Finally, the lovers must work together to slip out of the knotted chord binding them together without cutting or untying it. If they are successful, it is a sign that their souls are bound forever, and the union is blessed by Cior and Cal themselves. This blessing is said to follow them into the life after life, ensuring that they will not suffer separation like the gods of life, death, and love.

At the barest level, handfasting can be performed with nothing more than a few friends and a length of thread, twine, ribbon, or even a strip of tattered cloth torn from an old over shirt. At it's most extravagant, a handfasting ceremony can traverse an entire city and include the most spectacular and expensive materials available. 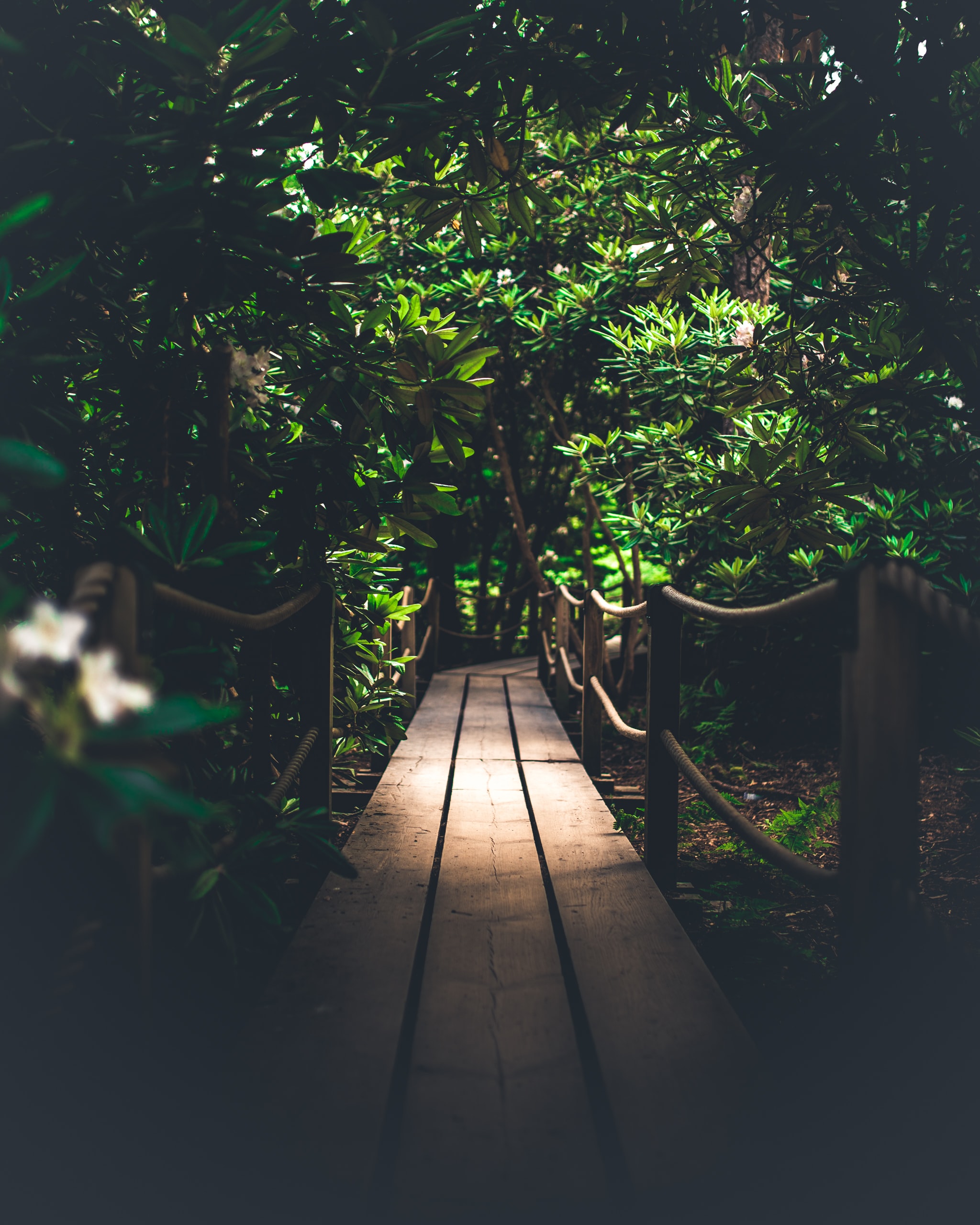 by Taneli Lahtinen on Unsplash

The gods of life and death.

A very special tree native to Éirigh, which can only be found in the Woods of Escaine. With deep red trunks the size of small houses, these breathtaking trees can only be harvested with the direct approval of the King.

My initial notes on this one were an excited "Cior & Cal!" And while I continue to love their story and how they brought the world into being, I really enjoyed reading about the intricacies of the ceremony this second time around. I love how involved the community is.

Thank you so much! This article was definitely the most rushed of my WE (I finished it on the final stream), but I'm glad you were able to enjoy it still. ^_^