The first of generation of kids that lived on Nyckaneh Valley and together with their parents gave life to The Town had their own tradition to remember where they came from, what they wanted and who they were. They put together a shrine deep in the forest. When new kids joined the community they left offerings and the shrine grew. At some point, the kids grew bored and found new ways to welcome their new friends. But the shrine remained.


-Tomás! Seye! Come look at this!!
-Ola, what did you find this time?
-A lot of stuff! Hurry!
-Could you take us on our super machine?
-Fine, but you're getting lazy.
—

The trio, after they discovered it shared their finding with their parents. Together with Tiwa Okoro, they searched in the archives of the community centre and learned it was called Shrine of Wonders. The toys and mementoes that were there collecting dust and functioning as a nest for birds in search of a home once belonged to the first settlers of Nyckaneh and many kids that arrived in the years after it was founded.


The Shrine of Wonders is three wooden cabinets without doors and many compartments and shelves. The larger cabinet is in the middle with two smaller ones at its sides. When they found it the shelves were full of broken toys like dolls, plushies, cars, marbles, little medals, etc. Along with the nests, there were also mould and vegetation.


The trio decided to restore what could be saved and made new offerings. They invited the others kids in Nyckaneh to donate something to the Shrine of Wonders and work on the cabinets to clean and paint them. Of course, they moved the nest to a safe place with the help of the adults. Now the place became a new place for the kids and their families to enjoy, and get together with their community. 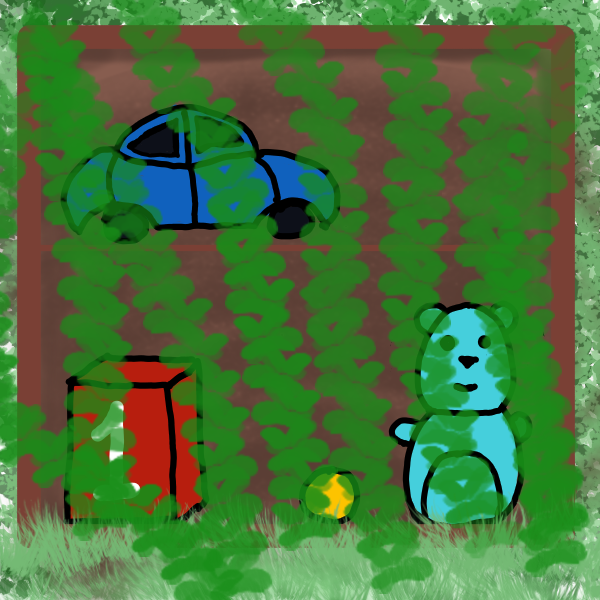 Where hope and future train and play

Answering: "A lost or discovered monument."
Visit Julian Ralid's Competition Page Check all other answers to this prompt Competition Homepage