While parents and caretakers try their best to supervise the kids' activities, the children are very creative to get away and play by themselves in the forest. Their beloved pets are always with them to make sure they don't get in too much trouble, or perhaps to create some if things are boring.

-Tomás, help me with the painting!
-What would you do without me?
-Find another psychokinetic friend.
-Rude.
— Seye and Tomás. Seye ended up with paint all over his clothes.

A short time after Ola arrived with his parents in Nyckaneh, she quickly made friends with two boys, Seye and Tomás. The three of them became inseparable. Tomás and Seye lived all their lives (eight years) in Nyckaneh, and they showed Ola around, supervised by their parents. Once the new family was acquainted with the town and its inhabitants, Ola's dads gave her a bit more freedom, all the freedom a five-year-old can have, in a place like this can be a lot.


The three kids explored the forest accompanied by their pets. Ola adopted a rokk that she called Donita, Tomás had by his side Shiny, his loyal fearx and Seye was always followed by his wabberine, Lindek. One day they encountered an old tree with long branches covered in thick vines and pink flowers. The three of them were delighted to find a place like this and spent all afternoon playing there.


Ola was the one with the idea of making that place their secret Super Club to train and play with their pets. Tomás borrowed materials from the tech shop, a piece of cardboard and paint. And together with Ola and Seye painted a sign for their club and added more branches, grass and even a door. They are very proud of their tree house.

-Ola, catch this!
-But Shiny keeps winning!
-I trained her well.
-Come on, Ola! Try one more time.
— Tomás, Ola and Seye.

The kids get together in the tree house almost every day. They have important meetings where Ola tells them about what happens in the world outside, and the travel she and her parents embarked on to get to the town. Tomás and Seye decided they are going to train and become better with their superpowers so they can stop the bad adults and everywhere can be like Nyckaneh.


Ola wants to include more kids in their Super Club. The boys have a list of names of possible candidates for their mission to save the world. They know they need all the help they can get. 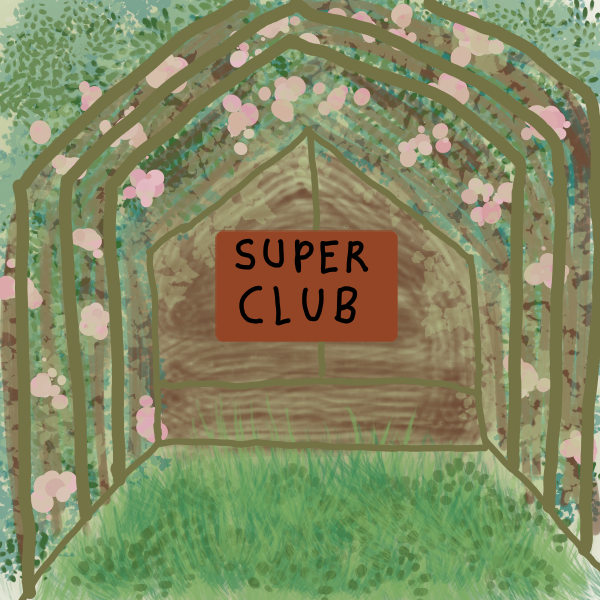 It's always good to have a friend by your side


There are rules to be part of the Super Club:

-I bet this slice of pie you can't move that.
-You are going to lose. You'll see!

Answering: "A building associated with governance, leadership or change"
Visit Julian Ralid's Competition Page Check all other answers to this prompt Competition Homepage