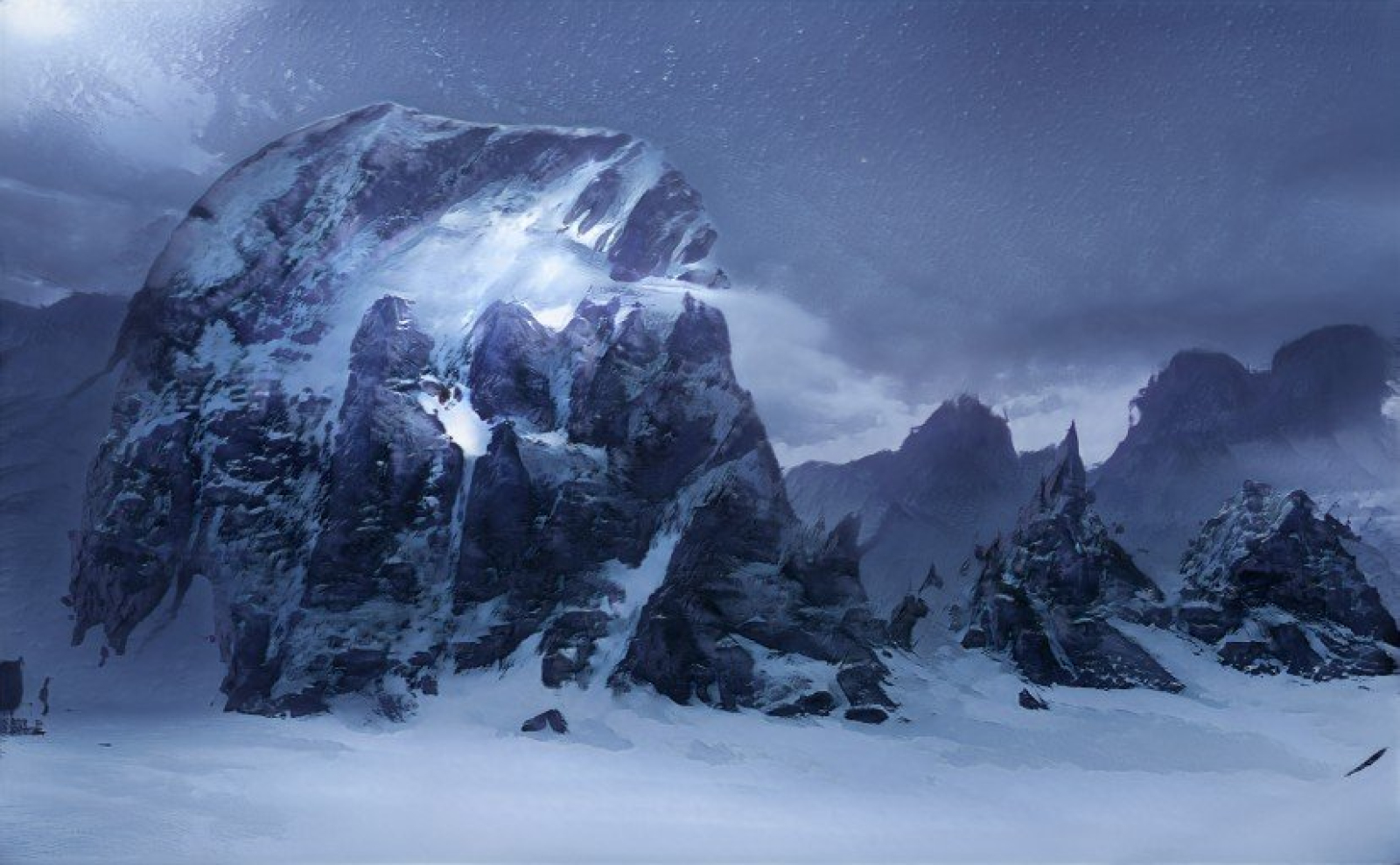 It’s all made out of ice and has been adapted for living conditions by the inhabitants of the continents, Qieq’ars. There are mountains everywhere you look. The temperatures can get as cold as -20 degrees Fahrenheit (-28 degrees Celsius). The winter is the coldest time of year and even the inhabitants can withstand the cold they stay inside because when it’s winter there are more snow storms.   It’s home to the Restless River which also spreads across to the other contient of Almagrecia. The most well known and the highest mountain is Mt. Nipaterel which is 26,723 ft tall. Only a few people have been able to reach the summit. There’s also the Kapuscord Mountain Range which stretches across two districts.   The capital of Jyvasian is Colzhong. It was the first settlement established when the inhabitants came to this continent. It’s home to around 400,000 citizens.

There’s heavy snow storms happening frequently and a few blizzards here and there but otherwise it’s fine unless you count deaths happening left, right and center but that’s different, isn’t it?

There’s not many natural resources in the continent but the Gaillardia Hexagonoptera can commonly be found among the mountains. The ocean that Jyvasian surrounds is home to many different types of fish which are important to the Qieq’ars diet.   The mountains are home to resources such as rare stones and minerals and some have unique qualities. The most common one is coal which is used for heating up homes and other useful things in the earlier days. Iron, Gold, Xonocoelite, Agarnet are also found in mountains.

The continent is divided into 4 Districts; Northern, Eastern, Southern and Western. Each of those districts is governed by different organizations and each one of them has different laws but they try to listen to the people. They are friendly to one another but that doesn’t mean there’s jealously from time to time. There’s been times when the organizations have tried to sabotage one another. The most famous one was during the 21st century where the Northern and the Western have fought which almost killed each other which would’ve had disastrous consequences. They have solved their difference and learned their lesson.   The Northern District is known for its beautiful mountainy view of the tallest mountain among other things. The Eastern District is famous for their revolutionary developments on all levels like the Restless River. The Southern District is where the military is. All of the military training and bases go on everyday and Most of the construction for weapons and armor goes on here and then stored for battles. Also, the major crime organizations like the Nemesis Brigade and the Cipher Order are here as well but the government isn't aware of that know that, yet. The Western District is mostly for their wealth because it’s land is home to the Ashris Mountain Range which is full of gold and other valuable materials. Although, that could be said for the Eastern District too but it’s too close to determine.

It was left untouched by anyone for thousands of years until the Qieq’ars were forced to live on the ice continents by their enemies, the Irziell’s. They had a difficult time surviving and many died in the first couple days.
Type
Continent
Included Locations
Inhabiting Species