Try to avoid throwing stones at 'em. It's not easy curing the world of monsters... not their fault they become monsters themselves.

The Spooks are an organisation that were created when The Venator vanished from the world and Kaechaek needed protection from the results of realisation . They took as much knowledge as they could from The Venator  and made it accessible and not reliant on the Gods or the domain of The Raven Queen. The Spooks were effective for a time in Kaechaek though notably took far longer than the Venator to complete their work as the spooks chose a therapy and calming approach to dreamers... whereas a Venator would immediately choose the lethal solution. Since the reappearance of the Venator many Spooks have dramatically dropped in number, no longer wishing to deal with the controversial and hateful looks they receive and struggling to find new young natives of Kaechaek willing to take on the mantle... where the Venator benefit from a divine purpose and army's from another world, the Spooks have always been seen as a trade utilising masters and apprentices. Though some still reside in the world and there are even rumours of the occasional Spook's apprentice in the world, training to both kill realisations of dreams and nightmares and to give support and therapy to dreamers before the Venator can reach them.   The Spooks notably do not have a good relationship with the Venator who see them as naive and heretical groups who lack the expertise and killer instinct of their divine group whilst the spooks see the Venator as unnecessarily cruel and ill-equipped to navigate modern Kaechaek where baronies from other nations have sprung up and forced a massive increase in Dreams, nightmares and realisation without heeding the cultures and discipline of the nation.   The Spooks mostly work independently but have a base of operations and training in Kaechaek, in the form of a fort though they are loathe to reveal where exactly.    Spooks abilities, derived from the dreams and nightmares they face, allow them to use the power of 'superstition' to it's full extent once they have enchanted items to face The Quori and The Nocta Mori. As a result, even an amateur spook can use old wives tales and ideas to cause inconvenience and harm against creatures born from the light or the dark as they have come to know it. This results in spooks that utilise silver chains, salt and iron and even basic ideas or old wives curses to destroy the creatures of realisation that plague the nation... though, in doing so, they often walk a very thin line that only their own discipline can stop them crossing into becoming the dreamers they seek to save. 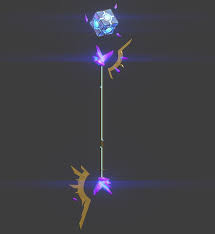 Remove these ads. Join the Worldbuilders Guild
The Spooks