They are a shining example of redemption... they work endlessly to redeem themselves thanks to the unique hero's known as The Harbingers.

Formerly known as 'The Land of Chains' for it's past disgraces of forming the ritual lands and robbing the rest of Namarie of many of its divine beings who were only kept alive by their worship whilst the ritual land gods endlessly tormented the world in madness. This led to 'the untethering' where Thornden was kept isolated by magical darkness and fog as well as strongly woven enchantments and illusions by both god and person seeking to keep the continent isolated where it will either fix its problems or implode with its gods... either way the other countries would survive.     950 years passed until Thornden's chained gods were freed, it's civil war was ended and Thornden joined the rest of Namarie, and the rest of North Namarie was again free to worship the pantheon again.   It has been 45 years since the first ships from Thornden reached and spoke with other lands and it has been an almost seemless transition. Thornden is behind in its mindset and maintains much of its traditional cultures and practices though has also begun putting work into the trade and creation of more 'modern' goods such as investing in the runic energy airships of Peridot and the constant magical breakthroughs of The Kastlands where many of Thornden's Elves reside to learn of the world of Namarie.   Though most of the world of Namarie have not forgotten Thornden's past crimes or it's clear culture as they learn from it and so Thornden have found many of the more 'high-brow' and progressive allies hard to come by such as Peridot who struggle to understand or forgive the continent for its past.   Thornden's size has left it full with resources and opportunity and so it has quickly established itself as a capable powerhouse... especially with it's combat specialists and magical skill as well as the people of Thornden's skill with divine magic thanks to the leftover scars of the ritual lands.   Thornden are also responsible for establishing The Varne Academy .

Thornden is based on a town by town mayorship who regularly come together in the capital of High Gate to discuss things. Each town have their own guards who work under the greater umbrella of Thornden as a continent. They are known as 'The Thorned' and swear fealty to the greater barony of the continent. The divine magics of Thornden have been utilised and gifted to the higher ranked and trained Thorned where they have become Kingsglaives of Thornden and staunch defenders of it.   In terms of Trade Thornden's former ritual lands have become important port links to the rest of the world and offer trade as well as a powerful naval presence especially from the Hunters Order.   Though, of course, much of Thornden's trade and deals come from their Harbinger's Academy.

Thornden wishes to progress further in their deals, trades and technology with the rest of Namarie. This has often led to Thornden being rolled over in Politics and trade as well as a refusal to truly grasp the more brutal and in-depth political feuds and wars though they are lucky to be allowed to grow in a time of peace.   Their other agenda is the training of their Harbingers, soldiers that act as monster hunters and paladins to protect their homes from monsters, creatures of darkness and brutal cults that grow and fester across Namarie. Though these people are seen as distrustful, strange and aloof characters they are valued and in Thornden true Harbingers are treated with the same respect and reliance as the Kingsglaives.

Thornden are not a particularly wealthy continent in terms of their monetary worth, though they make great strides in it. Thornden are wealthy in their resources from the Mineral Isles as well as their peoples toughness and divine bearings. They are also skilled archers and a naval force due to the 'leftover' link they possess with Kord and continuing to hold his favour, especially with Aliana, his champion, still in the prime of her life.   Thornden's other great export are its warforged, sentient constructs that have gained measures of sentience and were given this conscious soul through a mixture of Redacted, a famous warforged gunslinger and feared bounty hunter and Tolith Orikian, the high Archmage of Thornden and a feared wizard who gifted sentience to the warforged... though he remains deeply shrouded in mystery.

Yall know the history of Thornden by now.

The military is split into two groups:   THE THORN KNIGHTS: These are what make up the militia of Thornden, they guard towns in the area and remain fairly isolated from each town, losing their authority in a town that isn't theirs. During times of war and disasters The Thorn Knights band together into a more militaristic force where they are led by Kingsglaive trained generals to do their work. Though this is deemed a last resort and is treated as a taboo act that has not been used yet, this is largely due to a fear of a roving military organisation similar to The Light being formed again.   THE KINGSGLAIVES: The Kingsglaives are the chosen knights, the elites of Thornden and they are employed in the capital to defend the centre and the Mayors as chosen bodyguards. To become a Kingsglaive, high achieving or high potential Thorn Knights are chosen and taken to High Gate where they receive intense training in military strategy and basic magic before they go through the final initiation of which none speak.

Thornden and it's section of Northern Namarie all follow a traditional dnd pantheon with the gods now even and not dominating one another. These gods extend beyond Thornden now that the tethering has been undone.   However, the North's religious beliefs largely contradict those more southern based beliefs such as Peridot and the surrounding countries with their beliefs in the god-magi... though there has been a period of peace for a short time between the two there is always an uncomfortable tension... especially when moves are made by clerics and paladins of either side to establish faith in the wrong continent.

CASTLANDS: The Castlands take a deep scholarly interest in Thornden and also recognise Thornden's connection to the divine and so recognise their abilities as divine casters, clerics and paladins and seek to utilise them in the constant study and tapping into of the arcane within these lands. They also recognise Thornden's enchanters and their bodyguards capabilities as useful and so they have become popular in these lands where there is so often dangers and mysteries.   PERIDOT: Peridot view Thornden with distrust, they do not lack the continents history with gods and believe they have brought complexity to their own pantheon in the country. Peridot carry a firm belief of innovation and moving forward and so they seek to ally themselves with Thornden for resources and also to 'allow Thornden to catch up' they are deeply mistrustful of the people of Thornden due to their innate connection to divinity and so any from Thornden have struggled to truly succeed in Peridot despite their skill as enchanters and warriors.   GRIM HALLOW: Thornden, like the rest of Namarie, uses Grim Hallow as an island prison. A land of all-encompassing darkness. Many adventurer's have left Thornden to join expeditions to cleanse the land hoping to redeem a world in the same way they were redeemed, this has reached such a point of Foolhardiness that Thornden's leaders have made it illegal for a Thorn Knight or Kingsglaive to visit Grim Hallow no matter the circumstance.

Thornden utilise a more naval force due to them having to buy and be taught to use runic energy to build skyships with the reluctant Peridot. This has led to them building a fearsome naval force though its primary intention is for trade all Thornden ships are identifiable by the amount of protection they have including cannons, ballista and 'Sky Fire' for dealing with sky borne threats and specifically wooden flying magical ones.   Thornden utilise a caravan system when their ships dock for trips deeper into countries and so often employ adventurers and bodyguards to help with their shipments and travel.

The College of Knowing, or the Obsidian Tower as it has become known, is the centre for education in Thornden and, though there are small schools and academies, it is still representative of the gap in classes in Thornden... it goes without saying what races still stand in their class brackets though there are exceptions. The former temples of the ritual lands that stillstand have been reformed to focus on clerical studies... as well as the temple of tyr. 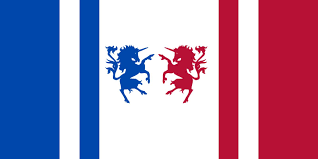 Type
Geopolitical, Country
Capital
High Gate
Alternative Names
'The Chained Lands'
Demonym
Thorned due to their heritage and dangerous nature
Leader
The Triumvirate Chair
Head of State
The Triumvirate Chair
Government System
Democracy, Representative
Power Structure
Feudal state
Economic System
Mixed economy
Currency
Gold silver and copper pieces
Major Exports
Thornden's exports are their materials from the mineral isles as well as their divine magic, though many in Thornden become travellers, tradesmen and adventurers as well as joining the Harbinger's or other groups throughout Namarie.
Major Imports
Runic energy are Thornden's main imports along with knowledge and tech mainly, they use their runic shards well but, by playing so much catch up they continue to keep progressing and that is the focus of their imports.
Legislative Body
The Mayors each have a lawmaker who work similar to a right hand man and are typically a person they trust. These lawmakers work with the Mayor of their respective town and then bring their requests to 'The Gathering' when all the mayors once per month gather in High Gate and got through politics, laws and legislation.
Judicial Body
Town Guards, the mayors themselves in the town or, in a crime that requires a gathering, the mayors will come to a public decision together.
Subsidiary Organizations
Related Traditions
Neighboring Nations
Notable Members