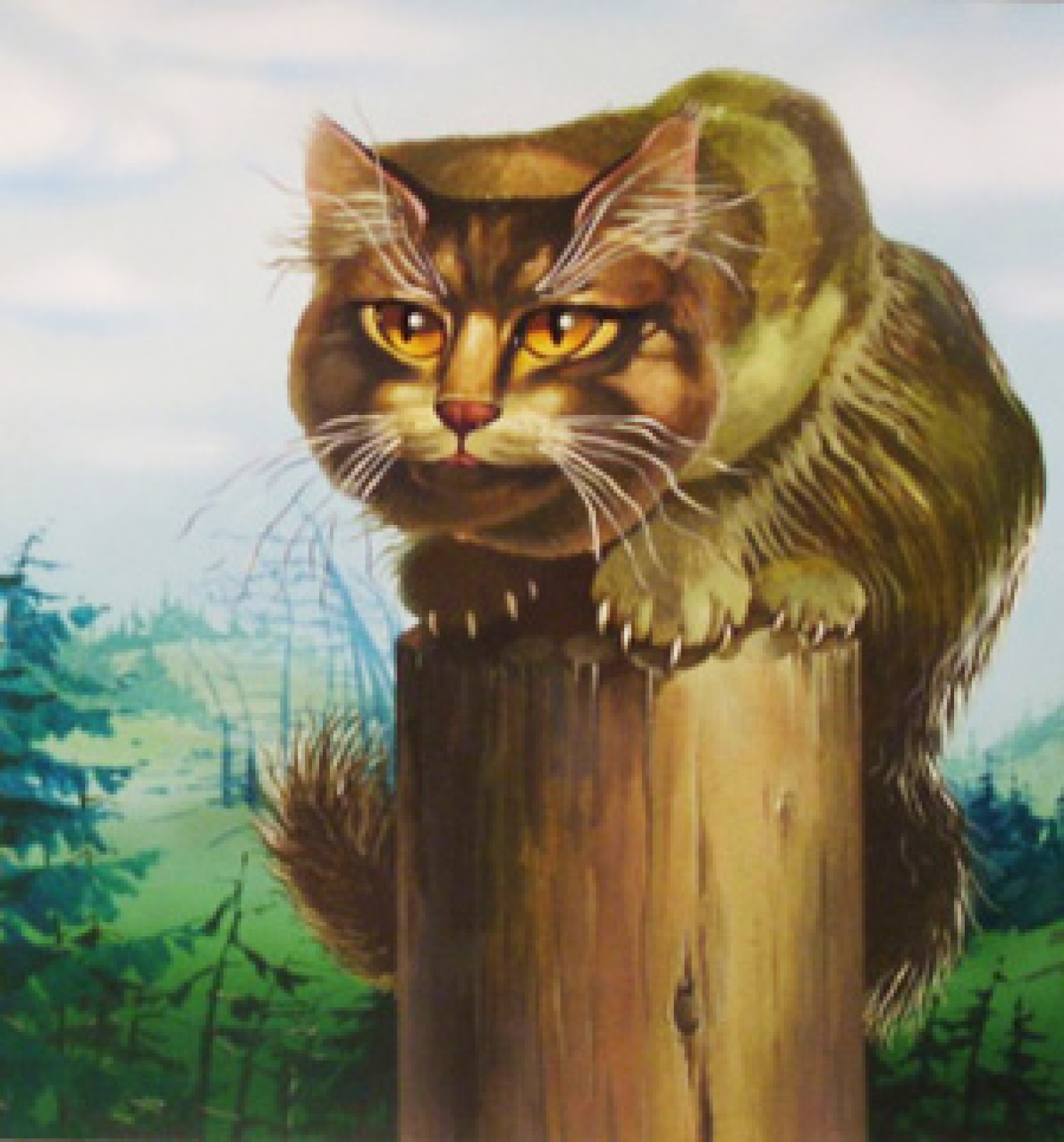 Chapter 54 - Beaten Into the Ground

The Yokels prepare for a second attempt to subdue Kot Bayun. Vasilisa lays out their options - starving it out, getting it to walk into a trap, or luring it into the North (with Sasha's help). But the consensus is that the cat is clever and has foresight - subduing it may be the only option. Vasilisa then proceeds to enchant a dagger that can pierce the creature's preternaturally tough hide, and summons an owl to replace the elk, who was so unceremoniously crushed by the afflicted Biggy. Chonkorchuk, for his part, peers into the The Otherworld to determine the relationship between Bayun and the gods. As he tells his companions, he beholds a dark forest, where a cacophony of whispering and screeching voices swirl about the cat, cajoling or enticing him to share news with them. The cat, it seems, is in high demand with a variety of beings who have made the North their playground.    Before leaving, Plamen performs a ritual to make the poor soil of the region more fecund. It is now late in the year, and the meagre harvest has been gathered. But if the Yokels do not return, and the trade in pelts is not established, perhaps the locals will be able to survive another year by cultivation alone.   A day later, they all leave in the direction of the Brus'nia. The wind has changed direction yet again, and to all appearances, the forest fire seems to have moved east, and no longer threatens Sobolevo or Bobchinskoye. At the riverbank, Plamen once again obliges his companions and turns into a giant reptile, ferrying all but the giant Biggy across to the opposite bank. Discovered along the way is a carcass of a giant crayfish. Its tough shell shimmers in the light, and to Chonkorchuk's eye, seems to have some residual magical power. Biggy breaks the shell open and takes a large piece as a shield, hoping someone with crafting ability can later turn it into armor.    After making their way down the path through the thorny thicket, they see the clearing up ahead. Taking all possible precautions, they stuff wax in their ears, and Sasha turns Biggy invisible to prevent him from falling under the cat's control early on, and from drawing his attention, so as to be able to do the most harm to him. The cat, still atop his pole, starts out with a taunt - the party has clearly returned because the companions wish to have their hearts torn out - but he follows that up with his signature lullaby, which unfortunately succeeds only in affecting Vasilisa's owl, which is soon reawakened. Chonkorchuk unleashes deathly magic on the very top of the pole, which gets the cat to jump down. Though it takes a swipe at Plamen, who it now regards as the most dangerous opponent, it's been forced out of its element. The attempt to dominate Plamen and Chonkorchuk with its stare also fails, and soon, the cat is caught inside Biggy's net. It's able to transform into a small cat and escape, but Biggy keeps trying to trap it again, which distracts it, as the cat cannot clearly see him. Vasilisa's owl rends at it, effectively, while Plamen proceeds to summon his own armies of giant owls. The cat fights back as best it can, focusing much of its energy on undoing Plamen's spells. The conjured beasts keep disappearing, and not even falling from a height does much to hurt the cat. But Chonkorchuk's blasting, Plamen's conjured fire, the talons, the trampling of giant horse hooves all wear Bayun down, even though Biggy's crushing oslop does not seem to harm it. Eventually, the cat starts to wear out, and appeals to Yokels to spare him, saying it will serve them in faith and truth. To be on the safe side, they render it unconscious, but despite calls to spare by Chonkorchuk and Sasha, who want to learn its secrets, Vasilisa takes the opportunity to slice its throat, avenging her slain husband at long last. "Now, we will beat YOU into the ground" adds Biggy, repeating what the cat said to them at their first meeting.    Trying to ascertain what sort of contact the creature had with the Otherworld, Vasilisa sends her owl to inspect the top of the pole. But as it alights, it disappears - into the Otherwold, Chonkorchuk yells, where the myriad voices all harangued the cat. But the portal suddenly closes, and the pole stops radiating magical energy. Perhaps it is a sign: the last beasts which she thought carried her Cheslav's restless spirit has been summoned back to the other side. That chapter of her life, perhaps, has come to an end.