One of the Elves, Taeyran is pale and ethereal to behold but deadly and stern in his manner. He finds it hard to understand the brief human creatures around him and feels he has good reason not to do so.      He is the brother of Aelsynda and like all of his kind he loved his sister dearly for her courage and nobility.   When she returned from her journeys of exploration, Taeyran was always the first to greet her and to sit by her as she recited the poetry that gave names to the lands and creatures she had discovered.   He stood up for her when others begged her to remain among her own kind.   For this reason he blames himself with bitterness for what befell her.   When Aelsynda took Erikol, Wolf of the North as her beloved and chose to strive alongside him against the Trolls, Taeyran begged her not to be so foolish, warning her that mortal men carry their mortality about them like a plague and spread it to those they encounter.  He feared for his sister's life and was right to do so, for she fell victim to the curse of a Troll Witch and was slain.   Taeyran has never forgiven Erikol, Wolf of the North for the demise of his sister, and the death of that warrior has not abated Taeyran's dislike of him - for what is grief if it can subside after a mere few centuries? 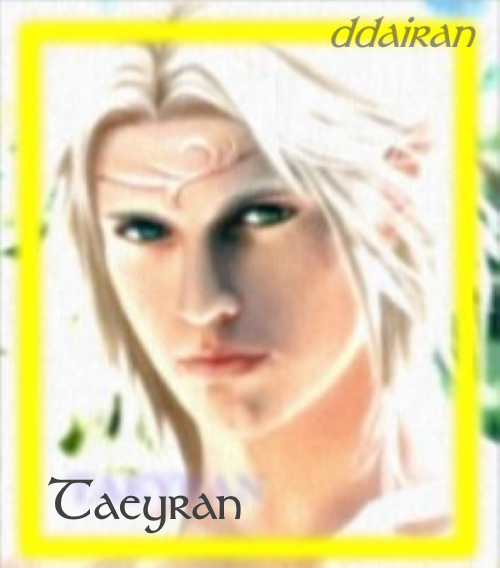