An island off the south-west tip of Greendale .    It is lightly wooded and with highlands to the centre and east, with sternly formed cliffs overlooking the eastern waters.   Known to be a windy location, Meddlain is reputed to breed hardy and dauntless folk.   One such was Marethil, a lady of House Greendale who led the defence of the island against Trolls during the Troll Rise 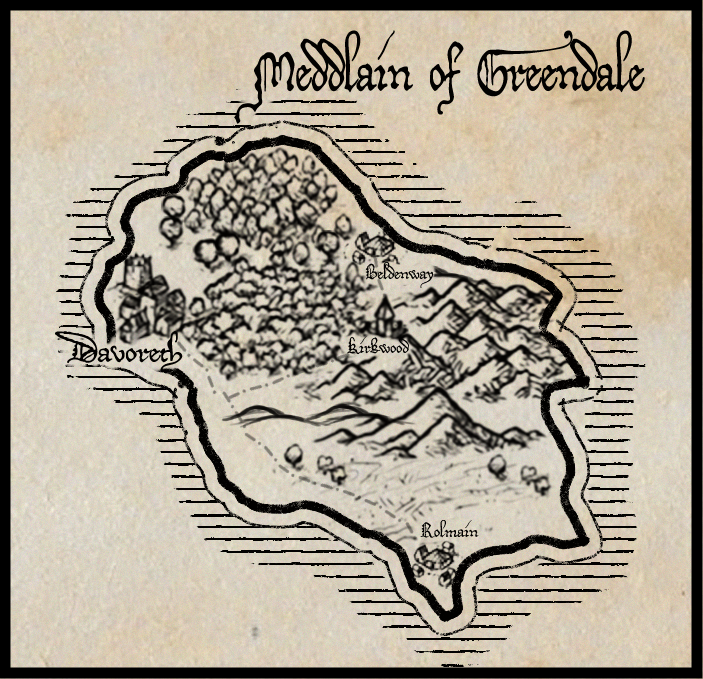