The capital of Greendale is Woodsend, a great walled city on the eastern border of the land. It stands atop an escarpment, the steep side of which faces east - and all roads skirt around to enter from the west.   Within the walls, however, the city is no citadel - it gives the impression of a community of villages with lots of open spaces and greenery. To the west of the city are rich farmlands and a network of small towns supporting the agricultural communities. 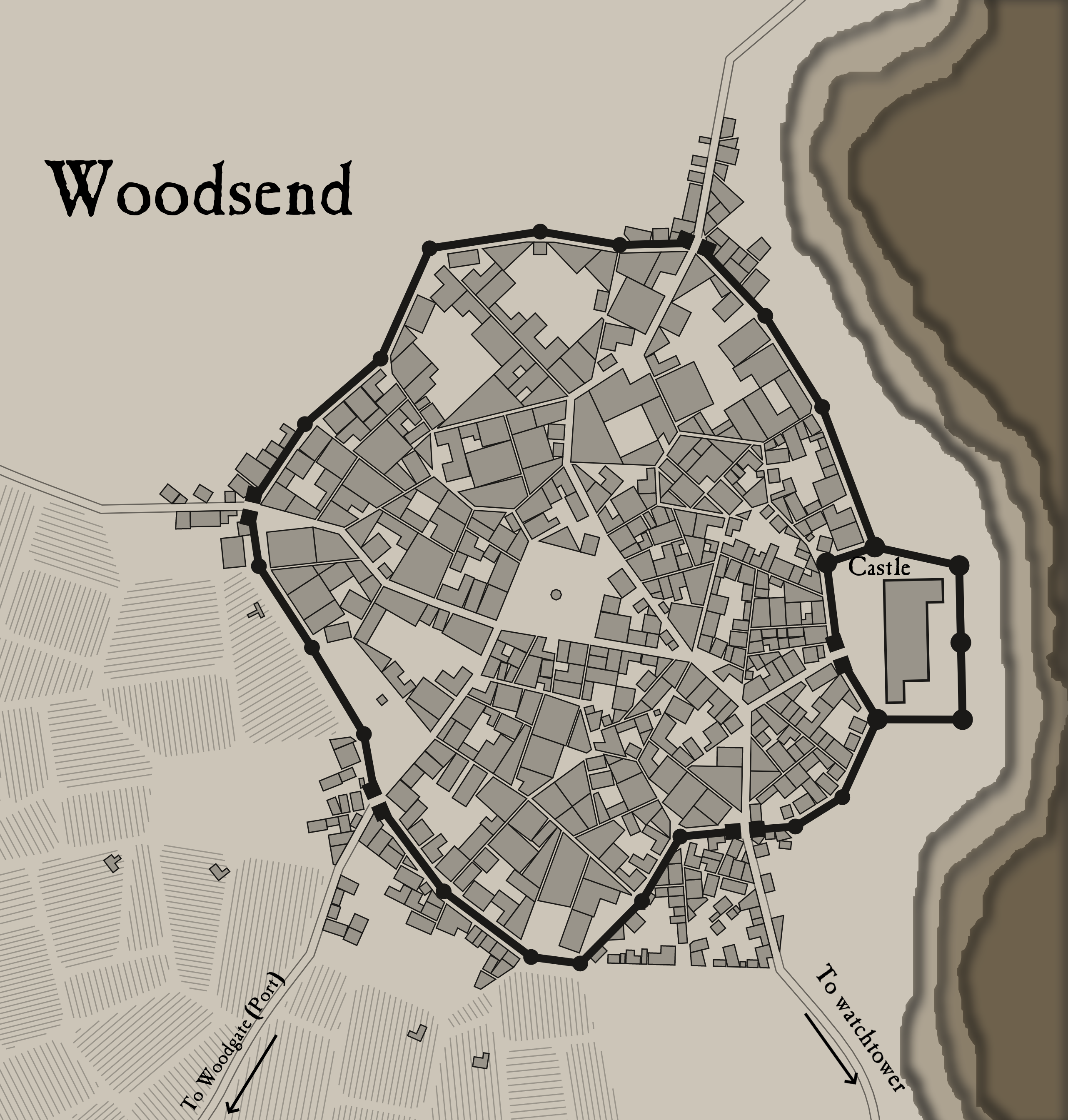 From the east - an imposing citadel with a steep slope protecting the approach.   From the west - stern walls and great gates in the western wall.   Inside the gates - Immediately inside are built up areas and markets, storehouses, taverns etc.   Further inside - Open spaces and parks, small city-villages and people getting on well.   Forces - The town guard wear green cloaks and leather with the green crescent banner upon it. The town soldiers all carry shortbows and straight swords.   To the South - a well made road leads to a small town called Woodgate that was once an independent settlement. Now it is the main port of Woodsend built on a natural harbour.   Feel - This is a good place.
Location under
Greendale
Owner/Ruler
Countess Marae
Owning Organization
House Greendale
Characters in Location