Age: 27 Background: "Let's say her parents are both servants at Greyrise, long known and trusted with important tasks. I like the idea that both would be very dear to the Greyrise family and so their daughter was raised not quite as strict as usual. She could just be a little bolder in her speech and behaviour compared to other servants. Since Áedán has grown up with Thea always being seven years older than her she would also not have discouraged Thea from that behaviour. I like the thought that Thea would be forgiven statements, which others would not dare to think." (And a comment on the side: We were quite amused by the idea of Inyë's horror-struck expression at such statements, accompanied by thoughts of "But you can't say that sort of thing!") 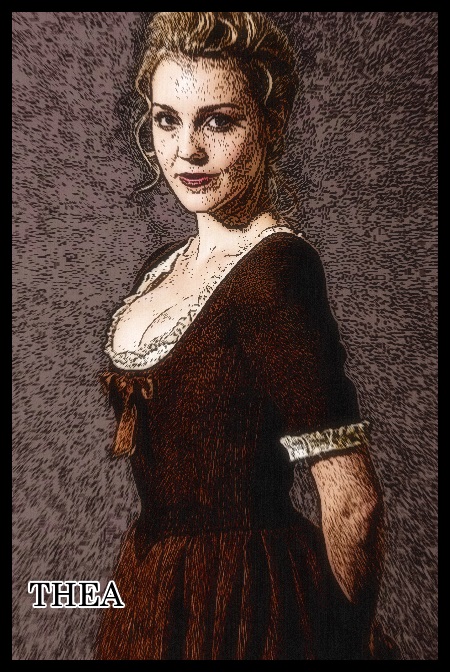