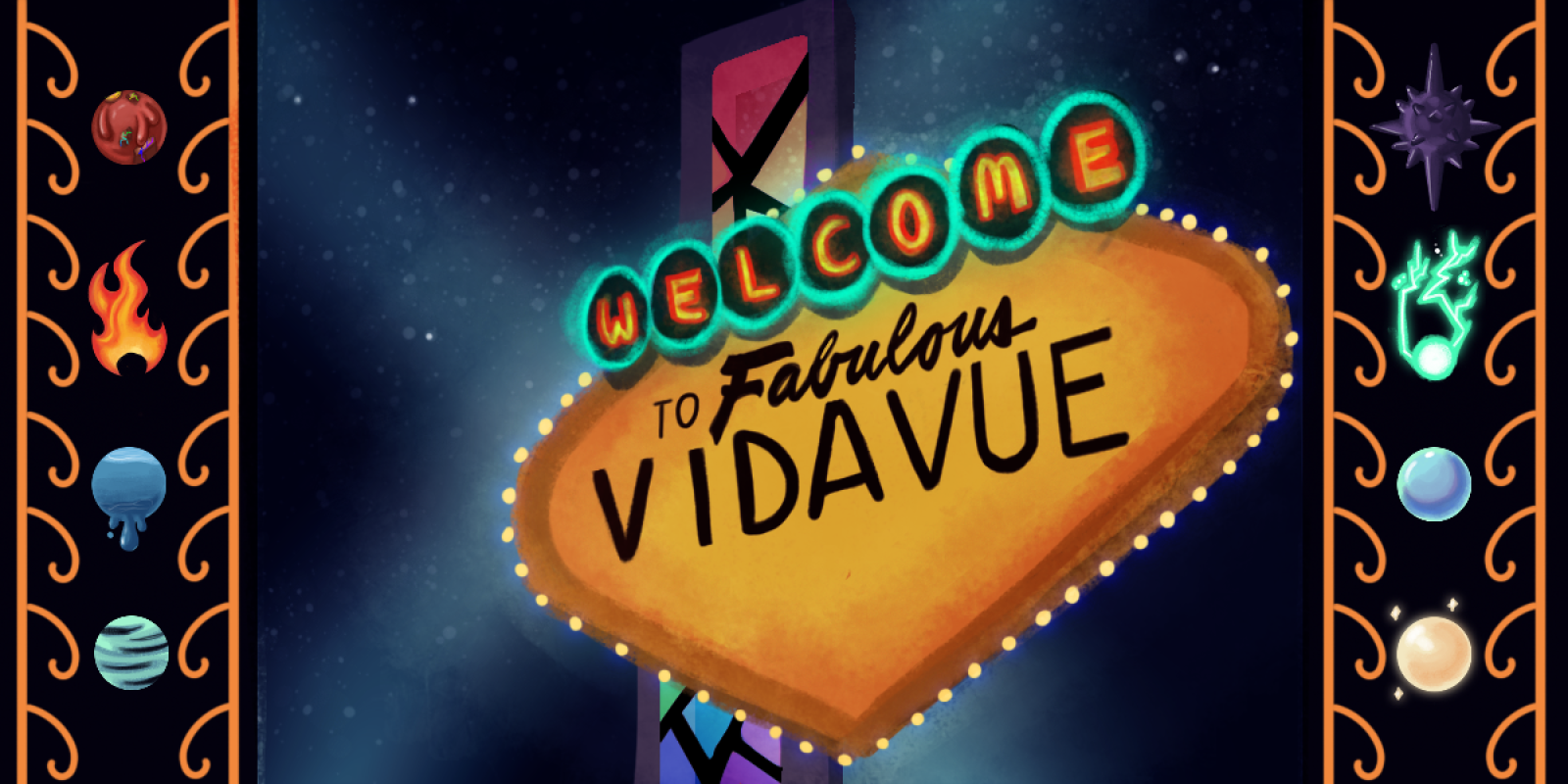 Vidavue is a moderately sized city within the territory Alkast, deep within its expansive deserts. It is considered a city one goes to if you wish to experience the dazzling sights of magic and science brought together for a single purpose: decadence. It is a tourist hot spot, with it's only competition being the many magical tutors that live deeper in Alkast's deserts.

The main draw to Vidavue is its slots, luxury hotels, and flashy entertainment. There are a variety of building styles, some would claim it's garish--others state that it gives it sophistication.

"The lights, the sounds...! Everything is amazing, I feel a rush while I'm here! I've seen at least..." The elf combed their hands through their hair. "I've seen at least....five shows while I'm here! Magic, dances....Not to mention the bars, and the slots...! I know I'm going to hit it big soon!" An excited patron nursing a drink while sitting at the Mermaid's Tail Lounge

While some of Vidavue has a natural draw to its flashy lights and exciting events, there are some establishments that are far more seedy. Some whisper that some of the more....unscrupulous businesses have 'addiction' runes hidden around their buildings to draw more people in.

The citizens of Vidavue rely heavily on the tourism industry for their economic stability. Many of its inhabitants work in the service industry, whether that is by working at bars, casinos or hotels. Others preform in nightly shows that take place in classy establishments.

Vidavue is well known for cities buildings that reach high into the sky, with impressive architecture in a wide arrange of styles. Many of the casinos and bars are decorated with neon signage to draw in the eye, and many say that Vidavue at night is a sight to behold.   Embellishments of fountains, statues and light shows, using illusion magic to stun and awe wandering eyes.

The 'Lucky' Strip; A section of Vidavue that is jam-packed with buildings, so close together it seems like you could jump from one rooftop to another (if you were brave enough). Full of flashing lights, neon and loud sounds, it embodies the boldness one needs to strike it big in this city, aside from raking in a lucky win at the slots.

Large hotels, casinos, and other tourism hot spots are key to Vidavue's success as a city; in fact, it's mostly known for being a beacon of gambling, where you can get a rush of excitement about going home with big winnings.

Vidavue was originally founded as a small town, near a small spring. It was originally a trading town, but evolved over time due to technological and magical advancements. Vidavue became the bustling and flashy city it is today.
Type
City
Population
648,000
Included Locations
Located In
Alkast 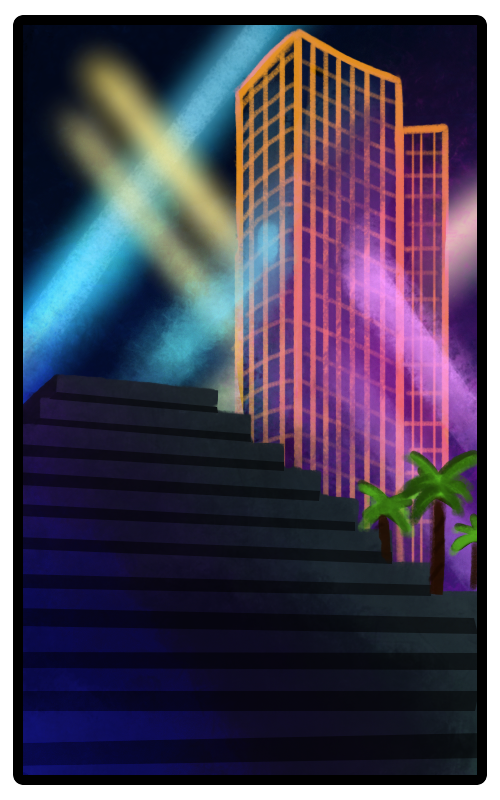 Answering: "What’s the biggest city in your world, and what’s its history?"
Visit ChaosTearKitsune's Competition Page Check all other answers to this prompt Competition Homepage

The city itself reminds of places like Cancun and Las Vegas, and I like it! Overall I think the article is very concise and to the point! I love I get to have a feel of the city without much explanation. But I would like to know more about the history of the place and the addiction runes. Maybe that could be an expansion after Summer Camp? Just a thought!

Oh I could definitely add more in the future, it seems like Addiction Runes piqued the interest of a few so I could do that! It would be fun. : D

Absolutely wonderful read of a Las Vegas expy! The idea of Addiction Runes is interesting, and I wonder where else these may be used. Whats the legality behind them? Could They be used elsewhere to keep children going back to school? To keep a spouse from cheating?

Thank you! The legality of Addiction runes is this: It's not legal. :'D at all. It would be considered incredibly unlawful for schools and toward partners (especially in terms of consent). It was probably more legal in the past, but not so much anymore.