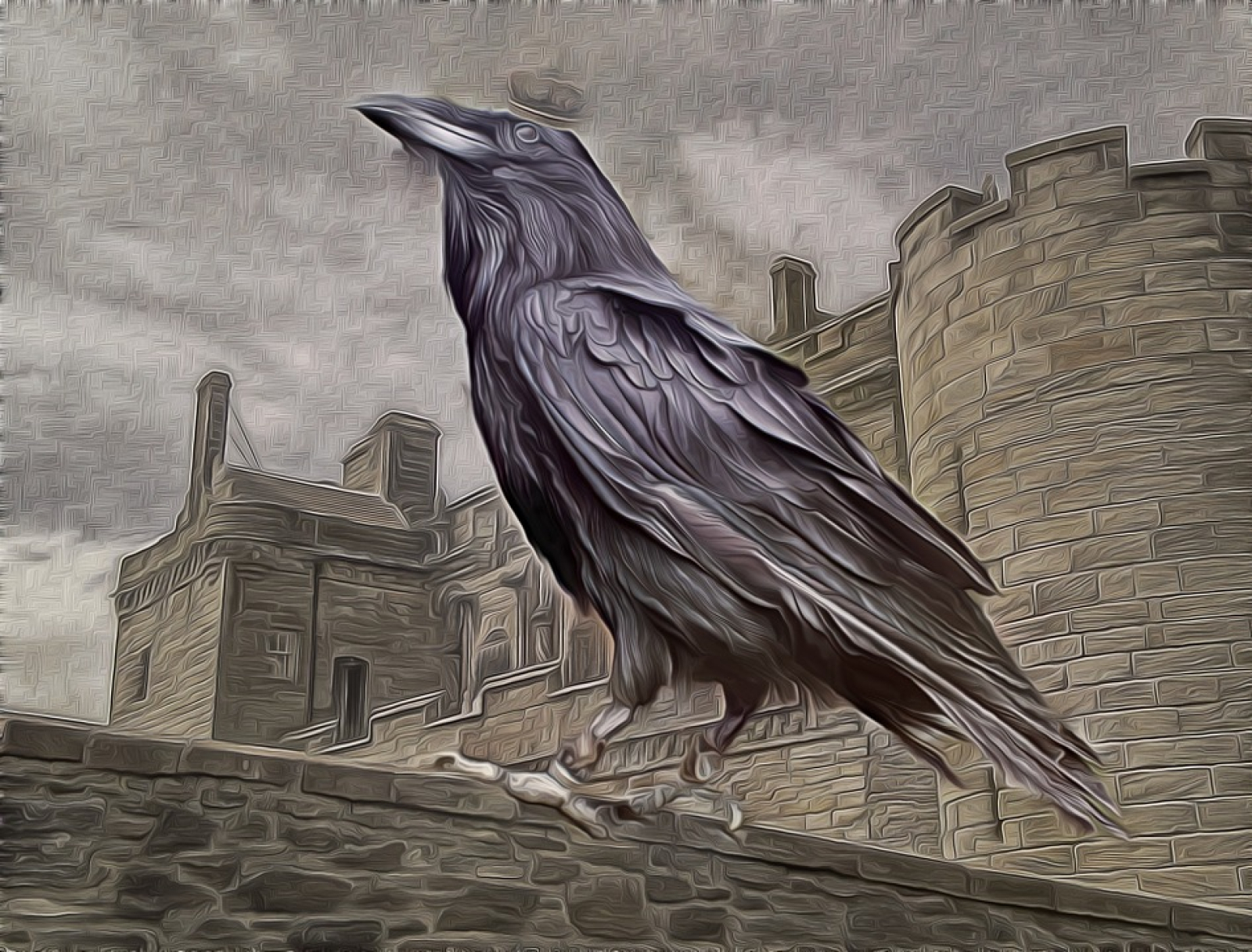 Ovate Eltane Skenek (a.k.a. The Raven King, The Wicker King, The Pestilent)

The Lashe worshiped iron
Built altars to themselves
They did not fear the raven
Razed the forest where he dwells
The raven saw their disregard
In fury declared war
A blight he brought upon them
The Lashe are no more.
- Children's Rhyme


Seventy years ago, the Lashe had a thriving city-state -- Hemat'e. In their swift expansion, they destroyed and despoilt the forest near them with mining, lumber harvest, and deleterious waste disposal. Eltane, shaman to a small tribe of Grakeths that lived in the trees, tried several times to peacefully protest the mistreatment, but his pleas garnered only empty promises to reign in the damage. When his village was poisoned by a seeping discharge from a landfill for arcane waste material, Eltane's wrath ate any compassion he might have possessed before. He descended on Hemat'e with an army of wicker men and ravens, burning and spreading disease. The city fell, and nothing remains of the Lashe except a rusting ruin.

Ovate Eltane grew up in the forest near Hemat'e. Life was serene for the most part, no more troubles than the average person, until the Lashe brought cacophony and contamination. While the Lashe were not malicious, their bureaucratic tendencies and fixation on expansion resulted in the callous abuse of the forest. As a representative of his tribe, Eltane traveled to the city and pleaded with officials, tirelessly running down every piece of paper or contact he was told he would need for his petitions. The system failed him. Before he could get official protection, a Lashen Maker dumped a magical sludge -- a by-product of arcane metalworking -- into a lake from which it seeped into the groundwater. Most of the graketh in Eltane's community, in addition to much of the local flora and fauna, succumbed to arcane poison. Eltane returned from his most recent attempts at navigating Lashe officials to find devastation.   He disappeared for months. When he resurfaced, he brought with him giant burning wickermen and an army of ravens, bats, spiders, and rats. They descended on Hemat'e destroying everything. The wickermen picked up anyone they could, even small children, and tossed them into the blaze within their woven chests. Ravens pecked out eyes and seemed to spread contagion wherever they flew.   Eltane himself carried the Amber Sword. No one knows where it came from. Theories range from bargains with dark powers to teaching himself to forge corpse amber. He flew as a shrieking flock from building to building, took his native form, and slashed anyone who crossed his path -- though without intent to kill. He let the dreadful magic of the sword take care of that. Each person struck by the amber blade fell to the ground in agonizing pain, coughing up thick yellow sap, weeping it from their eyes. After several minutes, those afflicted stopped screaming and writhing only to rise and begin savagely attacking their former neighbors or allies. People turned on their own families and friends, spreading this new disease and adding to the massacre.   The attack lasted days. At the end, with the city in flames and the last few citizens dying from terrible diseases, Eltane disappeared, leaving his wickermen to wander the countryside until they were taken down by neighboring cities.   Every resident of the city died, and Hemat'e is still considered a cursed place. 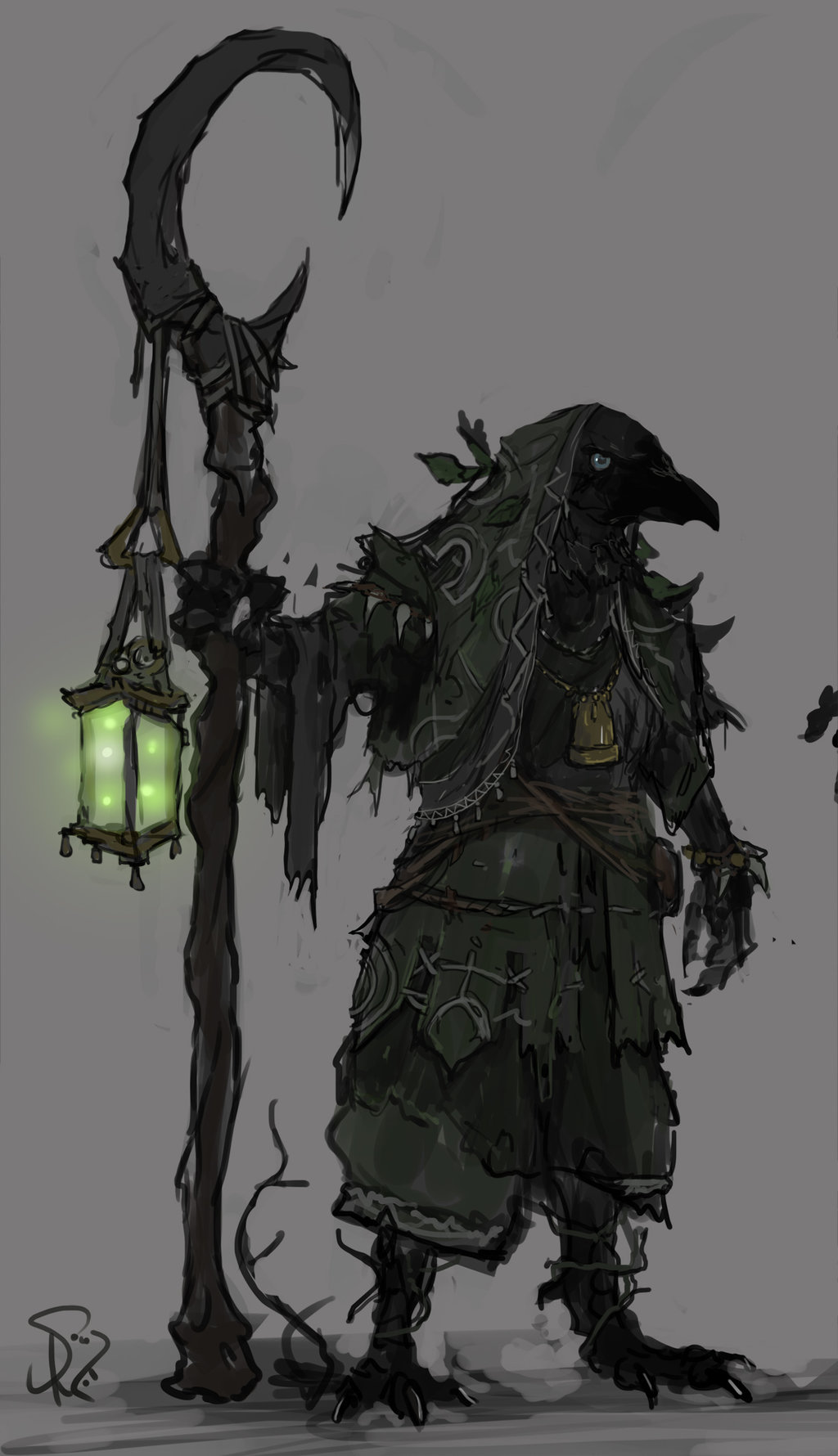 Answering: "Write about a villain in your world who changed history."
Visit kitsuki's Competition Page Check all other answers to this prompt Competition Homepage

Congratulations! And those are some awesome pictures!   What's Eltane up to now?

Thanks! I was flabbergasted to be featured. o.o   I based Eltane on the Cancer Mage in the Book of Vile Darkness. So, though no one in the game world knows this, Eltane turned himself and his gear into a disease and has been host hopping since the fall of Hemat'e.

Nasty, but he did ask them politely to knock it off.