Temple of the Moon

Mother Goddess, creator of all that's good, I beg you to hear my prayer. Sustain me with your spirit so I might soothe my inner turmoil. I ask this of you with true devotion, o bringer of light. Honor me with your glorious love.
— Prayer offered to the statue of Lyvona

The Temple of the Moon is located on the island nation of Kimiri. The temple itself was built on a small island found within the lake filled caldera on Kimiri. When monsoon and hurricane season hits, the temple is used to provide shelter for the citizens made all the easier when the tunnels that spread through the body of the dead volcano and lead directly to the temple. 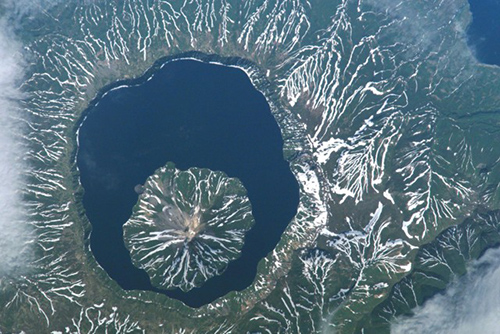 The purpose of the building is to teach the words of Lyvona to all who will listen. As well as, teach certain arts to the citizens of Kimiri. The building is also the headquarters for the assassin branch of the Temple of the Moon.

When the temple was first built, there was only one underground level. Over the centuries, the other two floors were added as the population of Kimiri expanded. Construction of the tunnel started as Remia Academy of the Arcane was being built as the worshipers of Lyvona began to fear the rune casters might turn violent against those who resisted the use of runes.

The temple is a large rotunda with a flat ceiling supported by eight columns that flank eight arched doors. Each door is made from a reddish brown wood that has a phase of the moon carved into it and inlaid with a lighter colored wood. The walls, pillars, floor, and ceiling are made from white marble with embellishments made from obsidian and gold. inside the building, directly in the center is a statue of Lyvona underneath a circular opening that allows sun and moonlight to shine into the temple. On the floor, surrounding her statue are the eight phases of the moon that represent her. Behind her, are two sets of curved stairs that either go up to the floor above or down to the floor below. These stairs have a rich red carpet covering them though they are also made out of white marble and the banister is made from polished obsidian.   The floor above is comprised of a balcony that overlooks and encircles the first floor. There are a few alcoves on this floor that allow for reading or a space to paint but its mostly wall covered in paintings and tapestries.   The floor below leads to a large space lit by torches that contains several rooms. Within each of these rooms, the temple workers provide education for the children of Kimiri.   Another staircase leads to the second underground level where those interested in medicine learn how to craft potions and poultices for all kinds of needs. Also, on this level, those who want to become temple workers are instructed on how to perform their duties as well as learn how to teach others.   The third underground level is where those who will be trained as hunters of man and beast are trained. Those who are trained on this floor become adept at tracking, stealth, poison making, using the bow, swordsmanship and of course fighting and killing.   The fourth and final underground level is not actually a floor at all, instead, it is the entryway to the tunnels that run throughout the dead volcano the temple is built on top of. These tunnels are carved entirely of obsidian and volcanic rock and run from the temple to the various villages, towns and cities on Kimiri.

The temple was built over two millennia before the current timeline when the people of Kimiri were finally able to gather enough material and supplies to build a temple worthy of their beloved moon goddess Lyvona.
Type
Temple / Religious complex
Parent Location
Kimiri
Owning Organization
Temple of the Moon

Answering: "Describe the most impressive landmark in your world."
Visit yukimoda's Competition Page Check all other answers to this prompt Competition Homepage

That's a lot of renovations in this temple.

If this temple started with 1 basement, then that really is a lot of renovations. I like the prayer at the beginning, sounds really good!

Nice prayer in the beginning!. I am curious why it took so long to gather the materials to build the temple ?. Did the Goddess not accept anything less than the best when they had to construct her temple?

More like her followers wouldn't use anything less than the best and Kimiri isn't the wealthiest nation around.