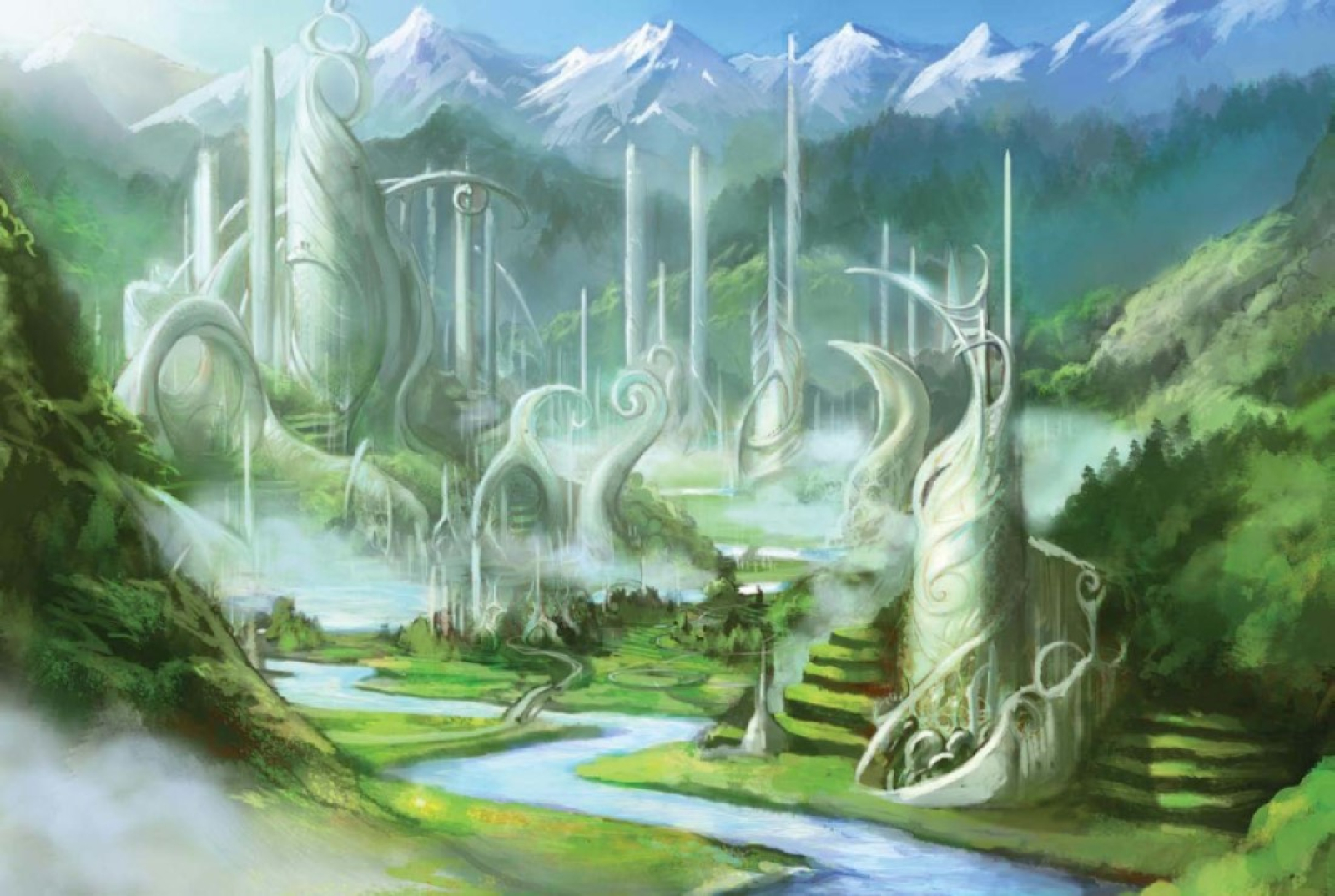 The illusion-shrouded city of Iadara (pronounced eye-uh-DAR-ah) is the beautiful capital of the elven kingdom of Kyonin.   Layers of illusion and mists hide the elven capital from unwelcome onlookers. For the invited, however, a splendor as awe-inspiring as any sight on Golarion reveals itself. No spot in this city of spires lies untouched by magic and brilliant craft. Trees intertwine with buildings in artful joinings. Patterns within patterns adorn every surface, down to the bark on saplings. Towers of silver and crystal thrust high above the treetops, and elven crafters are always decorating or enchanting some new aspect of the city. Indestructible roads and soft earthen paths open into large, circular courtyards, and elven laughter mingles with birdsong to provide a constant backdrop of nature and joy. Non-elf visitors are the object of stares but are rarely made to feel unwelcome—provided they stay in their designated areas and have officially sanctioned reasons for being there.

Few have ever seen the fabled Sovyrian Stone, but all who live in Kyonin know of its existence. Hidden somewhere deep within the capital of Iadara, the Sovyrian Stone is an enormous crystal to which the elves bound a mysterious portal arch—the original of which all elf gates are pale imitations—to their realm of Sovyrian. Seeking to refocus the crystal toward the Abyss and bridge the gap between the planes, Treerazer attempted to wrest control of the Stone in 2632 AR, and it was this struggle which brought the elves streaming back to Golarion to retake their ancestral lands and protect the fragile link between this world and Sovyrian.
Type
Capital
Location under
Kyonin
Included Locations
Owner/Ruler
Queen Telandia
Characters in Location
Related Reports (Primary)
Related Reports (Secondary)