Necropolis of The Unfallen - Keldavor

The crew of adventures clung nervously to the sides of the tiny lift they stood. Its cables creaked with effort as it slowly descended towards the ground below. The view beyond obscured with rock and dust. Thankfully, the wooden box that held them hit the ground with a satisfying thud, they swung the door open and stepped off swiftly, unsure as to what lay beyond.   It had been a long journey, longer than almost any they had taken before, travelling through the dirtied, desolate lands of the Unfallen. Battling creatures they couldn't have ever dreamed of and traversing lands none had crossed before. That thought stuck with them. None had crossed here before.   They realized that now, as they took their next steps forward, no, traditionally living creature had ever been before. And then there it was, opening up before them, sprawling and chaotic in its splendour. Keldavor. The Capital City of The Unfallen. As they crossed beneath the stone archway that acted as it's cities gates a towering statue of Keldrin peered down towards them. Gazing in what was meant to be comforting for those arriving, but to them, it only acted as a source of anxiety. Keldrin had been a source of turmoil for them in the past. And now they found themselves here, in his city, at his behest.   They couldn't imagine what now lay within this city of bones and reignited souls. But they had to find out, and they would have to be quick. Keldrin did mention their time here could save the world from impending doom. Suppose that means it's time for the real work to begin.
Please note that much of the information found in this document is either unconfirmed, speculation, or guesswork due to the secretive nature of The Unfallen.

Keldavor is both the name of the country and the capital in which the Unfallen reside in, though the land surrounding the capital is commonly referred to as The Unfallen Lands.   The Unfallen Lands is a desolate and dry landscape, surrounded almost entirely by a sharp mountain range that flows for hundreds of miles. Most flora and fauna do not survive there for long, and the beasts that somehow survive have become aggressive and territorial. Traversing the land is difficult as it is littered with cracked earth, impassable valleys, and imposing rock formations. Only a few man-made constructs reside here, including strange obelisks that house corpses awaiting resurrection into the Unfallen ranks.   The climate is extreme in this region, with temperatures during the day reaching almost unbearable heat, and the night times becoming frigid beyond belief. Rain is also a rare occurrence in this arid desert, only a few drops of rain fall here each season. Sudden dust storms can arise in an instant and chipping away the landscape and destroying any living creature that failed to find cover.

The Capital City of Keldavor

In the centre of The Unfallen Lands is a thick roiling cloud of red mist and thunder, a turbulent crimson storm that masks the landscape for miles. Within this cloud resides the capital city of the Unfallen people, Keldavor.   The capital is located at the bottom a deep and ancient chasm, only the Unfallen people may enter if they are able to reach it. Down a creaking lift lies a necropolis of thousands of tightly stacked buildings and homes.   At its city centre lies a cathedral imposing and omnipresent, awaiting its followers to enter through its doors to pray to their patriarch. Past its doors are Ghosts, the devout clergyman of Keldrin's faith, striving to uphold his holy edits and safeguard the city and the citizens within it by any means necessary.   Surrounding the city, hidden in the stone of the chasm lies a vast network of underground caves, tunnels, and catacombs. More Unfallen reside here, working and toiling, searching for any precious resource under the dirt they can.


The Church of Vortaech - The First Unfallen 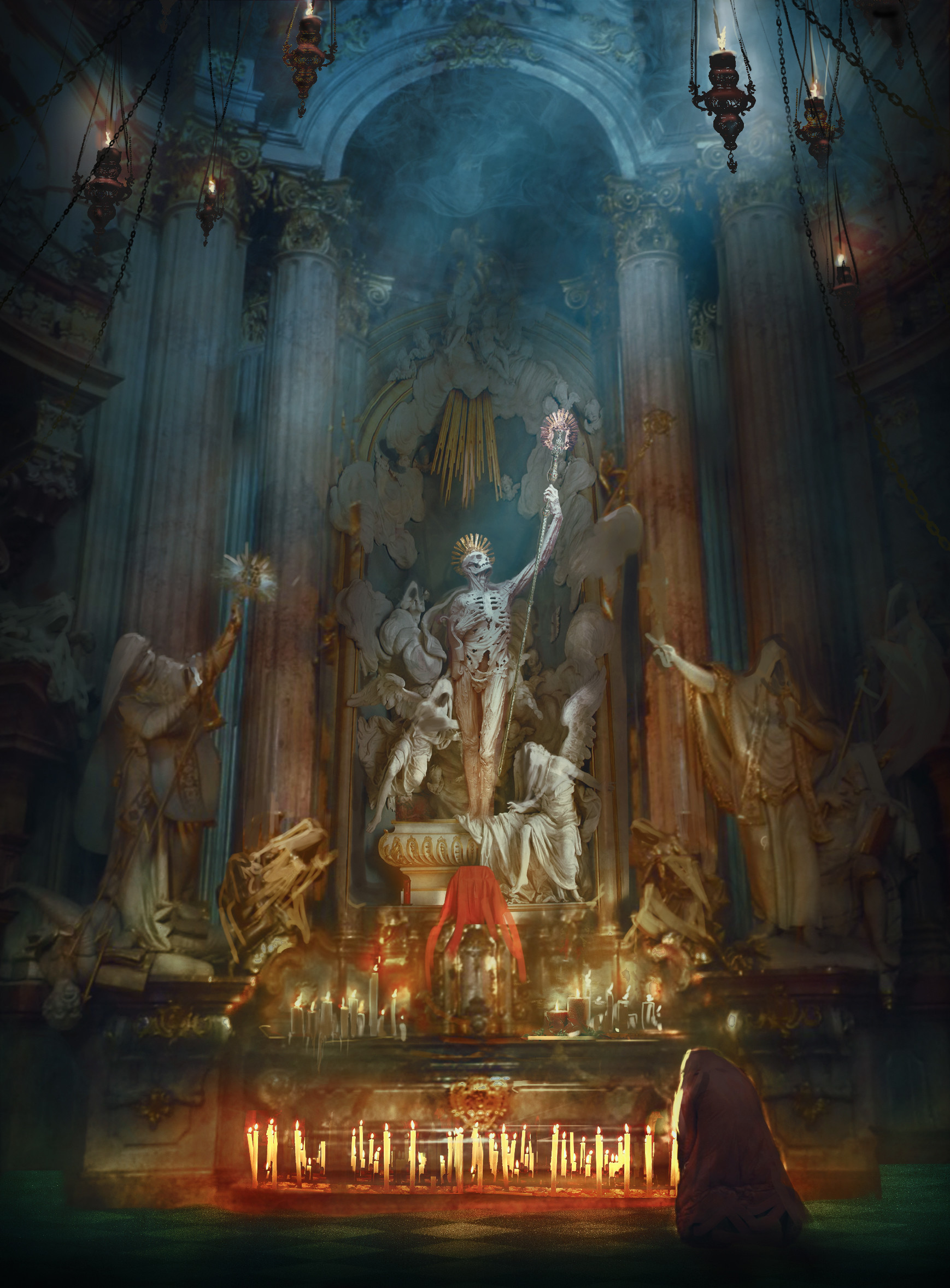 The relics of St. Cani by Edouard Noisette


The Church of Vortaech lies in the centre of the capital, it is a towering, omnipresent structure carved from dark stone. Though it is called a church it is much more like a cathedral, both in stature and in governance. The structure is an artistic Gothic marvel, covered in numerous spires, carvings, and statues. Above the church's main entrance is an intricate stone depiction of Vortaech, The First Unfallen, clad in striking armour on his knees praying to Keldrin above, who is depicted in a dark robe with gold trim with his arms open ready to embrace his first child.   Past the entrance is a simple vestibule, with only enough space for worshippers to say a quick pray of cleansing before they enter into the main nave and sanctuary. The inside of the church is just as impressive as the outside. The ceiling towers seemingly hundreds of feet above, and the walls are adorned with golden braziers and long crimson tapestries. Stained glass windows line either side of the Nave depicting the first trials of The Unfallen on Fyria.   At the back of the sanctuary lie several statues who together are enacting a scene. The largest statue is in the middle of the scene, a large man in a torn cloak raises a battle-wearied sword to the skies above, his ribs, check, and abdomen are torn open revealing bone beneath. He wears a golden crown on his head. At his feet are two other statues, they are children and are much smaller then he is. They are dressed in simple clothes, faces posed in awe towards him. Two final statues sit on either side of the main scene, one depicts a figure in a long ornate robe, their one hand holds a gospel book and the other is raised opened palmed towards the front of the room, their face concealed. The other statue depicts a man in full armour, he holds his sword in both hands with the tip pointed towards the floor.

The population of this strange land is strictly comprised of those who have become Unfallen. However, any species or race may become Unfallen. Therefore a vast variety of peoples and cultures have come to live amongst each other. No one is given more importance than the other within the social hierarchy of the Unfallen nation, whom they were before matters little in Keldavor. The richest of kings now live with the poorest of neighbours, side by side with little to no thought.   The only class of Unfallen people who do not live amongst the general population are the priests of the Unfallen faith. The Ghosts. These devout clergymen live in the large citadel in the centre of Keldavor known as The Church of Vortaech. Though The Ghosts will often travel the streets of Keldavor offering prayers and guidance to those who wish it. As the Unfallen are incredibly devout, large crowds of citizens often form around these travelling Ghosts as they work their way through the streets and catacombs of the city.

Very little in Keldavor is governed, much of the everyday workings of the city are left as the responsibility of the citizens. Local matters are dealt with between the associated parties. If a matter escalates then the church may become involved as they are the only higher power within the city. Keldavor has little to no interactions with the outside world and laws and practices associated with importing and exporting are not needed.   The citizens within follow a strict non-violence edict passed down by the clergy that highly discourages violence and argument amongst the general population. As such, all governance of importance falls upon the church and the clergyman of The Ghosts. These individuals make all decisions based off of their prayers to Vortaech, the first Unfallen, and to their god, Keldrin. The Ghosts will deal out appropriate reprimands if the need arises.   In the rare occurrence that a citizen does break the edicts of Keldrin a member of the Ghosts clergy will take it upon themselves to deal out swift and severe punishment; often times these punishments will be dealt in a public forum as an example to others to not defile the name of Keldrin.

Circling the city is an Unfallen Elder Dragon, resurrected by Keldrin and tasked with protecting the capital and his children. Citizen's call the dragon by many names, though it's true name is only known by a select few. Volteer, The Crimson Storm. Volteer has a long snake-like body and is covered with dark red scales that are gnarled with age and knocked with countless battle scars. Though they do not have the traditional wings of a dragon Volteer still coils through the sky being held aloft by a strong magnetic charge that emits from its body at a constant rate.   From beneath Volteer's scales flows a thick stream of statically charged red mist. This mist follows the dragon wherever they go, it now hangs seemingly permanently around Keldavor, a dark crimson storm of poison and lightning that deters trespassers that wander too close to the capital's borders.   Before they were tasked with protecting the Unfallen, Volteer lived in the mountains surrounding the Unfallen's territories. They spent their days lusting over their horde and would on occasion enjoy the company and eventual slaughter of a greedy adventuring party. Now with Volteer guarding the Unfallen capital rumour has it that its former treasure lies unguarded. Sitting silent for hundreds of years, awaiting any adventurer brave enough to seek it out. 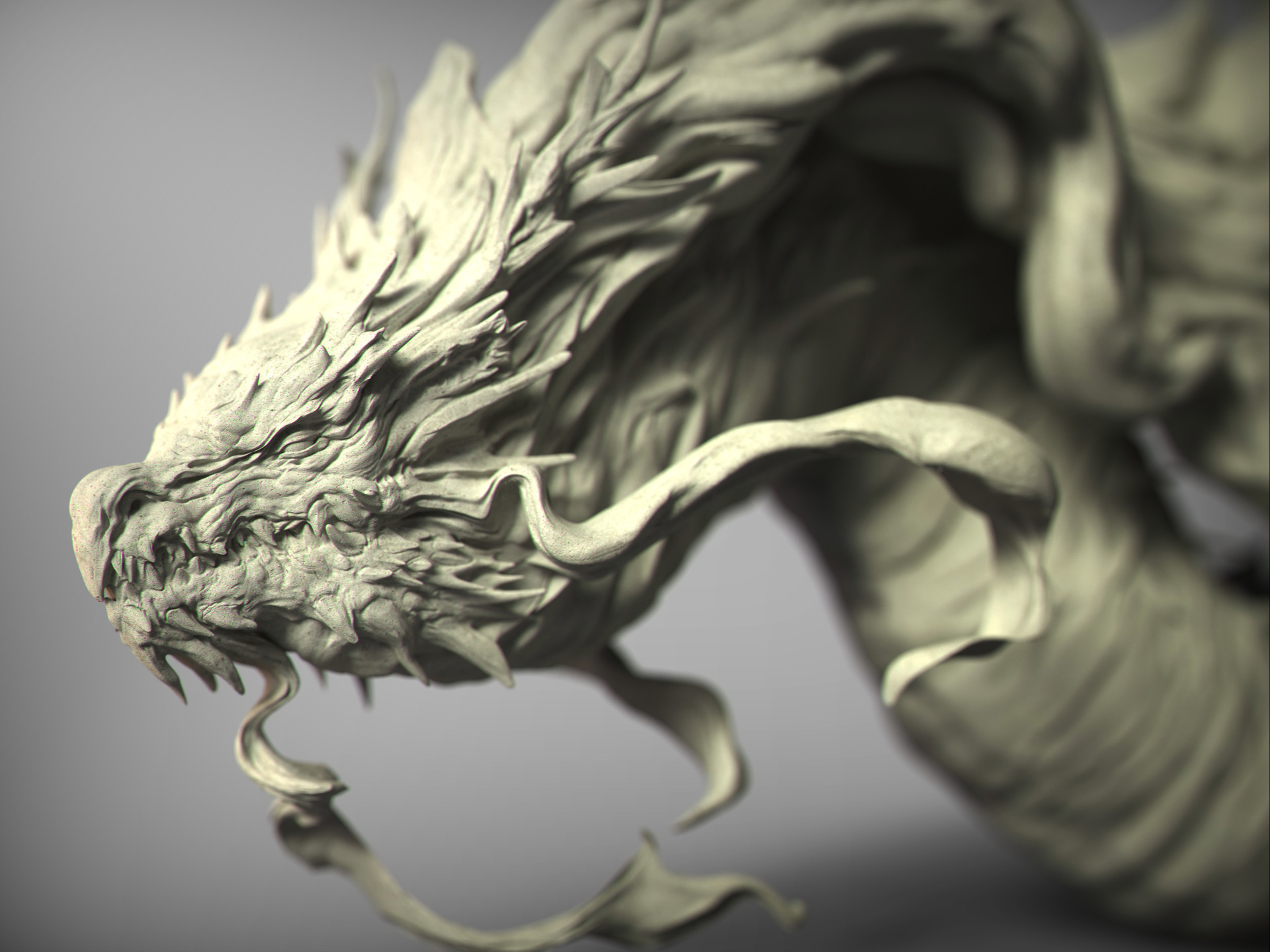 Articles that are related to Keldavor

Keldrin - Lord of the Unfallen