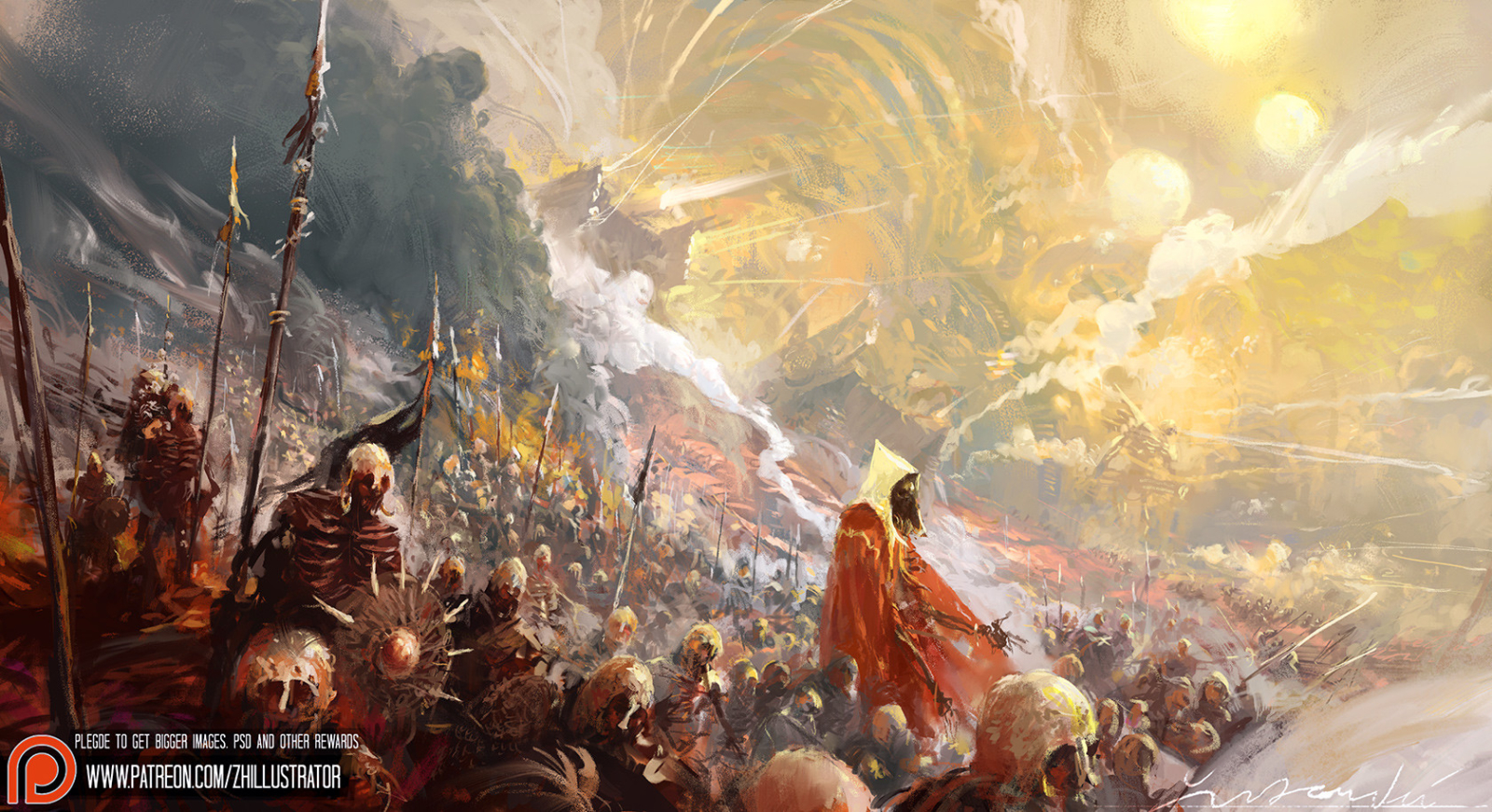 Soaked to the bone by the falling rain, gripping tightly his sword held in front of him, the corpse of the undead creature lay still beneath him. Until it wasn't still, being slain just moments ago by the knights blade the corpse began to stand once more. Straightening in stiff creaking movements, the fatal wound still open wide, dripping in black ichor. It took a step forward, the knight raised his sword again.

Members of Heldrin and the surrounding area whom were once deceased began to show up across the kingdom. This was very unsettling to the general population who at the time did not understand that the newly risen folk were not aggresive or looking to cause any trouble. Eventualy however these undead would began to wander towards a location south of Opco where they would all congregate. In a panic the armies of Cassarei and Heldrin would align and make a presumptious strike against the amassed Unfallen.

The clash itself was brief in comparison to other wars waged by the allied nations. It consisted of several small skirmishes over one singular day, during the late night hours and early dawn of the next day. With the meeting for terms of a ceasefire occurring in the afternoon of the same day. Overall the war would start and end within a span of twelve hours.   The battles themselves were brutal and fairly onesided, sludging through rain and mud filled conditions the well-armed and well-trained armies of Cassarei and Heldrin slaughtered the confused, unprepared, and largely unarmed forces of the Unfallen. The Unfallen Armies biggest advantage was that they never truly died, raising moments after being slain to fight back again. This was a huge moral blow for the allied armies, and certainly a frightening sight to see the mangled corpses of a recently slain enemy get back up.

The Unfallen would claim the land, known to outsiders simply as the Unfallen lands. They would found a city named after their god, christened Keldavor. There they would spend the next twelve years building upon their new dwelling and cultivating a culture of their own. None have yet broken the truce and left their territory.

An undead army whos ranks would rise from death even after being struck down.
A large number of expertly trained troops organized to fight a long conflict.

Many hundreds, even thousands. But none stayed dead very long.
In the hundreds, though the opposing army lacked in skill they did not stay dead.

To protect themselves from the attacking forces of Cassarei and Heldirn. Eventually, they fought for their independence and a place to call their homeland.
To eradicate and army of the undead that they assumed was hostile.