Fairies are pretty much a result of Glitter God being extra. After the mole people were crrated, he decided he can't have just any regular Joe serve him, so he personally created fairies to serve him. No matter how advanced they were in genetic engineering, people probably couldn't have pulled that one off by themselves. However, they are not all that different than regular mole people, they are just mole people with butterfly (or moth) wings. Oh and they eat flowers and pee honey. Think about that one next time you put some honey in your tea :V

When it comes to appearance, fairies are basically just mole people with butterfly or moth wings, and antennae on their heads. The antennae work as a way to catch the signal when Glitter God calls them; this ensure that no one else is able to cmunicate with him. Most of them are butterflies and a lot of them live in fairiy gardens, but in the dark and creepy areas of [email protected]Ö#Ä3 moths may be found. They are, after all, just more dark and creepy butterflies. Actually that's not quite fair. There is a lot of absolutely stunning moths out there. And out of all of them, Tim ended up with a regular cereal moth that shits in your flour, or whatever they do. But that's not fair either, because Cereal Killer is just as adorable as any other moth :3 I guess what I'm trying to say is, moths are more rare but just as valid and beautiful as butterflies. Meanwhile butterflies and moths also continue to exist as separate animals.

Though they look more or less like mole people, fairies are different in some ways. One of those ways is their diet. They tend to eat flowers and fruits, and they then pee out honey. It's gotta be terrible peeiong out honey tho, as you may know, honey may be quite thick and sticky. In addition to that, they probably have to like, pee in a bucket and sell it to honey stores or something. It just sounds like a terrible idea all over, but the important thing is people get to eat their fancy honey bread and shit, right? Glitter God could have thought this through a bit better. Moths have is a bit easier here, they eat stuff like cereal and fabrics, and don't need to pee out any weird shit.

The next thing you may notice about them are their antennaes. They use those to communicate directly with Glitter God. Like how you would have an antenna on your radio to catch radio signals, that's how faireis get signals from Glitter God. Or maybe more like a cell phone tower, as they still seem to cummunicate with Glitter God on the phone. It makes one wonder if a regular person could call Glitter God if they stood really close to a fairy.

Also only make fairies exist and they lay eggs. But then again mole people do as well. That's why they marry drag queens, so it looks like a normal man & woman relationship, but like evrything in mole world, it's just a flimsy facade that doesn't manage to hide something even more messed up than if they just left things as they are and not try to pretend to fit into some norm that died 10k years agot along with the old world. You're a fairy that lays eggs, what exactly will you achieve if you dress your boyfriend up in a dress dammit X_X But that's just hjow things are, don't pretend that everything in your world is perfect.

Few of the comic characters are fairies, you can see them all here 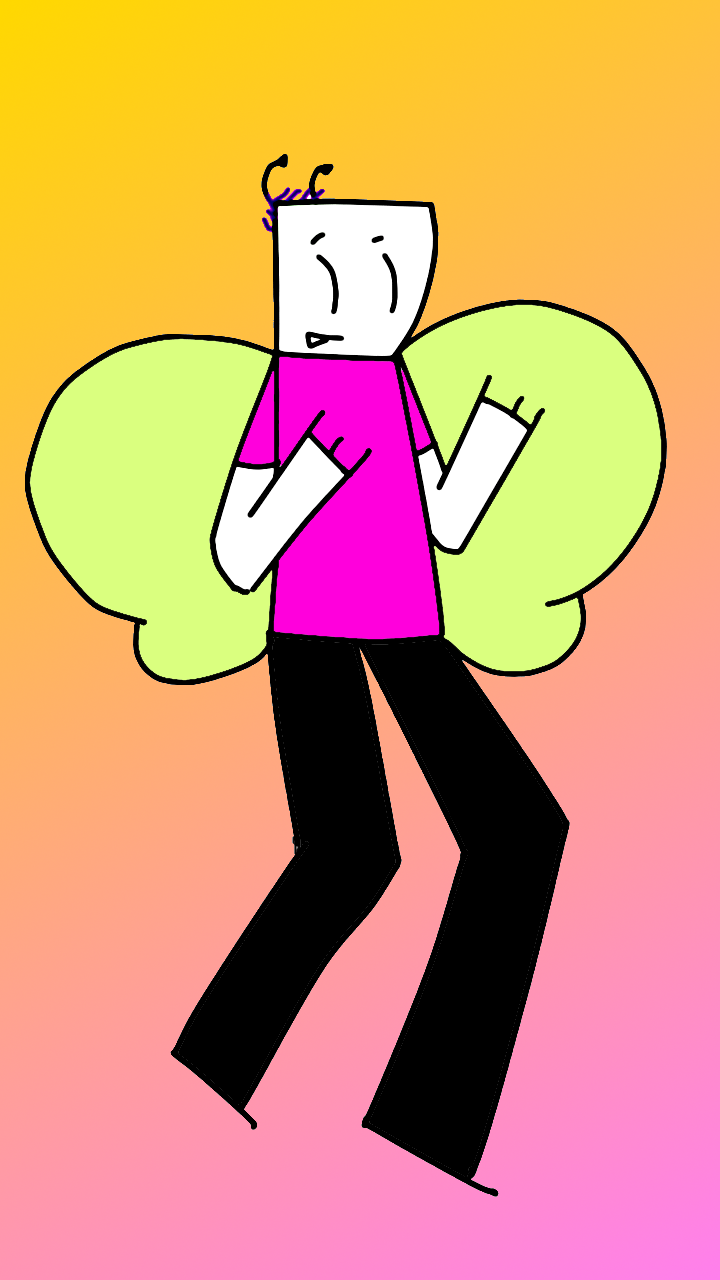