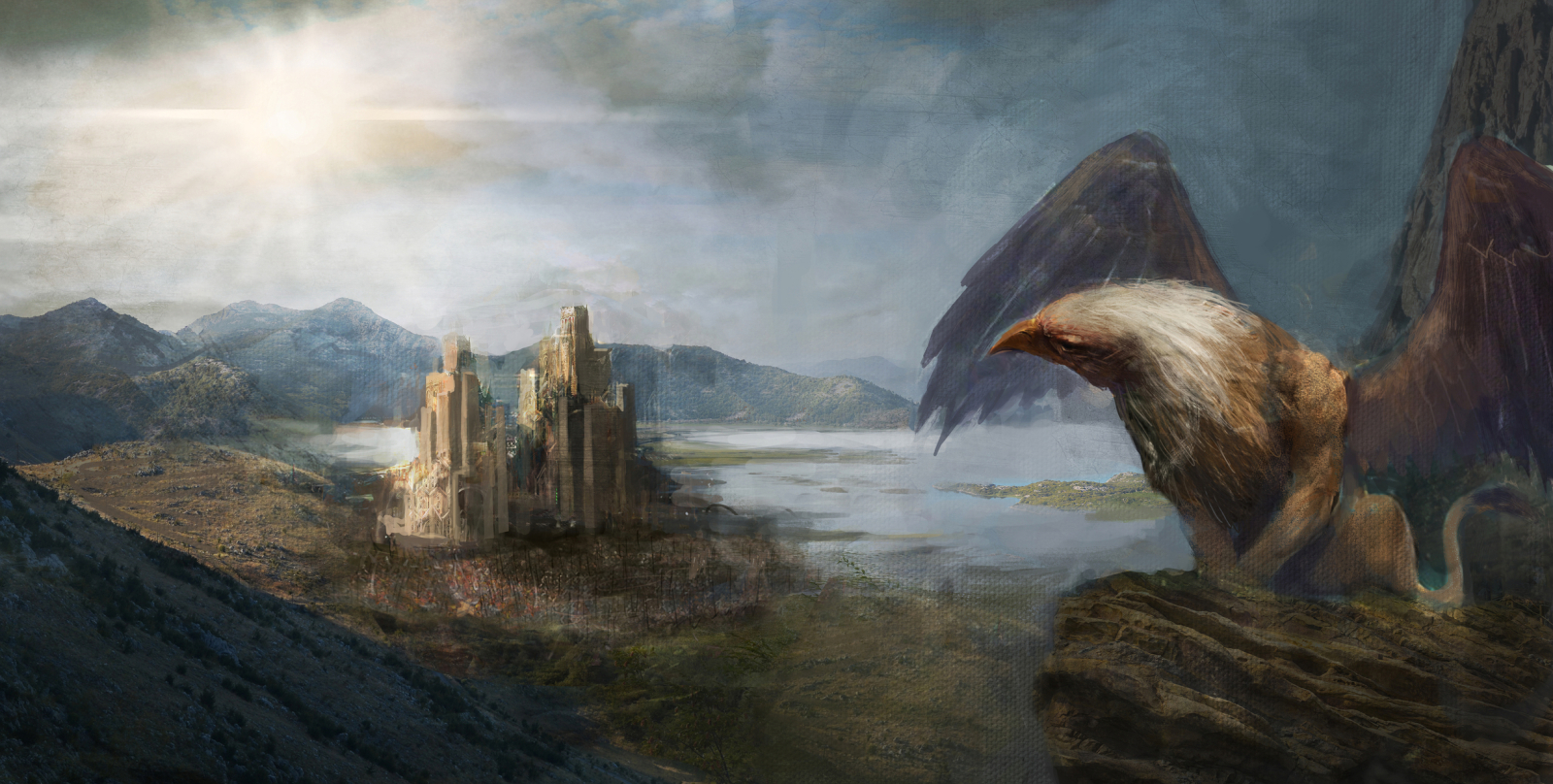 Welcome, friend, to the remarkable city of Krov, Crown of Tonarian. His Majesty who sits upon the Golden Throne marks Krov as the premier city of the world. Indeed, the capital city of the Krovian Empire reflects its people, full of revelry, zest, and a lust for the finer things that life can offer.

The capital city of Krov wears its Rashemi heritage proudly on every building, tower, and rooftop. As one of the oldest human cultures and largest city on the Tonarian continent, Krov considers itself the founding seat of civilization in a chaotic world. Thanks to both the Krovian Empire and adventurous spirit of the Rashemi people, Krov has become a relatively safe place to live. However, Krov does not reign supreme within Tonarian or even its immediate vicinity. War is constant with the Caelian barbarians of the north and a considerable threat to the Krovian way of life.

Krov benefits from the protection of three military organizations. Each military group focuses effort in different areas, interacts with the city government in unique ways and is important in providing balance to the political powers in the Krovian Empire.

The Golden Claw is an elite force of 50 Griffon Riders dedicated to the defense of the skies and waters of the Krovian Empire. The commander of the Golden Claw reports directly to the Voice and does not answer to any other leadership position in Krov. However, when a new monarchy takes the Golden Throne, the Golden Claw make a display of riding to Castle Krov and pledging loyalty as their ancestors did before them.   To qualify to be named the Voice, a Golden Claw officer must be a pureblood Rashemi.

The 800 soldiers that make up the Krovian Guard serve the city first and the Church of Rezmir second. Working closely with the King, the Krovian Guard act most often as a police force but will turn into a military operation when the city is threatened. Possessing a long and proud history augmented by the Church of Rezmir, the guard counts among its highest officers clerics, paladins, and priests almost all of whom are of Rashemi descent.   It is the duty of the Krovian Guard's commanding officer to appoint a new Voice of the Golden Claw when the previous Voice passes or retires.

Some 10 miles away from the city walls stands the Iron Citadel. When the Caelian barbarians invaded the Sundering Tip mountains centuries ago, the Ironbelly Dwarven Clan were forced from their mountain homes and fled south into the Krovian Empire. King Dominus the first accepted the nomadic clan providing them with purpose and a place to call home. The Iron Vanguard was formed pledging unwavering loyalty to the Dominus bloodline for as long as they hold the Golden Throne.   Strong martial traditions, strength, force, and intimidation are the primary virtues of the Iron Vanguard along with a deep hatred for any of the Caelian people. Both the Krovian Guard and Golden Claw seethe at the occasional unrequested aid of the Iron Vanguard, but will begrudgingly accept their aid in times of war due to their effectiveness. The cities government has little interaction now with the Iron Vanguard, except for occasionally employing them on a case by case military basis, much like mercenary work. Although they do welcome their contributions in policing the Tonarian Grasslands and pushing back the Tonarian Bandit Lords. 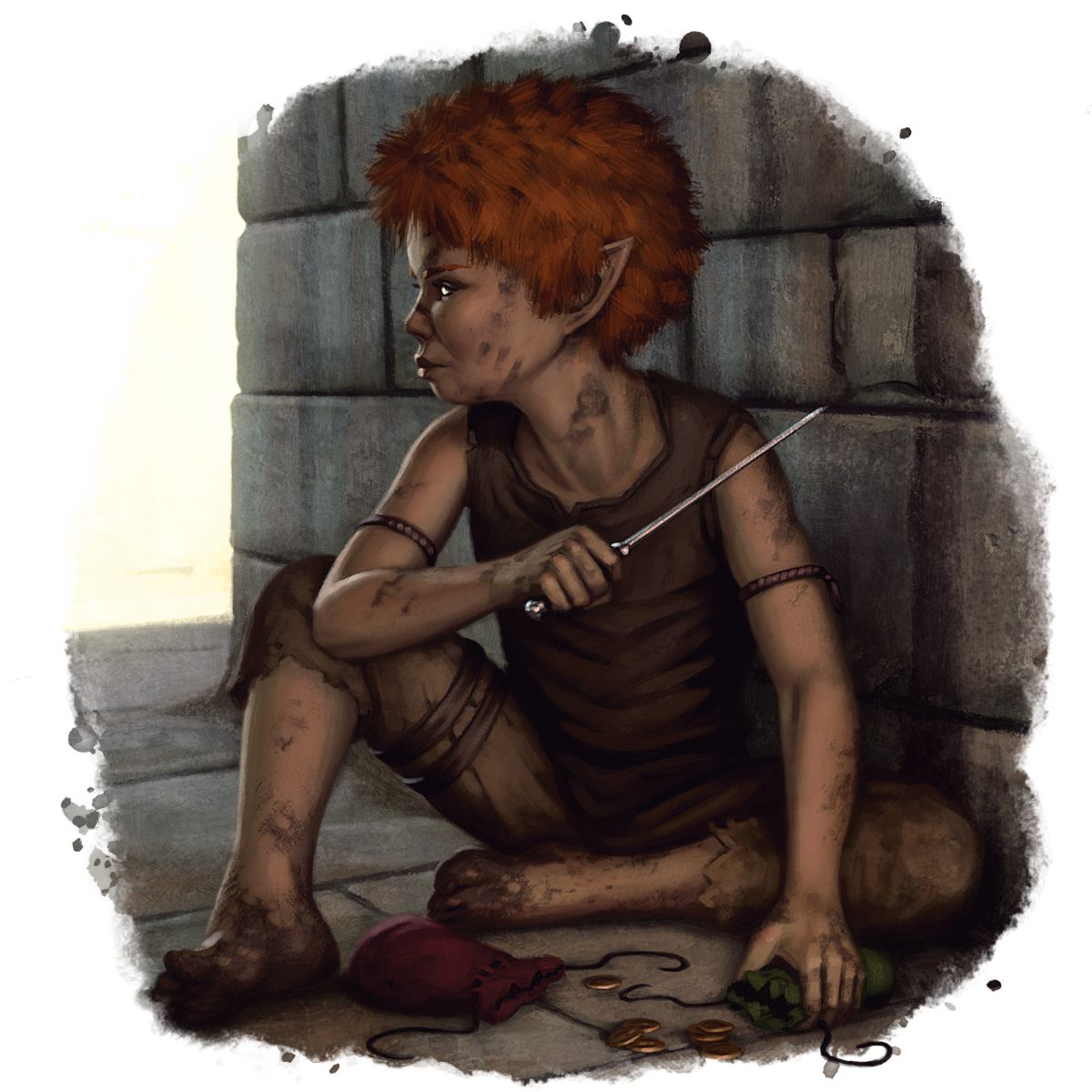 This cramped ward has become flooded with poverty following the recent war and destruction of the village Val'dore. As the ward ran out of room for fleeing survivors, residents built upward, with shacks creating an impromptu third, fourth and even fifth story in some areas. The irregular roof lines now give a home to the cities poorest and most desperate people. Seeing the potential before them, criminals have begun moving in and taking territory, preying on the unfortunate circumstances of others.   The dense Shanty roof lines provide hidden and convenient paths leading to rooftop communities with some areas being large islands surrounded by lesser rooftops. However, with all the dirt, darkness, and filth, dangerous surprises have moved in including large spiders and beasts that will snatch prey in the night.

Much like everyone else in the Krovian Empire, the people of Krov hate to pay taxes. The city does not cripple their citizens but they do have a notable fee structure in place.   Any ship ranging from row boats to merchant vessels that dock in Krov must pay a dock fee. The dock fee ranges from 1 Silver Bolt to 10 Platinum Denar depending on the vessels size and dock location. 25% of this fee goes to the city while the dock owner pockets the rest. As Krov is the largest trade city on the Tonarian continent, this fee makes up a large part of their overall revenue.   A standard property tax is based on the size of land and the district in which the land is owned. This property tax has secretly been waved for decades for the Seven Great Houses in an attempt to buy loyalty for the King.   By Krov City Charter, it is not allowed for merchants or tradesmen to form guilds or unionize. This practice is put in place to prevent groups from price-fixing, a major concern for Krov's magistrates that allows the city to maintain control over much of the labor force. Thanks to the Rashemi drive for success, this does not dampen their entrepreneurial spirit.
Tonarian Grasslands
Join Erenel Discord!
A special thank you to all of Gamingbrew patrons, friends and family who make this possible.
A big thank you to Wizards of the Coast for the Open Gaming License and allowing a writer the chance to chase his passion. The Erenel Fictional Universe is presented under the OGL rules for 5th edition. All content and images, unless otherwise credited, copyright ©2022 by Gamingbrew Media, LLC.
All Rights Reserved.
Open Game Content: Except for material designated as Product Identity, the game mechanics of this Gamingbrew product are Open Game Content, as defined in the Open Gaming License version 1.0a Section 1(d). No portion of this work other than the material designated as Open Game Content may be reproduced in any form without written permission.

I love the details in this article and the artwork used. The map helps as well!. Keep up the great work

Amazing O_O so much detail.