There is no dust of the hourglass in the blood of our people. No marks of weariness upon our faces. As was before and for generations to come, the Crown of Tonarian will illuminate prosperity for all citizens of the empire.

Blessed and cursed to be the son of the late Queen Isabel Dominus, Marivaldi has spent his life clawing out from behind the great shadow cast by his popular mother. Much of what Marivaldi enjoys today is thanks to Isabel, including the political maneuvering to expand the monarchical powers of the Golden Throne. Marivaldi holds on to these powers with an iron fist and is known to shame any magistrate, warden, or noble brave enough to challenge his authority.

Marivaldi is one of the few Rashemi men not to have any facial hair and stays cleanly shaven to honor the dying wish of his mother. Isabel would preach on the importance of respecting the Golden Throne, and the two would often discuss how disgusting Caelian beards look.   Those closest to the King know this is all a lie and he shaves because his facial hair grows in patchy and unattractive.

King Marivaldi wears a crimson band on his right wrist which he never removes. The band is magically enchanted to protect Marivaldi from any type of Divination magic such as scrying.

Marivaldi Dominus was crowned King of the Krovian Empire after his mothers death in 613 EoBO.

Groomed since birth to be King, Marivaldi has benefited greatly as both a child and adult from the teachings of the Royal College. Both extremely intelligent and highly suspicious, Marivaldi continues his education to the point of being over prepared for meetings with his Magistrates and the Seven Great Houses.   Nothing excites Marivaldi more than pitting allies and enemies against each other. He believes if they fight amongst themselves, they will not have time to aspire for his crown.

Marivaldi, a life long learner, personally follows Oriax, the Willow's Eye and when not sitting on the Golden Throne is most often found in an expansive library connected to his personal chambers.   However, Marivaldi understands that like most of the intelligent races of Erenel, the Krovian Empire follows in the Light and True Law of Rezmir. Marivaldi frequents the church of Rezmir and adheres to both Piercing the Veil and Week of Atonement holidays.

Naturally charismatic, Marivaldi enjoys speaking to the respectable people of Krov from the Virinum Amphitheater in Crest Ward. Hearing the cheers of his people generally puts Marivaldi in an excellent mood. So much so that for the week following a speech, nobles will clamor to earn his approval with lavish gifts in the hopes of earning his favor. 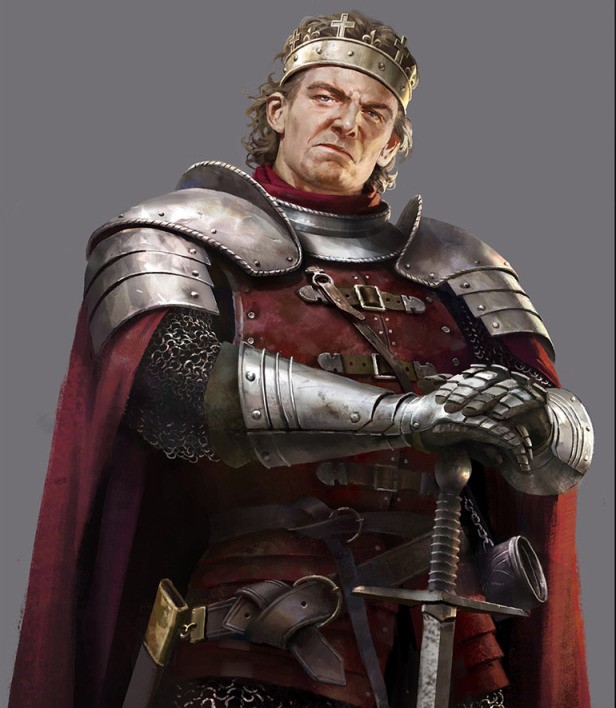 This work is licensed under a Creative Commons Attribution-NonCommercial-NoDerivatives 4.0 International License.
The Erenel Fictional Universe is presented under the OGL rules for 5th edition. All artists have been duly credited.If you would like to have your art removed, please contact me immediately.
System Reference Document 5.1 Copyright 2016, Wizards of the Coast, Inc.; Authors Mike Mearls, Jeremy Crawford, Chris Perkins, Rodney Thompson, Peter Lee, James Wyatt, Robert J. Schwalb, Bruce R. Cordell, Chris Sims, and Steve Townshend, based on original material by E. Gary Gygax and Dave Arneson. A special thank you to the many talented people who create the world's greatest role playing game.
Cover image: by Martin Holmberg
Character Portrait image: by Jamin Lin