Due to the removed nature of those who truly follow Oriax, they are not reliable allies. They, as an organization do not get involved in anything unless absolutely necessary. They are observers who learn, and then leave. Those who believe in seeking out information are naturally considered 'allies' as their goals align with the followers of the Willow's Eye, but no sides are ever truly chosen. They fight only in pursuit of more knowledge or to prevent false information from spreading.
— Archchancellor Ambrosus


Oriax is the deity of Arcana, Knowledge, Science and the pursuit of Truth. The last known deity to ascend to godhood, Oriax is revered by scholars, scribes, learned individuals, and seekers of truth and knowledge. He is most often seen as an aloof, neutral god interested only in the acquisition of information. His closest followers believe the only reason he ascended to a deity status is to continue an endless pursuit of understanding.   There is much truth to this claim as Oriax suffers from a divine malaise. He is one of two deities blessed with All-Sight and has seen his future through a vision, the other deity being Luniwyn the Silver Maiden. Oriax believes he has seen the destruction of Erenel and the multi-verse, much to the chagrin of the Erenel Pantheon. The Watcher unrelentingly seeks to amass more knowledge to one day prove his vision as truth and rescue Erenel from cosmic annihilation.

The holy symbol of Oriax is a weeping willow with one eye in the trunk. This symbol represents Oriax's seeing eye as he observes, without interfering. Always recording what is most important after the Great Sacrifice, Knowledge.   Followers of Oriax will often tattoo or carry paint made from a mixture of ground plants, to mark the center of their foreheads with a third eye. Anyone bearing the mark of Oriax has devoted themselves to the life long pursuit of pursuing and recording knowledge.

All Must Be Seen

When open, the mind can see truths that the naked eye cannot. When your mind is ready, the mind’s eye opens, and you may perceive true knowledge. Travel the lands and leave nothing ignored, for only by learning will you unlock your mind’s eye and true knowledge.

To ascend as a civilization, we must spread true knowledge and build upon one another’s insight. All knowledge must be seen without contamination. To interfere is to contaminate truth and disrupt the natural order of what we are recording.

There is only room for incontestable facts when pursuing absolute knowledge. It is the duty and purpose of all to find and examine the truth, purging anything that may mislead future generations.

The most zealous followers of Oriax are a religious sect who call themselves Archivists and are notable for refusing to speak his true name, referring to Oriax only as The Willow's Eye. They do not have a particular uniform, most merely donning grey or green robes, with the only identifying feature being a tattooed eye in the middle of their forehead.   The Archivists carry hundreds of scrolls with which to record what they see, and a knife, to expand what Oriax may see. They wander the world, recording knowledge, and carving large lifelike eyes into any bare willow trees they find. Each tree they carve will only show a singular, large eye in the center of the trunk.   The Archivists have no temples, only a hand-planted forest of willow trees known as the Archives. The forest will typically go on for miles, with all the knowledge gathered over the years being carved on the trees. Each tree's trunk is covered almost entirely in carvings. They write everything they learn down, and travel until they cannot anymore, or have collected enough to return and add to the Archives. 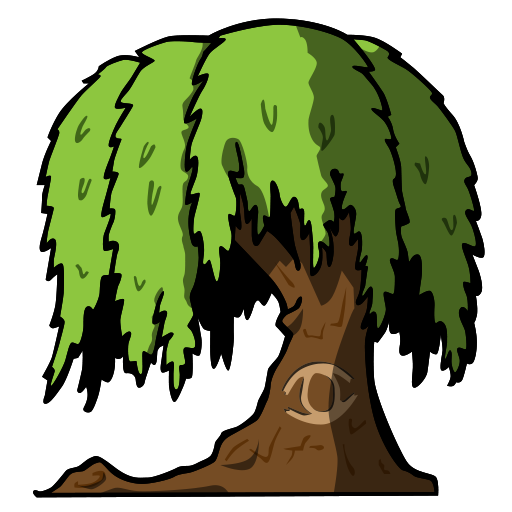 The agreed-upon calendar remains the basis used by most Erenel cultures.

Demigods
Join Erenel Discord!
A special thank you to all of Gamingbrew patrons, friends and family who make this possible.
A big thank you to Wizards of the Coast for the Open Gaming License and allowing a writer the chance to chase his passion. The Erenel Fictional Universe is presented under the OGL rules for 5th edition. All content and images, unless otherwise credited, copyright ©2022 by Gamingbrew Media, LLC.
All Rights Reserved.
Open Game Content: Except for material designated as Product Identity, the game mechanics of this Gamingbrew product are Open Game Content, as defined in the Open Gaming License version 1.0a Section 1(d). No portion of this work other than the material designated as Open Game Content may be reproduced in any form without written permission.