Warlord of the Northlands

Located high up in the snowy peaks of the Pyrelands, the Darkshield family belonged to the Wolfheart Clan. Young Magnus was solely raised by his mother, Asta, who he loved dearly. His Father Ryhild and Uncle Alldoff spent most of their time going on raids or scouting out new settlements for future raids for the clan. Magnus was small as a child and commonly picked on for it because he was seen as weak. Around the age of 12, his father never returned from a raid the clan had been on. The other men reassured Asta, and Magnus that he died an honorable death in battle. Alldoff kneeled down to Magnus to hand him his father's wooden bear necklace they removed from his body before they had left. "You're the man of the family now, so dry your eyes and act like it, " said Alldoff.
After the loss of his father, Magnus spent hours every day out in the woods training with his father's old wood chopping axe, wishing to one day go out on the raids with his clan and fulfill his father's spot. As the years go by, Magnus grew a muscular frame from chopping wood and training with his uncle for battle, and at 18, he received the Jarl's blessing to go out on his first raid with the clan.
He survived his first raid and even came out with a scar on his right forearm from miss timing a blow from an enemy, but it was his first battle scar, and he was proud to display it. Magnus raided for 8 years with the clan, proud of earning more scars and helping to provide for his clan. One fateful day, as they returned from a raid, the clan noticed smoke coming from there village Wolfheim. As soon as the ships hit land, they rushed to the village to find most of the buildings smoldering from fires. Men, women, and children lay in the blood-soaked streets.

While they were gone, their rival clan, The Burning Tree, had raided on their homeland. The Wolfheart Clan went into a frenzy but ultimately did not have the numbers to match The Burning Tree. All of the Wolfheart Clan fell that day with no survivors, including Magnus.
He laid there for hours, left with a gash from a long sword across his chest, hardly breathing. Filled with rage and nearing death, Magnus called out to any of his ancestors that could hear him. All that he asked was for enough strength to stand on his feet and clean his wounds. A few minutes went by before he hears a calming voice fill his head. "Young Magnus, I can give you the gift of a second chance at life, a chance to avenge your people, and with more power than just an old axe. I'll gift this to you under the condition that you help me when the time is needed."
Under the impression, this was an ancestor he called out to, and still filled with anger, Magnus agreed to the terms. As the voice left his mind, he was given the strength to crawl off the bloody ground and into one of the dilapidated houses to clean his wounds before passing out.
Unbeknownst to Magnus, he had a pledged loyalty to Hrólfr, the Ancient Wolf

With the help of his companions, Magnus defeated and pulled the magical stake from the chest of Sebastian Vaneras, the First Vampire. The ancient stake proved worthy of breaking the bonds that restrained Hrolfr, freeing the Primal Deity to roam Erenel once again. This act furthered the bond between the Primal Deity and Magnus, catapulting him into fame and fortune.   Following the death of Warlord Ragnar Stormbearer in the Battle of the War Fields at the hands of King Marivaldi Dominus III of Krov, Crown of Tonarian, the Warlord’s Alliance found itself without a leader. As is tradition, the many clans flocked to Sleet’s Landing, with each who wished to ascend choosing a Great Hunt.   Magnus and the Wolfheart clan chose to defeat the Warlock Cannibal, Mavkaii, on the Isle of Putrid Fog. As their power had grown thanks to Hrofr’s assistance, Magnus and the Wolfheart clan successfully destroyed Mavkaii’s phylactery, freeing the Putrid Isles and the Black Ice Clan. As the first to finish their Great Hunt, Magnus ascended to Warlord, defeating the famous Jarl Olaf Eight Finger in the process.   Now Magnus and the Wolfheart Clan lead the Warlord’s Alliance in what has only been a few short months since his coronation. 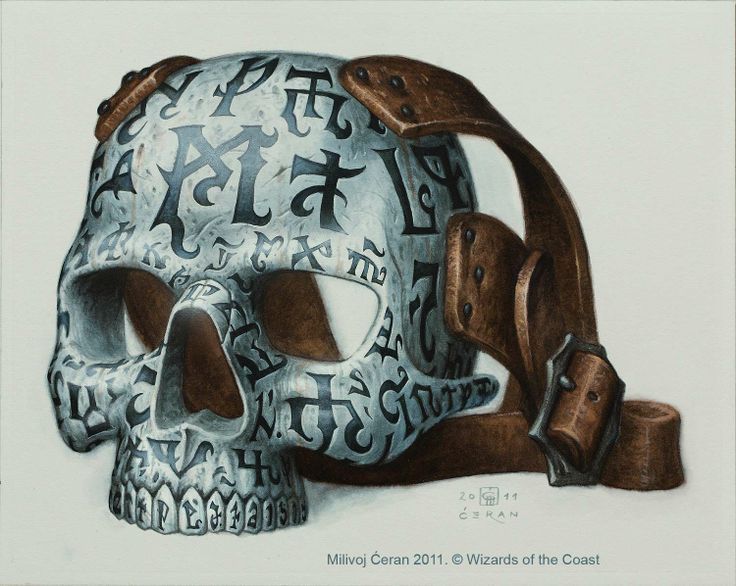 Magnus currently possesses the Legendary Artifact, Pactbearer's Skull
Magnus Darkshield was the player character of Blanton in the Gamingbrew Dying Embers Campaign. Watch us play live or catch up on youtube at gamingbrew.live
Notable People