A male kuo-toa and former member of the adventuring group Dark Souls. A devout fishfolk raised in the Finver Islands of the former Elflands Empire, he was whipped into a frenzy by Father Eli Anderson's sermons against the devilish conspiracy plaguing Rakka and volunteered to join his adventuring group believing that the tiefling was a fellow kuo-toa. No one, especially Poolp, knows how or why he ended up in Rakka.   The barbarian fought valiantly against illithids and fiends alike, using his whip to trap his foes and channeling the spirits of his ancestors to defend his allies. After the devil Naberius was defeated and House Baudissin overthrown, he returned home to his wife and kids in Sardivelia. He brought along a Rakkan firearm and some pets from the Underdark, including a rare slug and an illithid tadpole. 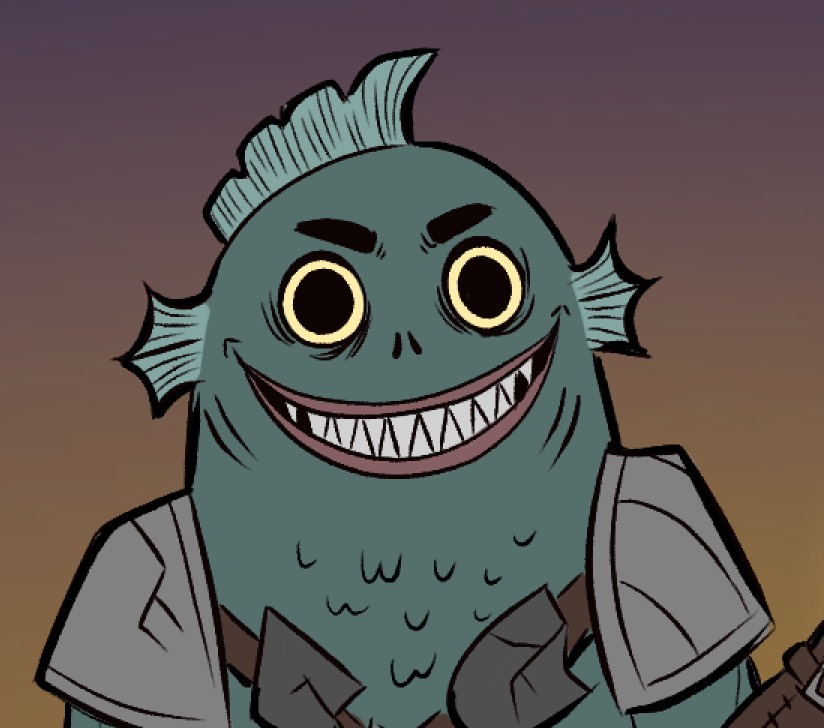