"I ask of you, what is there that faith can't overcome? We have survived monsters, imperial oppression, and the ceaseless perils of this modern world by staying true to our beliefs." -High Priest Guppy Yoho, 896, 4th Cycle

Fish folk of the Finver Islands, for hundreds of years the kuo-toa were under the control of the Elflands Empire until its collapse during the Sunken God's Reign of Terror in 897 of the 4th Cycle. Now under the leadership of the human-majority merchant kingdom of Sardivelia, the kuo-toas are finding themselves interacting with the global community in unprecedented numbers. Devout believers and clerics, many kuo-toa have taken this change in government as an opportunity to travel the world and spread tales of their gods and culture. Others feel their calling closer to home, eager to reform the neglected villages of the Finver Islands and establish a powerful nation-state of kuo-toas. 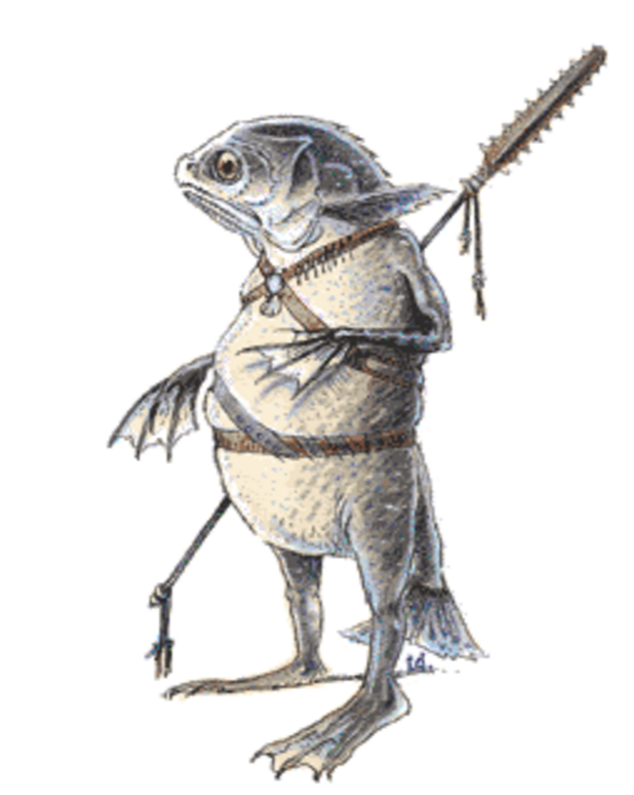