President of Mulane College in Noggin. A former bard from the school's College of Whispers, she helped fan the flames of revolution at the school by sharing government intel with members of the burgeoning Characters movement in their fight for revolution and independence. While unprepared for the threat of the Sunken God, she managed to appoint faculty and professors capable of fighting against the sahuagin horde and defending the college in 897. After the Sunken God's defeat at the Battle of Kassadeia she continued to effectively run Mulane College, brokering a deal with the newly-founded Treeleaf Union to receive generous financial support and endowments for the school.   Under her leadership Mulane College has become one of the most prestigious colleges in all of Pescaliat, attracting students from every kingdom eager to learn the art of barding. The influx of new students has made Noggin a chaotic and unruly place, where protests and magical hijinks happen every week. 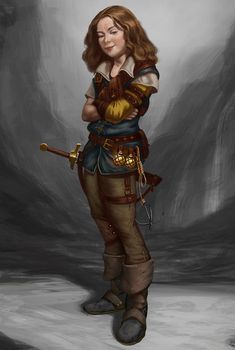