A sassy elven ranger from the Elflands. Raised near the Golden Forests region of the Elflands Empire, she survived the Sunken God's Reign of Terror in 897 alongside her childhood friend Thalion by fighting off waves of sahuagin. She traveled through the remains of the Empire as a mercenary-for-hire before falling into the service of a mysterious individual known as the Gatekeeper. Despite the odd company she was forced to keep, Ithilwen proved herself time and time again fighting ankhegs and poachers alike. In 908 she drew the Throne card from the Deck of Many Things, inheriting a stronghold buried somewhere in the Temeraire Mtns.

Ithilwen drew the Euryale card from the Deck of Many Things, cursing her with slower reaction times when it came to making saving throws. She consulted with several deities to try and have the cruse removed, but so far she was yet to find a way to remove it. 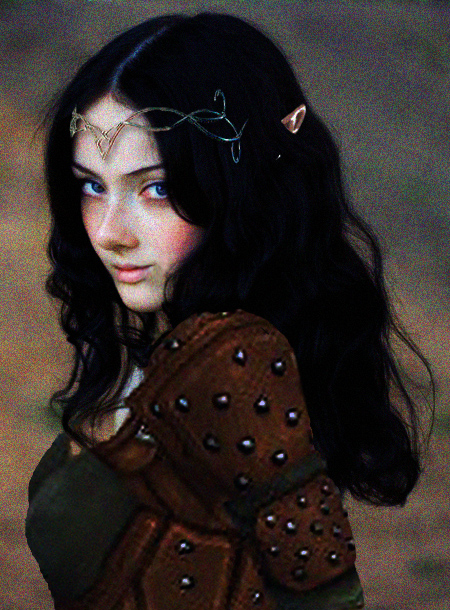 I am an elfin ranger. I almost always get what I want in one way or another. Much to my dismay, however, my family was slaughtered in the recent wars, so the only person I have left is my best friend, Thalion...but why has he been so distant lately?