Through the trees we could see the silhouette of a large wolf against the vibrant colors of the evening sky. It was not until it turned it's gaze towards us that we realized it was inflicted. It's eyes spread an eerie teal glow as it stared at us for several heartbeats. Then it lifted it's head to the sky and howled the most unearthly howl possible.
— Excerpt from an expedition log to The Pagan Hills

The Inflicted are a species of monstrous creatures which can be found all over the world. It is easy to identify them as Inflicted because they all have teal glowing eyes. Yet there is great variety between the different types of Inflicted. Thanks to the extensive research done by scientists and researchers it is known that these creatures were a by-product of The Pulse. Whatever powers were at work at the time forced a rapid mutation in some animals. Why some became Inflicted and others did not remains a mystery.

Some types of Inflicted show a clear resemblance to the animal they mutated from. Others however look like a mismatch of several animal species combined. Or in some cases there is no resemblance to any animals currently known. It is not implausible to assume that a number of animal species became extinct due to the Pulse. So we may never know for certain the origin of every inflicted species. We do know that there was at least one other sentient humanoid species who seemed to have become extinct due to the cataclysm. Some practitioners of the obscure sciences seem to think that they may have mutated as well. Most scientists deny this possibility however and hold on to the belief that no humanoids were ever affected by the mutations. Doctors and healers in particular do not agree with this statement. They point to the fact that some babies are born with defects which look very much like a mutation, albeit without the teal glowing eyes. 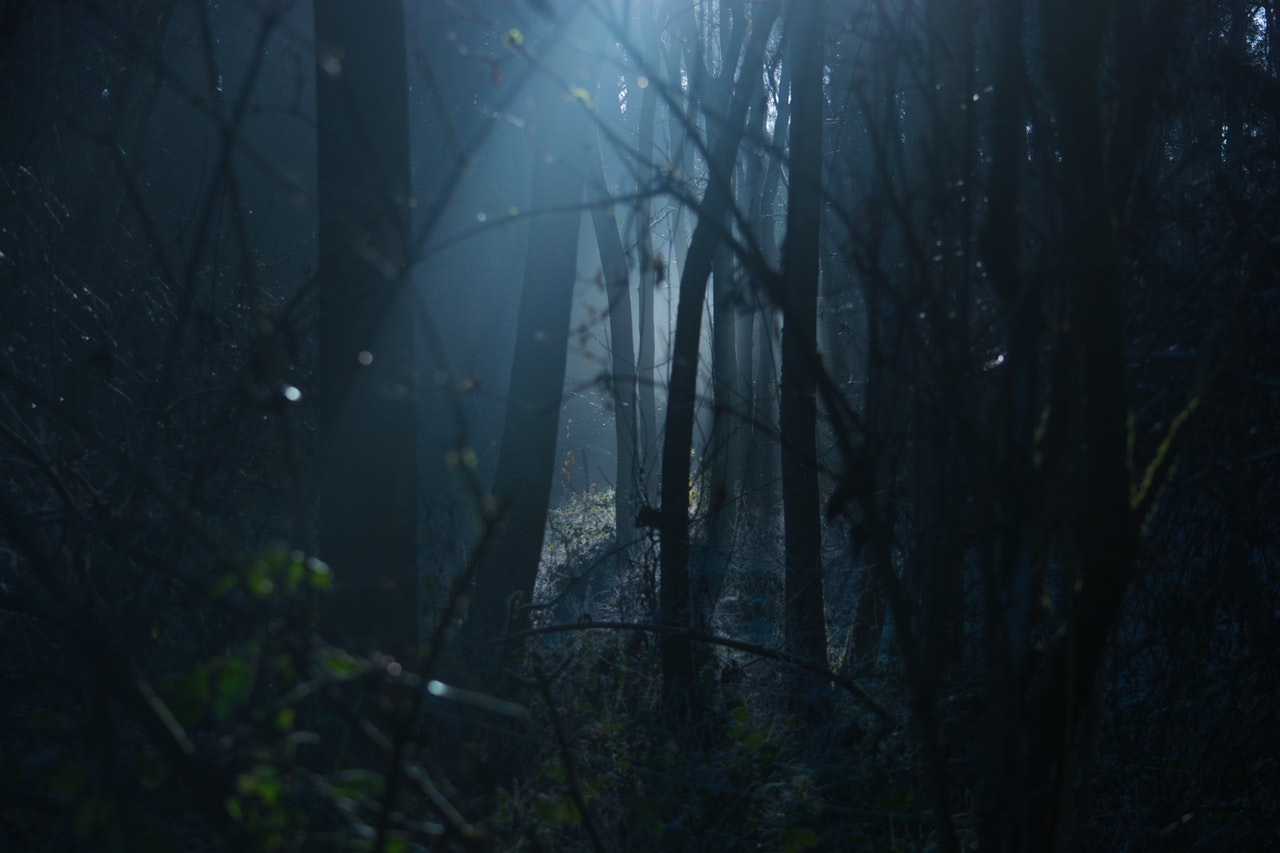 Forest Scene by Pixabay
Genetic Descendants
Origin/Ancestry
Various animals, some of which have gone extinct since The Pulse.

It is blasphemy to claim that no humans or similar races were affected by the mutations. We have proof that there were in fact others like us. Intelligent beings who seized to exist after The Pulse. Why would we claim that they were wiped out? I'll tell you why. Because it is easier to believe a lie than having to admit that the monsters roaming our lands, the monsters we kill, were once like us.
— Transcript from a seminar by [name] at the Obscure Science Convention in Miraiy

The inflicted honestly remind me a lot of the infected from the last of us! The description you give of them manage to put off an eerie and creepy feel. The image selection I must say is excellent as well!   If I may add some suggestions, I think a few more quotes would do extremely well to show their nature and creepiness. Also, what do the people think of them? Are there any cultural beliefs and such associated with them   Congrats Rynn! Keep up the amazing work!

Thank you. :) While the infected from The Last of Us were clearly once human (I think) and my inflicted do not I suppose somewhere I can see a similarity. Both where mutated because of an external factor after all. I'll keep your suggestions in mind for when I come back to this article.