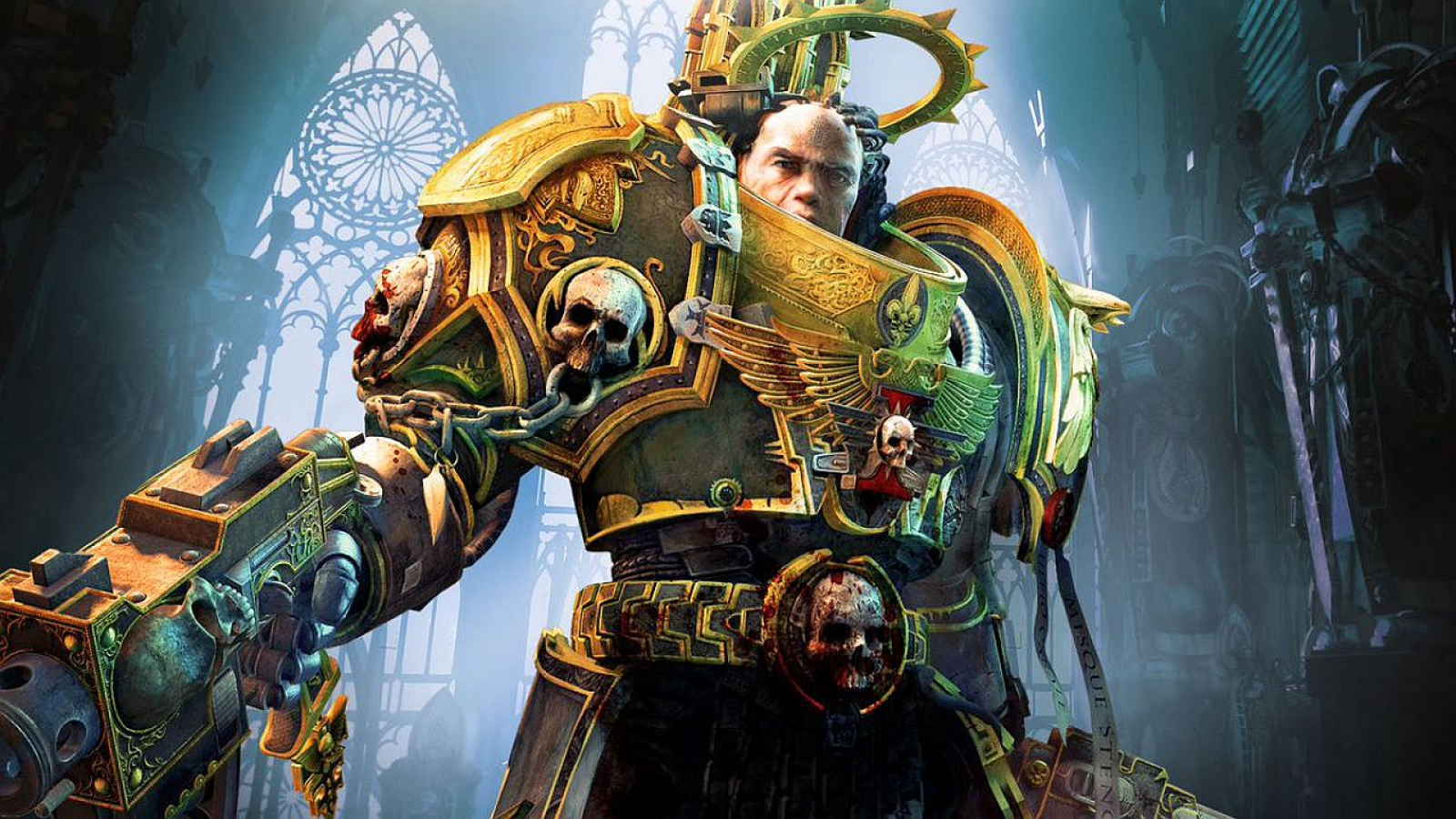 The Inquisition is one of the most feared organisations in the Imperium of Man. Having been founded during the Horus Heresy in M31, it has the mission to work from the shadows as a secret police. It knows that treachery, heresy, mutation, unstable psychic power, the Xenos, and the Neverborn are everywhere. Only they stand to combat the shadow wars that take place behind the scenes.

The Inquisitorial Representative is the highest rank within the Ordo Inquisitors followed by the Inquisitor Lords. Many of the lord and even the representative is usually tied to two main branches, the Ordos Majoris, and the Ordos Minoris. The former is the most widely accepted, governing many elements of day-to-day life of the Imperium, working to stop the taint of the heretic, he Xenos, and the Daemon. They are primarily split into: The Ordos Minoris are minor groups, usually far more specialised than the Majoris branches. They are as follows: A few other Ordos Minoris exist too, usually monitoring highly specific groups exist. They usually report directly to one of the Ordo Majoris.

The Inquisition is beholden to no-one, and if they are it it usually the High Lords of Terra. Even then they are not above turning their gaze to the High Lords if they think one of them is in some way corrupt.   Inquisitors are usually split further into two generalised groups, the Puritans and the Radicals. Both believe that Mankind needs to be watched thoroughly and any rot from within or without needs dealt with swiftly & if need be violently. The former are very narrowminded, highly religious, and zealots of the highest order. They are not above whipping up a crowd to root out witches, heretics, Xenos and Chaos, no matter the cost. They will happily kill other Inquisitors they deem as not pious enough.   The latter, the Radicals, will happily is psychic powers and / or weaponry of the alien or Chaos, believing that to fight a threat, you must use their own tactics. Xenos species & Daemonhosts can sometimes be found in their retinues helping them.   Both are beholden to no other organisation, and will regularly demand that all other branches of the Imperium of Man for help. If refused, they will happily turn their attention to that organisation instead.

The Inquisition is effectively a secret police force of sorts. They have carte blanche to look into any aspect of an individual's life or organisation, all under the purview of working for the greater good of Mankind. No area is off-limits and anything they feels threatens Mankind's manifest destiny to rule the galaxy is at odds with their beliefs.   Given power in M31 at the height of the Horus Heresy, they have existed long enough to become highly influential, they are feared and/or hated by all other factions in the Imperium. One word from an Inquisitor is enough to see one individual to a whole star system obliterated if some treason is suspected. Rarely will any force turn down a request to work with them, mainly for the fact they may be next in line to be investigated, even accused of being heretics for not helping the Inquisition.   Usually an Inquisitor works alone, or with a small retinue. The odd time it will be with anything from a squad of one of the Imperium's military branches or local Arbites squad right up to a capital Naval ship, a Rogue Trader ship, or a full scale military force of several hundred or more assets.    The reputation of Inquisitors, especially more established members, is enough to cause most people terror. A regular occurrence is an outpouring of all types of information, most of which is incorrect, but in many aspects with an Inquisitor, belief can be more important than cold hard facts.   Sometimes Inquisitorial Wars break out, usually between the Puritan & Radical elements. This is as much to do with their respective dogmas, and can happen well within their own sides if two viewpoints diverge too much.

The Inquisition can be quite small in number. Nobody knows just how many there are, though a base line is normally a few thousand at least of different ranks. This could be far higher depending on turnover of members.   Most have a base of spies, technicians of different types, military, and psykers at their disposal. These usually fill all manner of roles, whether working inside other organisations, follow up work, filing, information gathering, or muscle. When more specialised roles are needed, the Inquisition is not above using other Imperial assets as they see fit. All it takes is an Inquisitional Mandate and the assets are turned over, usually on a temporary basis. Sometimes though, they end up becoming permanently attached to the Inquisition, or a specific Inquisitor.

The Inquisition was started in M31 during the Horus Heresy by Malachor the Sigellite. With that turbulent time Inquisition is shrouded in mystery & time. It seems that they were set up to watch for rebellion, and eventually took up the role of secret police during it. They were then given Militant Chambers over time, the first of which was the Grey Knights chapter, one specialised in fighting the Neverborn, in early M32. Roughly the same time or slightly later the Deathwatch fortresses were created and tied to the Inquisition. This gave them access to space marines from different chapters all specialised in hunting Xenos threats.   Finally, in M36, during the time of the Age of Apostasy, and the resulting Reign of Blood & Plague of Unbelief, the Inquisition was given access to the final Chamber Militant, the Adeptus Sororitas. From that point it has been able to persecute wars without having to maintain it's own military forces, drawing primarily these three Chambers Militant, and then expanding outwards as appropriate. 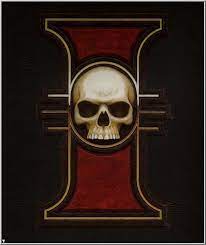 "I can destroy you, or I can destroy this world completely. You're choice. After all, you did come to my attention for you're 'little indiscretion'. That power you wield, you attracted the wrong type, the nobility. They may have been tempting targets for a cult, protecting their dalliances, thinking they can get away with it. No, no they couldn't.    When my agent felt the pull of the Warp, and contacted me, I knew there had to be more. A mind behind it, attracting the Neverborn here and the opening of that rift. It doesn't matter the size, or if I keep 'extracting' information from you, you will break and you're soul lost.   So, what is it to be? You're last breath or a world's last breath? I would advise the correct answer here, as only the Emperor can ever help you here."   Inquisitor Mansk, talking to a rogue psyker on Sirius IV.
Founding Date
The 31st Millennium
Type
Government, Secret Service
Alternative Names
Holy Order of the Emperor's Inquisition
Leader Title
The Inquisitorial Representative
Parent Organization
The Imperium of Man
Location
Holy Terra
Related Ranks & Titles
Related Species
Powerful Organizations

The Inquisition is intense, and the article paints a dreadful picture of their operation. I see many historical aspects--- it's like the Inquisition took the worst parts of human history and rolled it into a conglomeration of terror the likes no one has ever seen.

Especially true here. They are fanatics, and they are the Watchers in the Shadows so to speak. And no-one watches them. One article that'll tie these guys, with Space Marine (Adeptus Astartes) Chapter Masters, the high ranking members of the Imperial Navy hierarchy, and a small few others, is the ability to call Exterminatus on a whole planet. Basically call down a planet-killer bombardment on an inhabited or over-run world. Lovely stuff. Read some of the Horus Heresy novels and one book has a Primarch do it with virus bombs & a laser battery to ignite the oxygen in the atmosphere afterwards.

Virus bombs and laser batteries are far more personal than, let's say, the Death Star vaporizing an entire planet. These guys want everyone to know they did it and were glad they did it. Holy smokes! So I looked up Horus Heresy and didn't know it was from Warhammer. I thought I recognized the design elements in the graphics. I'm more of a D&D/Heroforge minifig fan. But I will check out the book series. I want to know more about these nasty guys.

Big set of books there. Been into Warhammer longer than D&D but even then. Both along time into noth.