You think you have seen everything this world has to offer... and then you witness a bout between two hunks of arcane imbued metal endlessly thumping each other until one simply does not work any more, with a crowd of spectators cheering or jeering depending on who they gambled their hard earned money on. It is most certainly one of the more unique spectacles Aldenia has to offer.
— Hajar Stoutsong, famous Dwarf adventurer

At the time the Cataclysm Wars began, constructs and automatons were not the most reliable inventions and were quite prone to malfunctions and unintentional murder sprees. It was noted during the Wars that the forces belong the Dark Council seemed to have superior constructs within their ranks, so when the notes of Grevlin Doomwrench, the Mad Gnome, were found in the aftermath of the the Assault on the Dark Council's Fortress, the Gnomish homelands quivered with anticipation at discovering the secrets held within those pages.   Whilst their expectations were undoubtedly set a little too high, since it became quickly apparent that Doomwrench had not stored the full extent of his notes in the Fortress, there were still plenty of pages that contained useful information for advancing the efficiency and reliability of their constructs. At first, the notes were only shared within Billowblock Inventions, the elite tinkering organisation within Rattlebottom, the Gnomish Capital. Roughly twenty years later, The Combined Notes of The Dark Council were transferred to the city's library, allowing anyone access to their secrets. Naturally, this spawned a new wave of differing designs as each inventor had their own interpretations of what was the most efficient way of implementing these new ideas.   At first, the idea was thrown about that each design would be put up against a renowned group of fighters and this was very nearly the plan that they went ahead with. Just a few days before the contest was scheduled to begin, someone pointed out that it was both safer and perhaps a better judge of the quality of the constructs if they were to fight each other. These first fights were undetaken behind closed doors, judged by a panel from the Rattlebottom Council. After a few instances of these secret battle tests, the idea was leaked into the public world and naturally an eager entertainer and showman was ready to capitalise. In this instance, his name was Aldin Shortspark. The first recorded Shortspark's Construct Fight Night happened in 29PC   Within a couple of years, his Construct Fight Nights became the most famous entertainment event in the land.

Shortspark's Construct Fight Nights are held on the evening of the first 'Free Day' (the fifth & last day of the Aldenian week) of every month. There are six bouts in each event, two for each 'class' of Construct - Light, Standard and Heavy. They will typically be one fight between two newcomers and one challenge fight against the reigning Champion in each class.

The classes are divided by weight restrictions firstly (100bs, 300lbs, 500lbs respectively) but also have dimension maximum limits too. Light Constructs cannot exceed 4ft in any dimension, Standard: 6ft and Heavy: 8ft.   Magic is allowed to power the construct, and the construct may be controlled by an operator. Any construct is allowed one magical ability that it can perform. This magical ability cannot directly deal damage. All damage must be physical. (This is in response to a trend in the early days where disintegration beams rendered some games somewhat pointless).   The fights consist of three rounds lasting one minute each. A brief interval where minor tune-ups are allowed follows each of the first two rounds. The winner is decided usually by knock-out. If both entrants are still standing (and remotely functioning) by the end of the final round, a panel of judges will determine who won each round. The competitor that won the most rounds is declared the winner. If an entry is withdrawn during the battle, it is counted as an automatic win for the opponent. In order to challenge a Champion, a competitor must have won at least one 'Starter Match', first. Naturally, there is prize money waiting for the victors, significantly more so for the Champion fights.   All gambling that occurs at the events is controlled by the Shortspark family (naturally side bets between friends still happen, though). Odds are declared before each bout and one's winnings are calculated based on those odds. More specific betting (such as how many rounds it will take to win) is allowed and, in fact, encouraged.

The Shortspark family is still in charge, now in their 5th generation. Aldin's great-great-grandson, Eldrin Shortspark is the current Showmaster. His father and grandfather (Aldin's great-grandson and grandson), Dilkin and Caldan, are both alive and whilst retired from being in the public eye, still dispense wisdom in the running of the organisation. Eldrin's own children, Felvan and Frasta, help out with the events, as does his younger sister, Eltana.   Since the events themselves occcur once a month, there are few permanent employees within the organisation. They will hire typically younger folk to look after the events themselves. The permanent positions only number at about a dozen roles, mostly involving promotions, accountancy and liaising with current and potential entrants.   The Shortsparks own the concept of the Fight Nights, but underground or illegal fights do occur around Aldenia. They are aware of these, but unless they begin to pose a genuine threat (and they never do, often just one offs or fizzle out), the Shortsparks are of the opinion these unlicensed events are more useful than harmful. This is because these events simply aid in cutting down their shortlists and give future entrants practice. They will still need to win an official battle before challenging the reigning Champion, regardless of how many unlicensed fights they have won. 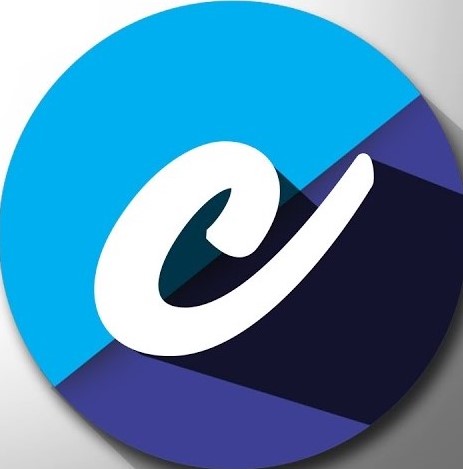 I like both the general idea as well as the images, either they are yours or not, they are a great to help to understand the context and some designs ^^ Nice done.

UFC Robot Wars? Yes please, where do I send my check for the Subscription Service? There are a few grammatical errors, but otherwise, a great article.

Shortspark Endeavours, Rattlebottom, Aldenia.   Nah, but seriously, thank you. (Went through and caught a couple of those grammar gremlins)>

A fun read. I love the idea of the golems being built and fought by different teams to fight. Is there any specific prizes or are the bettings also given to the ones that fight? Are the golems sentient or are they purely controlled by their creators? Great article ^^!

I forgot to put that in, prizes are dependant on the importance of the fight, basically. It's a predetermined prize, though. Some are automatons, in the sense they've got a set of instructions, but not sentience.   Yet.   [and thanks :)]