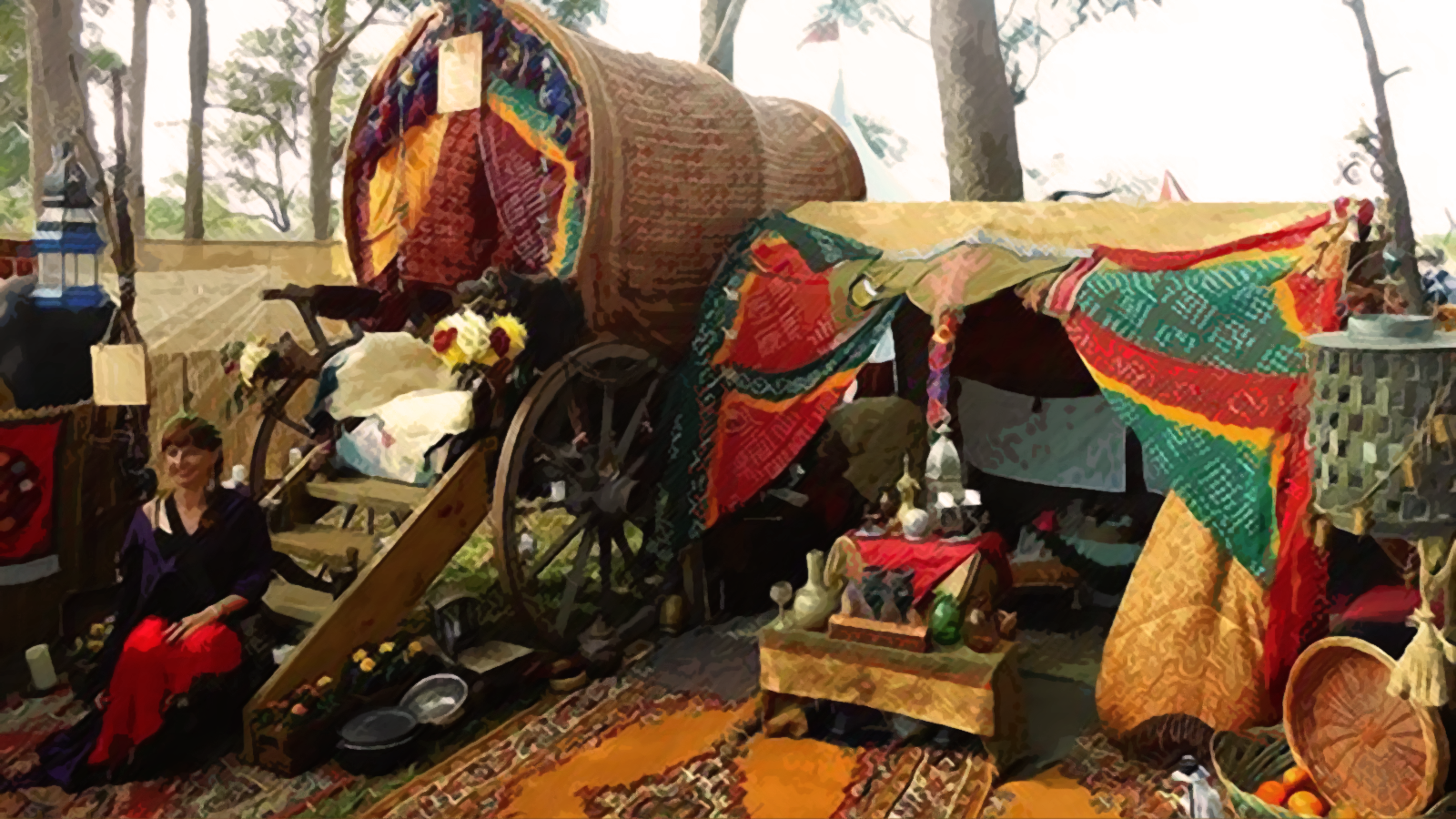 Marriage in the Wildfolk Communities

My travels have meant I have crossed paths with the Wildfolk many times and on a few occasions, I have been invited to stay for a marriage ceremony. Naturally, my curiosity forced me to stay the first time, but I did not know what to expect. However, I quickly learned that a Wildfolk wedding is a simple, yet beautiful, affair. I have never hesitated to stick around should I be informed of upcoming nuptials happening on any occasion since.
— Hajar Stoutsong, famous Dwarf adventurer.

The proposal stage of a Wildfolk can have slight variations depending on the race of the proposer. However, the basic premise remains the same throughout. There is one simple stage to this. One of the couple, and it does not matter which one, will hand carve two rings out of wood and present one of them to their loved one and ask them to marry them. For Dwarves, they often produce a metal ring instead, in keeping with their metalworking heritage. Elves will likely carve a message in Elven script into the wood. The principle is the same no matter the race, though. The important part is that the proposer is the one who crafts the ring, that way the person being proposed to knows the message comes from their heart. It is the effort that matters, not the quality of the product. In the cases where an individual is physically incapable of craftsmanship (a not insignificant portion of people who join the Wildfolk were once soldiers and have potentially been wounded in some way), then they will ask a Elder for assistance instead.

When a marriage is agreed, a ceremony is organised to happen upon the 'Free Day' (fifth day of the five day week) after next. This gives time for members of the community in which the wedding is occurring to send word to any neighbouring communities. A wedding is a time for celebration of togetherness, not just for the two people getting married but also the community as a whole.   A suitably sized clearing will be found and a wooden arch will be placed in such a way that the sun will appear within its confines upon the dawn. The ceremony is then held at dawn on the Free Day. For the Wildfolk, a marriage is the dawn of a new era for the pair that are being wed and the ceremony is designed to reflect this. A Wildfolk Elder will officiate the ceremony. Each person will recount a short vow to their partner, of their own writing. Then, the one who accepted the proposal will put the second ring onto the proposer's finger, completing the pairing. Following this, the Elder will place a wreath made of that particular communities' signature flower will be placed upon both people's heads and the Elder will declare them married.   The rest of the day is pure celebrations. Plenty of food, plenty of drink and plenty of games fill the hours until the day is over and everyone returns to their abodes to sleep.

Roughly translated from Elven, this means 'lost love'. Due to the Wildfolk being a vast combination of races with wildly ranging lifespans, it is not uncommon for two people with a great difference in their lifespans to marry. Naturally, means one of them will likely pass away long before the other does. Since this is most often the case for the Elven members, it is one of the rare times a non-Common phrase is the accepted terminology within a demographically mixed society. An Auta'mel is simply anyone who has lost their other half, not necessarily by old age but it is usually the case. An Auta'mel will, on occasion, find comfort in spending time with another Auta'mel, since they understand the sorrow of their situation. It is not uncommon for two Auta'mel to wed again, as a result. There is no difference in the proposal process or ceremony for a marriage between two Auta'mel.

Ahh....marriage. Always a fun thing. You've written this quite well, but give it another look over for potential mistakes. Otherwise, good work!

Yeah, wow, there were a lot I missed, it seems! Thank you :)

Nice article! Are there are any variations between the different races? Like do Elves do something different from Dwarves? Or is it fairly uniform across the world?

Do you mean in the ceremony? The ceremony is the same for all. As I say in the article, though, the proposal stage can have slight variations depending on the race of the person proposing.

Lovely article! I have one question. :D   I see that, like me, you've avoided using terms like "husband" or "wife" in favor of the more ambiguous "couple"; am I correct in guessing that the ritual is the same for any configuration of genders?

Indeed that was a conscious choice. I follow the model of 'fantasy world doesn't need our prejudices' set by Matthew Mercer (amongst others). The Wildfolk are literally the most accepting people in my world. Even if same-sex marriage wasn't a thing in general, they'd still accept it haha.

I did the very same thing with mine. Great stuff. :)