I've crossed paths with the Wildfolk many times in my adventures and every time I've been met with smiles and been cared so well, meeting the Wildfolk is only second to going home to my own mother, in that regard!
— Hajar Stoutsong, famous Dwarf adventurer

Community is probably the best word to describe the society of the Wildfolk. Wildfolk tend to travel in small groups of roving caravans, typically numbering fifty people at most. Larger groups do exist, but are not commonplace, though communities tend to come together during the Sacred Day of Bloomtime, for they are keen worshippers of the nature deities.   Within each group, it is the elders that hold the relative power. Any disputes are to be taken to those most advanced of age. Since Wildfolk communities are a mix of races, there is no singular leader as sixty years for an elf is not equivalent to sixty years for a human, and likewise the amount of time that an elf could be considered an elder within their own race is longer than the entire lifespans of many others. As a results, such disputes are usually handled within their own race, should the be someone of the respected level to deal with it.   Wildfolk caravans are usually extremely colourful and adorned in natural patterns. At any given time, there will most likely be music playing. The general atmosphere that permeates through any area the Wildfolk settle in is uplifting and joyous.

Code of the Wildfolk

Wildfolk are against violence, they are a pacifist group. They believe conflicts can always be resolved through discourse and communication. They will generally not fight back should someone attack them, either. If they feel their life is in danger, or see that someone's life is in danger they will exhaust any methods of subduing the attacker, be that through magical means or martial techniques. Violence is absolutely the last resort and therefore Wildfolk drift towards druidic magics and self-defensive martial arts if they do not possess magical skill. If someone is caught committing a violent act and there was absolutely no other way, then they are cast out if found guilty at a trial led by the elder of the community. This particular tenet has only been lifted once on a grand scale. When it came to restoring The Ancestral Tree, because the Circle had been turned, the Wildfolk were now the foremost authority on druidic magic. As such, the communities came together and reluctantly decreed that because the forces they would have to fight to reach the Tree were technically not living beings, anyone who committed violence against would not be judged for their actions.   Wildfolk do hunt, but the second pillar of Wildfolk society is to respect nature. This means whilst they will acquire and consume meat, they are acutely aware of making sure they do not disrupt the ecosystem by overhunting any one animal. In terms of acquiring meat, animals that have happened to died naturally are most preferred, if there are none to be found then they will resort to hunting with magical traps that will stun the creature so they do not suffer. Even with this, the Wildfolk diet is mostly plant based and they are extremely knowledgeable in natural remedies and boons. They are trained in herbalism and alchemy professions and are proficient in creating salves and potions. Such potions can also be used as coatings for dart tips, for instance.

Wildfolk communities tend to stay in the wilderness but often have to come closer to centres of civilisation for supplies. They will set up stalls on the edge of towns, selling hand crafted trinkets and remedies and potions. However, due to their nature of appearing for a few days and then moving on their way again, Wildfolk often get branded as thieves. Anyone who truly knows the Wildfolk know that this is not true, they are givers by nature and have no need or desire to steal, but it seems that crafty folk see their presence as a scapegoat. This perception is particularly strong with races that work with lots of parts and towns that have high proportions of Rock Gnomes and Mountain Dwarves (who lean towards tinkering and smithing professions and find themselves the subject of such opportunists) are generally more hostile towards Wildfolk, even though there are a lot of closely related Forest Gnomes and Hill Dwarves within Wildfolk communities. Elves, in general, are more welcoming due to their shared fondness towards nature and worship of nature deities. Wildfolk are loved by children, due to their brightly colour wagons and clothes and the generally happy atmosphere, and parents of these children often feel their opinions of the Wildfolk soften as a result too.

Joining or Leaving the Wildfolk

Wildfolk are happy to accept outsiders into their community. People who have lost their way are a common source of new members for Wildfolk. If Wildfolk come across a child, they will make every effort to find their parents before accepting them full time. It is a very rare occurrence that a youth from outside the community becomes a permanent member. For anyone of age, regardless of how long they have been an adult, the Coming of Age rites will be performed and then they will be considered Wildfolk.   Every now and then, someone will feel the pull to leave the Wildfolk. This is a very rare occurrence, however. They will not be prevented from doing so, though. As a result of Wildfolk culture only providing a first name, typically anyone leaving will use the community's name as their family name upon joining regular society, or if they are imaginative enough, a name of their own choosing.
Other Names Wilders, Raen'nur (Elven for Wandering People)
Organisations & Groups

A very well written ethnicity! I think it’s great you included a mix of races as well. The people sound colorful and easy going. :) 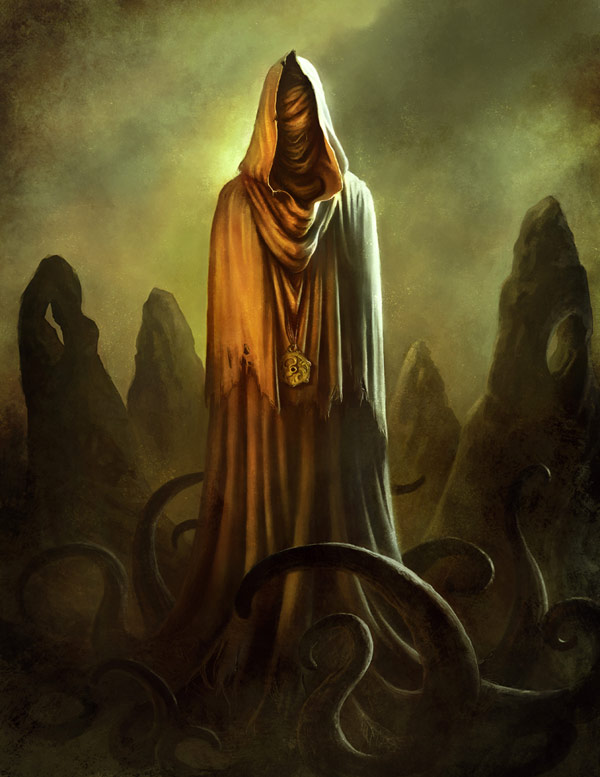 Intriguing. The reputation mixed with the colorful caravans brings the Romani to mind, but I feel that your choice of header image implies that correlation was quite deliberate. Leads to a fun twist on a more conventional Druidic Circle as you look further into it, as well.

Yeah, there's a few real life and fantasy inspirations drawn into this. I wouldn't say they are a Druidic Circle, in their own right, as such but a large percentage of them do practice that style. Thank you :)