Fuddle-Moss is a flowerless, shallow-rooted plant native to the continent of Elvara. Thriving in damp soil, away from direct sunlight, it flourishes in the darkest parts of forests and woodland. Despite its preferences, however, once its seeds sprout from their pods, Fuddle-Moss can grow happily anywhere where there is shade for most of the day and sufficient access to water.
Fuddle-Moss is composed of dense clumps of tiny green leaves and hair-like stems. When the plant is in season, its shoots turn a fiery orangey-red colour which symbolises that the plant is ready to release fertilised spores into the atmosphere. These miniscule spores can travel for miles on a fair wind. Consequently, Fuddle-Moss, though sparse in its success, has spread to all corners of Elvara.   However, there is a second reason the plant releases spores besides reproduction. If a fully matured plant senses a threat when in season, it can secrete unfertilised spores which intoxicate anyone within a five metre radius. If ingested, these spores can cause anything from bouts of uncontrollable laughter and drowsiness, to paralysis and coma.   The seriousness of the individual’s predicament depends upon their constitution, and the number of spores ingested. In fact, the Malvarri Herbalist College have discovered a link between the effect of alcohol on a person and the effect of Fuddle-Moss spores. 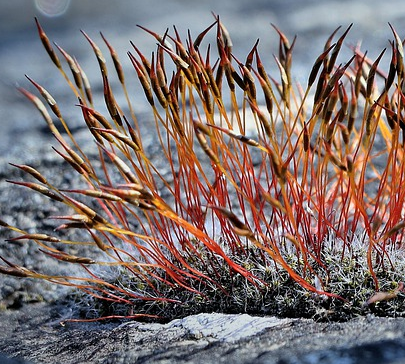 Though to some individuals it can have a pleasant, even euphoric effect, it is important to note that harvesting Fuddle-Moss when its spores are red or orange is a bad idea if you have no knowledge, or experience, of handling the plant in a professional capacity. When unfertilised, the seed pods have a potency similar to the likes of Valerian root, Hemlock Leaves, and Nightshade. However, once fertilised, the chemicals within the plant are neutralised and become benign, allowing for easy harvest and transportation.

'I’ve only come across Fuddle-Moss once in its natural environment. We were on an expedition to investigate the existence of Straggle-Reed within the Elvara Forest and its effects on native plant species and such like, when we heard, what can only be described as, a “rigmarole”.   We entered a small hollow, to investigate the source of the noise, where we were presented with an array of creatures. Deer, elk, boar, wolves, bears, you name it. Predators and prey interacting within the same limited space! Some were making a right racket, others were silent and still. Well, I’d seen nothing like it! On closer inspection, the floor of the clearing appeared to be carpeted with orange moss.   To cut a long story short, we had to stop working early that day. Three of my fellow botanists had uncontrollable giggles and I... Well, I passed out into a blissful slumber. I’ve not had a better night’s sleep since.'
Linus Bamba - Botany Professor at the Malvarri Herbalist College

Sepricaen Tribes have been using Fuddle-Moss for centuries. The roots are believed to have anti-septic properties and can also be used in medicines such as sleeping drafts. When in its green state, the moss can be used as an ingredient in basic Elven soups and broths and is famed for its peppery flavour. 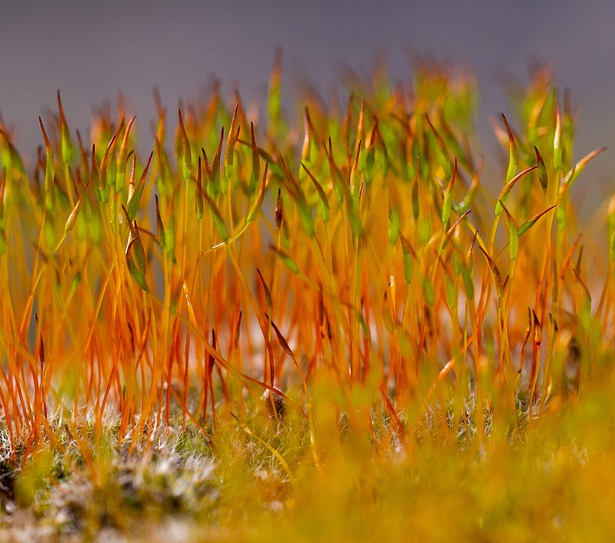 However, when the famous Embari Alchemist, Matias Vasco of the Era of Enlightenment, discovered that preventing the stoma from producing pollen sustained the plant in its toxic orange state, the popularity of Fuddle-Moss amongst Revaelorian nobles boomed. The plant was marketed as a "thief trapper", and cultivating the new version of the plant became a lucrative, if dangerous business.   Rich households would plant Fuddle-Moss around the borders of their properties, near walls and fences. The idea being that, if a nefarious intruder were to trespass on their property, they would more than likely incite the plant to release its spores by brushing against it.   The individual, having ingested the spores, would then either draw attention to themselves through disorderly behaviour, or pass out until they could be safely apprehended during the light of day. If the individual were to meet their demise, the property owner would be innocent of all wrongdoing.
However, this often failed to have the intended effect. Once the side-effects of the plants became common knowledge, landowners would often find certain individuals regularly coming into their gardens to lounge amongst the moss, some even stealing it for recreational use.


In 990 AE, the City Watch were called to a mass gathering in Lord Wilwood’s garden on the outskirts of the city of Revaelor.   The lord had returned home, from a luncheon with friends, when he noticed no less than thirty ‘drunken’ commoners dancing, partying and otherwise making fools of themselves towards the rear of his garden.   The outraged lord immediately called for the City Watch, who attempted to disperse the jovial crowd.   This resulted in a disorder which, to everyone's horror, saw several of Lord Wilwood’s prized marrows damaged. After much effort on behalf of the Watch, all thirty individuals were arrested for disorderly behaviour, trespass and damage to property.   Nobles now tend to avoid putting Fuddle-Moss on their land as a deterrent. 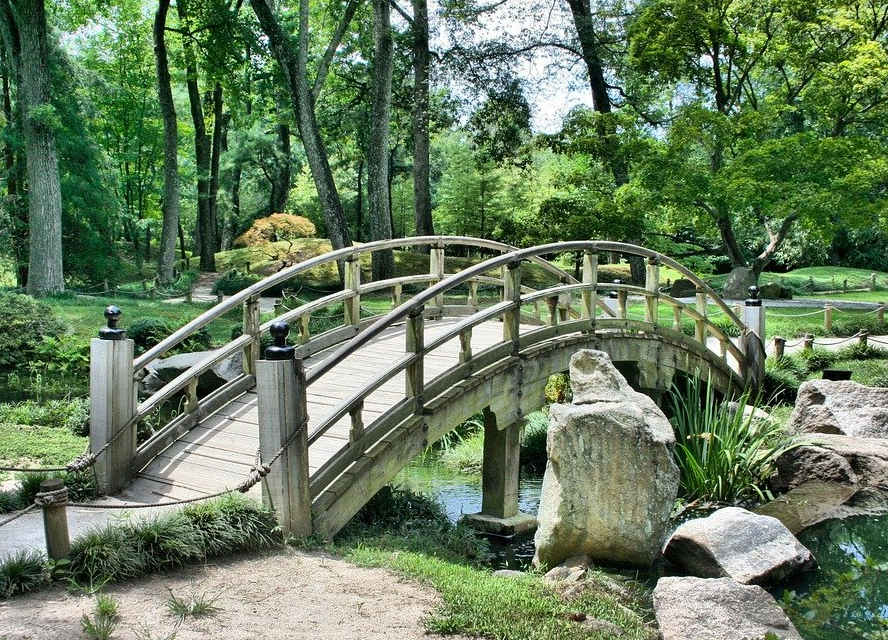 The declining popularity of the plant means that it only has two specific uses today.   The first is as an alchemical ingredient. The potency of material inside unfertilised Fuddle-Moss seeds means that when crushed, they are a popular ingredient in poisons and potions, perhaps most notably in the fatal poison Arawyn's Embrace. It can also be used as an alternative to Valerian Root in many popular sleeping potions.   The second is for use as a recreational drug which can be snorted or smoked. Please note that the writer of this article does not recommend you try this, because of the potentially fatal risk involved.
*This article was part of World Anvil's "Peculiar Plants Challenge" 2021
Flora and Fauna 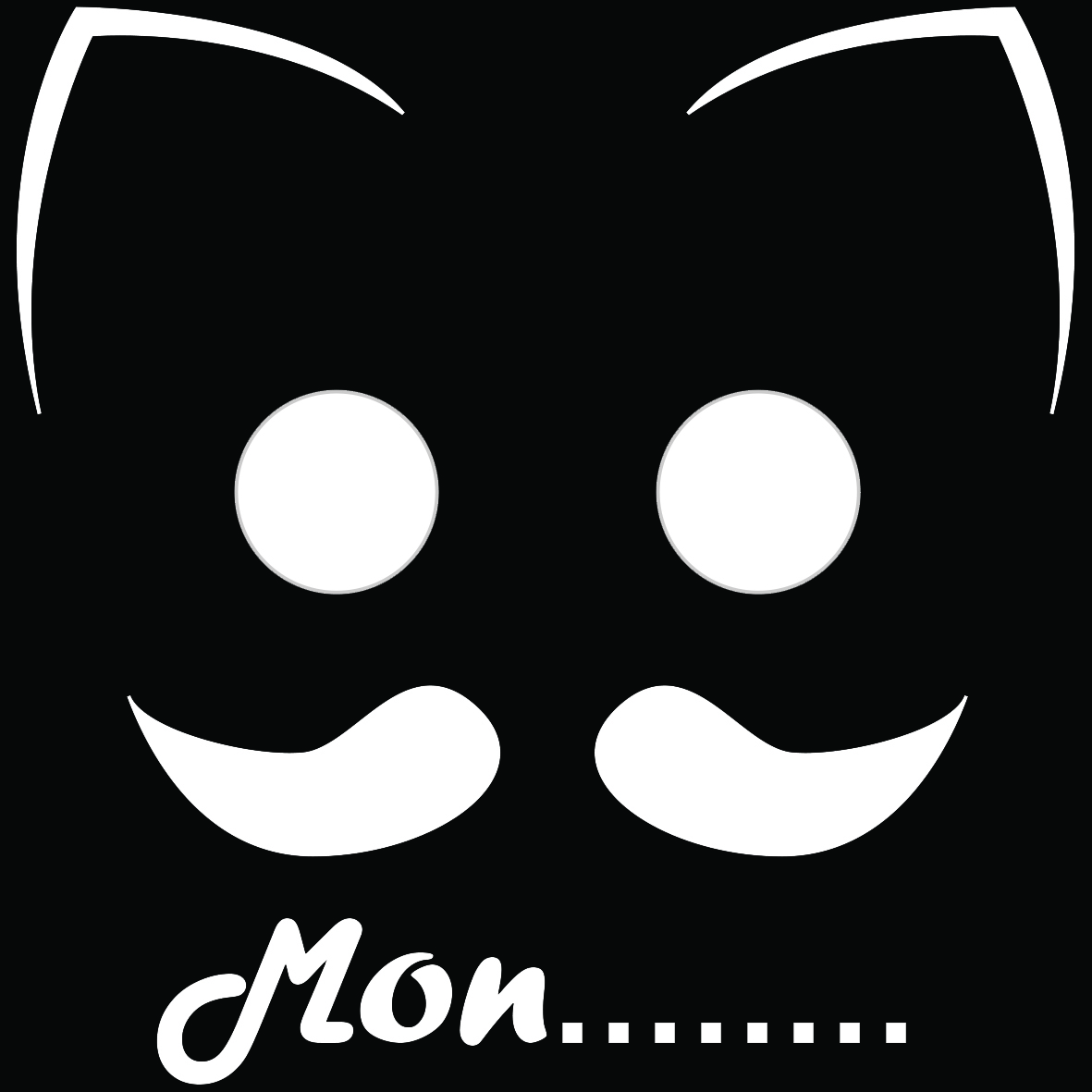 I love how the planting of the moss backfired spectacularly on those nobles.

Lol I know, but what about Lord Wilwood's poor marrows! Thanks for posting the first ever comment on one of my articles :)

'This resulted in a disorder which, to everyone's horror, saw several of Lord Wilwood’s prized marrows damaged.' Not the marrows!!!! D:   This is a wonderfully put together article. I love the little bits of humour, the quote from the botanist, and all the details about the moss. Really great job! :D

Thank you so much! I had a lot of fun writing it :)

You managed to make such a fun article to read! And yet, very informative :D

Aw thank you so much!

Hi! Thanks for this great read. I like your writing style, and the way you incorporated a historic evolution of the cultural uses of the plant! Not to mention, a moss is not the most frequent plant described.   I really like the way the use of the plant as a deterrent backfired. It brought a question to me: did people decide to purify the plant, or distil it for recreational use? Or is it only used in potions?

Actually I got my answer by reading the last sentence of the article, which I missed: it is snorted or smoked, that's on me.

Hehe thank you so much! Glad you enjoyed it :)

I like the part of the Fuddled Folly :) Must be quite a different unrest than usual to be put down by the guards. Nicely written article with funny parts added throughout. Nice read!

Thank you for taking time to comment! Means a lot, glad you enjoyed it :)

Okay. I’ll just be honest here. This article is HECKINF AMAZING! It really seems like something out of a fantasy world, and the references to other places such as the herbalist college and what not!   If I have to expand, I’ll say that the Article is great all around. The description is nice and believable. You build up the plant greatly with the details! Asides from that... I must say that the quote cracked me up!   I’m loving your world already! Congratulations!

Aw this made me smile, thank you! Glad you enjoyed my article :)

Oh no! Not the marrows! A really great article, though I wasn't sure if you meant anti-sceptic or, the more common, anti-septic?

A typo that had alluded me, good spot! Thanks for taking the time to read my article! :)

Great article :D This is really a fun moss! " In fact, the Malvarri Herbalist College have discovered a link between the effect of alcohol on a person and the effect of Fuddle-Moss spores." You don't say it explicitly, but I imagine that alcohol increases the effect of the spores?   "If the individual were to meet their demise, the property owner would be innocent of all wrongdoing." XD   When people pass out in the middle of the moss, do they not continue to breath the spores? Or do they spores settle down after a while and the moss stop releasing more? I'd imagine that either way staying there would increase the risks of overdose.   " landowners would often find certain individuals regularly coming into their gardens to lounge amongst the moss, some even stealing it for recreational use." XD   I love the anecdotes of the fuddled folly XD   " Please note that the writer of this article does not recommend you try this, because of the potentially fatal risk involved." Lol

Hi Amélie, thank you so much for taking the time to read my article and comment! I'm just glad you enjoyed it.   In answer to your question, once the spores are 'used up' the plant stops releasing them until it can produce more, this usually takes around 48 hours. As it is a moss, it is made up of tinier individual plants which make up the larger whole so not all of the tiny plants will go into defensive mode if they do not perceive any danger (i.e. if they aren't touched or brushed past etc.)   Hope this answers your question :)

The marrows had it coming. Also: Wouldn't a smart thief just use proper facial coverings to protect against the spores? Anyway, neat plant, and those nobles really were fools. XD

Haha thanks for commenting, I hope you enjoyed the article! I suppose a smart thief would indeed use a face covering! There's always a way to foil the plans of pesky Nobles :')